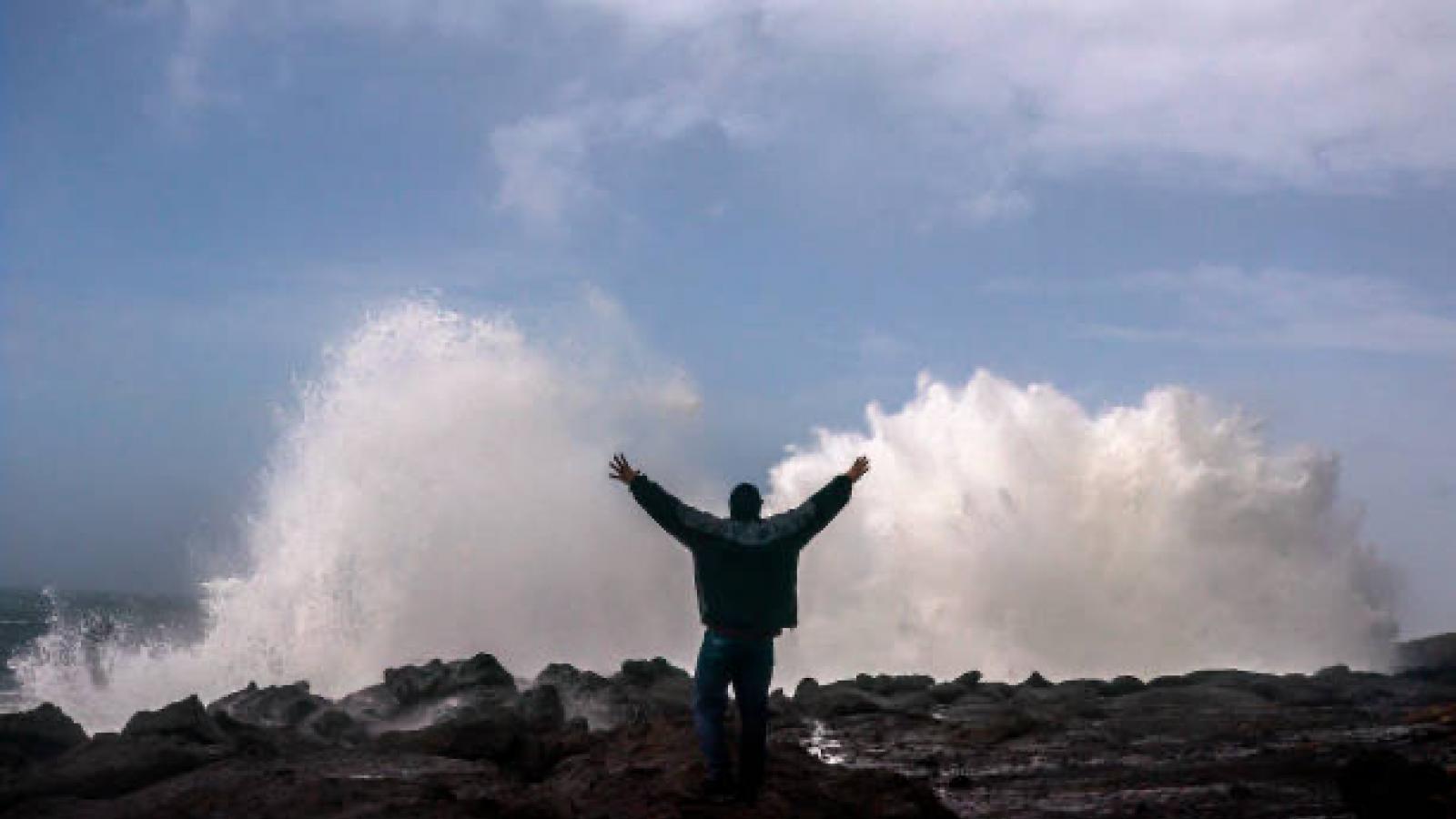 Storm surge in Oregon caused by a cyclone.
Getty Images
By The Center Square Staff

“An impressive 72 hour rainfall totals were seen throughout the area," the National Weather Service Sacramento reported Monday, with Strawberry Valley in Yuba County receiving the most rainfall of 13.57 inches, followed by Seedorchard in Placer County, with 13.35 inches, and 12.81 inches in Grass Valley in Nevada County.

A bomb cyclone is a rapidly strengthening storm during which air pressure drops quickly, coinciding with the direction of a storm.

The weather service reported that over a 24 hour period, it had received 81.9% of the total precipitation from the entire 2020-2021 water year.

Flooding across the San Francisco Bay Area forced streets in Berkeley to close; in Marin County, widespread street flooding in San Rafael, Mill Valley and other areas was reported.

“The current storm has caused damage and flooding across Marin County and San Rafael, damaging trees and power lines, causing localized flooding and street closures, and keeping first responders busy,” the city of San Rafael said. “All residents are encouraged to stay home and shelter in place. This event poses some unique challenges. In addition to the large amount of rain over a short period of time, the timing of the tides and westerly winds push the bay water back into drainage systems. In addition, trees are more prone to wind damage when they still have leaves.”

Since midnight Sunday, there have been more than 330 calls for fire or police assistance, four times the average call volume, the city said.

The National Weather Service in Sacramento warned Monday, “While the heaviest precipitation continues to make its way out of the area, some isolated Valley and foothill storms may be seen this afternoon into the early evening. Storms will be capable of producing brief, heavy rain, small hail, and lightning. When thunder roars, go indoors.”

North, in Butte County, California's Highway Patrol closed State Route 70 to protect motorists from mudslides and debris in an area that had been scorched by the Caldor Fire.

The fire destroyed 346 square miles and burned hundreds of homes, leaving in its wake charred earth susceptible to erosion, creating the perfect condition for mudslides and flash flooding.

In areas near the Santa Cruz Mountains and parts of western Santa Barbara County, evacuation orders were issued due to the potential of mudslides and flash flooding.

"Flooding, rock slides, chain controls, overturned vehicles – and that was just this morning," the California Transportation Department tweeted. "This atmospheric river storm is expected to intensify with heavy rain and significant snow into tomorrow. Do NOT drive if you don't have to."

The torrential downpour comes one week after California Gov. Gavin Newsom declared a statewide drought emergency, and after nearly two million acres in California were burned by wildfire in 2021.

In addition to more than 160,000 homes and businesses in California losing power on Sunday, the storm pummeled the Pacific Northwest, also causing power outages impacting more than 170,000 homes in Washington, and 28,000 in Oregon, the Associated Press reported.