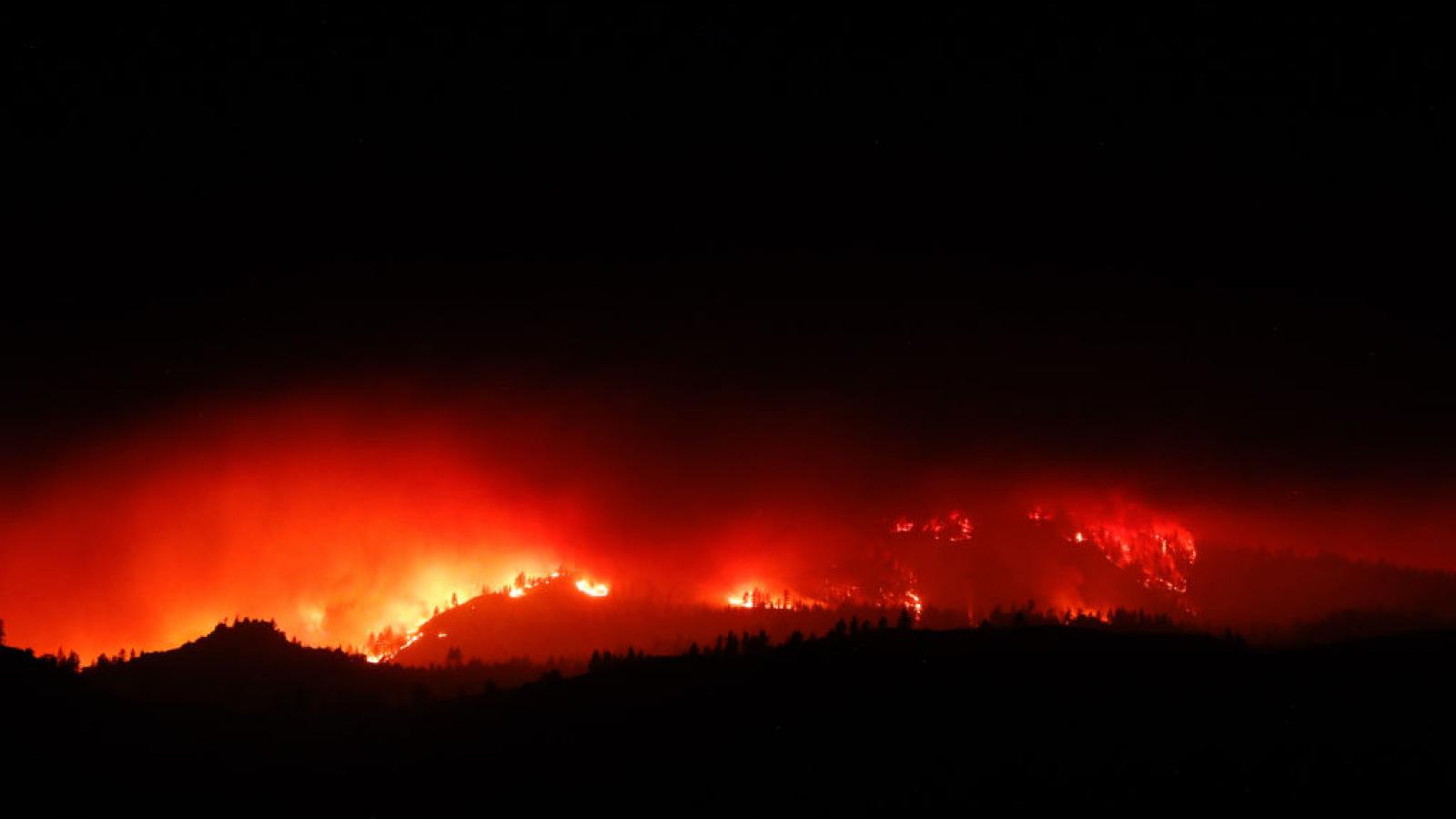 Trees burning due to the Beckwourth Complex fire that approaches hwy 395 in California on July 9, 2021
(Photo by Ty ONeil/SOPA Images/LightRocket via Getty Images)
By The Center Square Staff

More than one million acres have already burned in California as of Aug. 14, Cal Fire reports.

California’s scorched earth totals nearly one quarter of all the acres of land that have burned nationally this year, about 3.9 million acres, according to the National Interagency Fire Center.

The August Complex, a compilation of more than 30 fires, was reportedly ignited by lightning and to date was the largest wildfire in California history.

So far this year, more than 10,300 wildfire personnel are battling wildfires in California, nearly half of those battling all fires nationwide.

While California Gov. Gavin Newsom has blamed the federal government for the fires burning on federal lands in California, the U.S. Forest Service has spent roughly $200 million every year to suppress 98% of fires occurring on national forest land, the agency reports. It also spends an additional $1 billion to suppress roughly 2% of fires classified as catastrophic.

About 20 million acres of forest in California are designated as national forest land. Over the past decade, an average of 400,000 acres of federal land burned every year, the U.S. Forest Service reports.