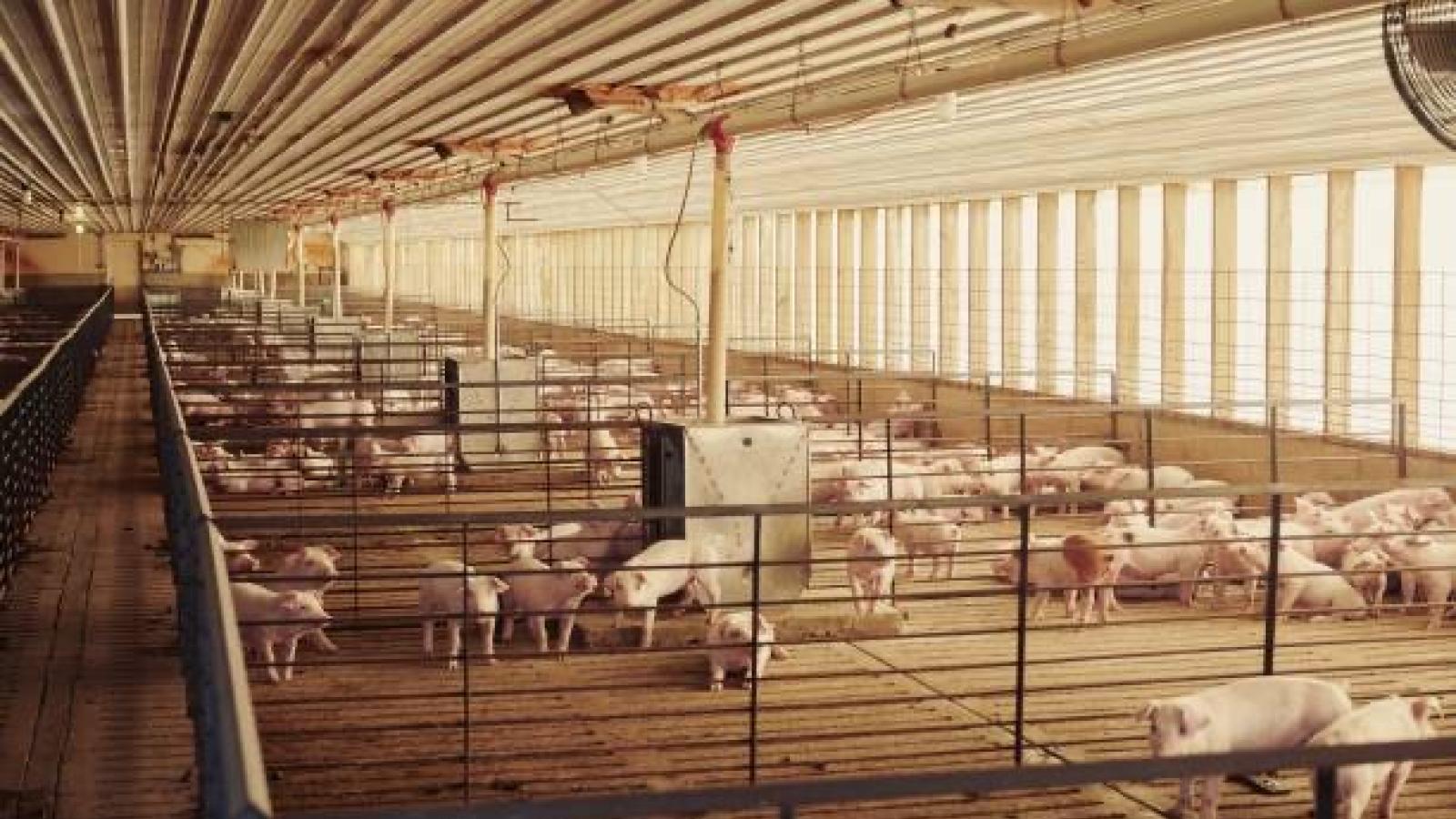 An Iowa hog farm.
Bloomberg via Getty Images
By The Center Square Staff

Attorneys general from 26 states are urging the U.S. Supreme Court to overturn a lower-court decision upholding a California law banning the raising or importing pork, veal or eggs if the animals are confined.

The Supreme Court announced on March 28 that it would hear the pork industry’s challenge to California’s Proposition 12, a law restricting confinement practices in animal agriculture. The Supreme Court is scheduled to hear arguments on Oct. 11.

Prop. 12 was approved by 63% of California voters in 2018. The law established minimum space requirements based on square feet for calves raised for veal, breeding pigs and egg-laying hens. It banned the sale of products from those animals if they were “confined in a cruel manner,” defined as in areas below minimum square-feet requirements.

The case, National Pork Producers Council v. Karen Ross, the Secretary of the California Department of Food and Agriculture, focuses on the regulation of animal products outside of California by prohibiting the in-state sale of products traceable to the animal being confined in a “cruel manner.” The Pork Producers and others argue the law violates the Interstate Commerce Clause and general constitutional restrictions against “extraterritorial regulation.”

The brief filed by the attorneys general states California consumes 13% of the nation’s pork and imports 99.87% of pork consumed. The attorneys general argue the “entire impact of Proposition 12 will be visited on out-of-state producers that, though they have no vote in California, must remodel their farms (or reduce their herds) to comply with the law.”

Of the 19 briefs filed with the Supreme Court on the case last week, all urged the court to reverse the lower court’s decision, with the exception of two neutral parties providing economic information.

A brief filed to persuade the Supreme Court not to hear the case was filed last year by The Humane Society of the United States, Animal Legal Defense Fund, Animal Equality, The Humane League, Farm Sanctuary, Compassion in World Farming USA, and Animal Outlook. They stated the Pork Producers’ argument uses a “dormant Commerce Clause” to stop in-state sales of certain pork products from “animals confined in cruel and unsanitary conditions that threaten the health of California consumers. … Because that prohibition applies only to sales inside California, moreover, producers outside California are free to confine animals however they choose for products sold outside the state.”