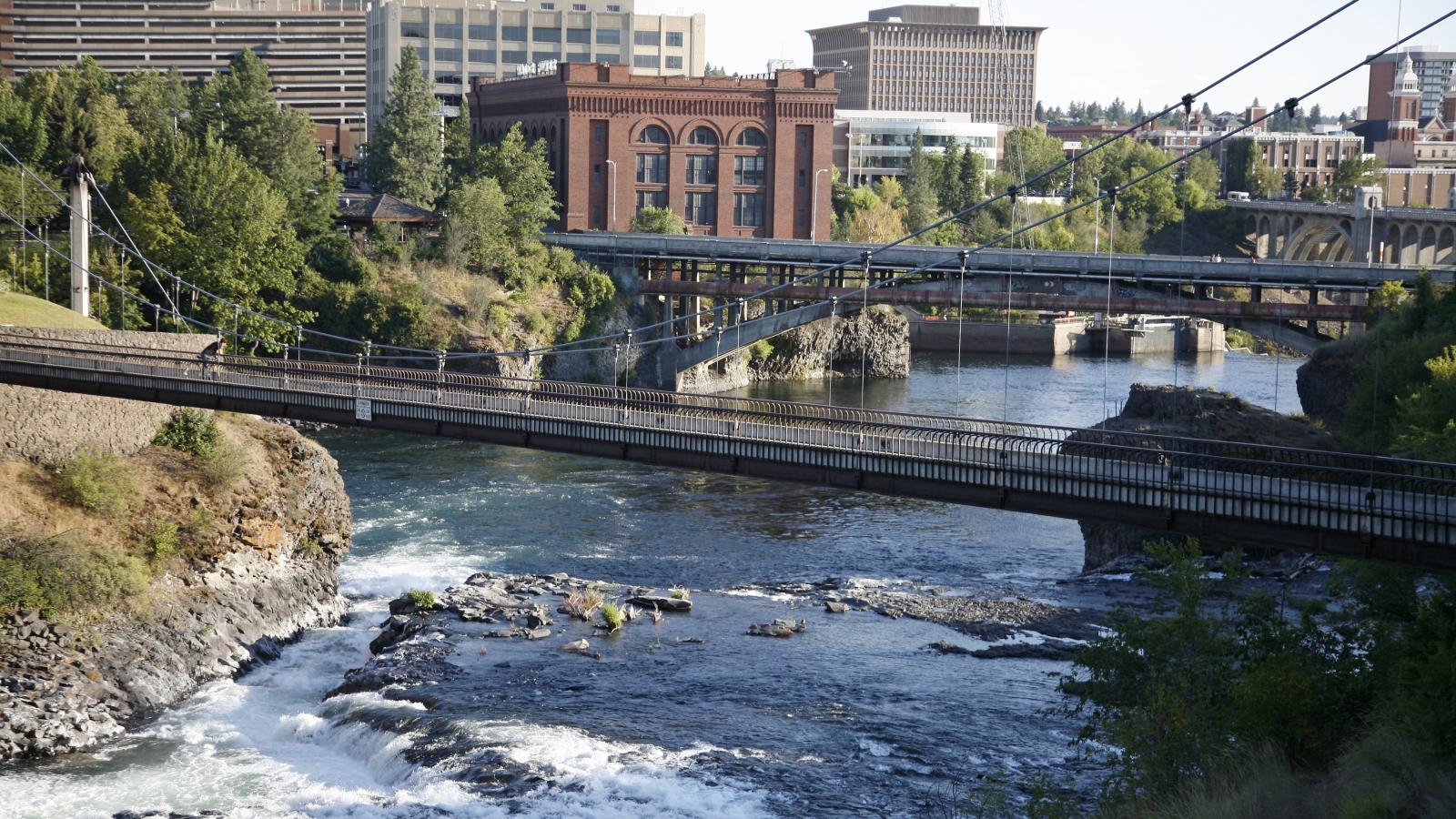 The Spokane City Council will soon receive a petition from Gonzaga University students and local community members asking that the statue of John Monaghan be removed.

The memorial to Monaghan sits at Monroe Street and Riverside Avenue in downtown Spokane. The son of a wealthy Spokane business man, Monaghan died near Apia, Samoa, in 1899.

According to historical records, he participated in the Spanish-American and died as part of a related conflict involving colonization called the Philippine-American War.

Monaghan was born in Chewelah and part of the first class to graduate from Gonzaga. He later trained for the military at the U.S. Naval Academy.

The plaque on his statue that was erected in 1906 reads: “During the retreat of the allied forces from the deadly fire and overwhelming number of the savage foe, he alone stood the fearful onslaught and sacrificed his life defending a wounded comrade Lieutenant Philip V. Lansdale United States Navy.”

Students and community members of Samoan and Pacific Islander heritage have spoken out against the statute. They say that is symbolizes racism that led to the burning of villages and murder of civilians, including women and children.

Kiana McKenna, director of Policy and Civic Engagement at Pacific Islander Community Association of Washington, recently told a Spokesman-Review reporter that the Monaghan statue commemorates a war that was not honorable and that caused pain and destruction of Samoan communities.

It serves as a constant reminder of a painful past and continues to cause pain, McKenna said.

Opponents of the statue have nearly succeeded in their goal to gather 2,000 signatures on an online petition that will be turned over to the city council.

They have stated plans to ask the council to exercise its authority to remove the statute by early June.

As of Friday, the online petition, sign.moveon/org/petitions/remove-the-racist-john-r-monaghan-statue-in-downtown-spokane-wa, had garnered 1,805 signatures.

The petition outlines that the dedication of the Monaghan statue was tinged with “anti-Samoan racism and white supremacy.” As such, the statue has served as a rallying point and justification for these attitudes ever since.

“This monument - like the war it memorializes - is unjust. The monument represents an injustice in that it attempts to honor Monaghan using a distorted and false depiction of both the war and an entire people.

“For Spokanites unfamiliar with our Pacific Islander community, the monument represents an injustice in that it perpetuates a single, erroneous story about Sāmoans and Sāmoan-Americans as a savage foe and robs both them and us of our humanity.”

The petition states that Monaghan was among the U.S. officers and sailors who went ashore to burn villages after bombarding Samoa with shells from the USS Philadelphia.

“An eyewitness to one of these bombardments reported ‘shells bursting everywhere; the cries of the bedridden and the helplessly wounded burning alive in their blazing houses...mangled children crawling on the sands,” reads the petition.

The argument for removal concludes by saying, “The widespread reputation of this monument is a humiliation to our Spokane community."

Ensign Monaghan and his combined British, American and Samoan force were ambushed in March 1899 by a group of rebel Samoans.

When the unit’s leader, Philip Lansdale, was wounded, Monaghan seized a rifle and attempted to rescue the injured officer.

The official report of the action stated: "The men were not in sufficient numbers to hold out any longer, and they were forced along by a fire which it was impossible to withstand. Ensign Monaghan did stand. He stood steadfast by his wounded superior and friend—one rifle against many, one brave man against a score of [Indigenous islanders]. He knew he was doomed. He could not yield. He died in heroic performance of duty."