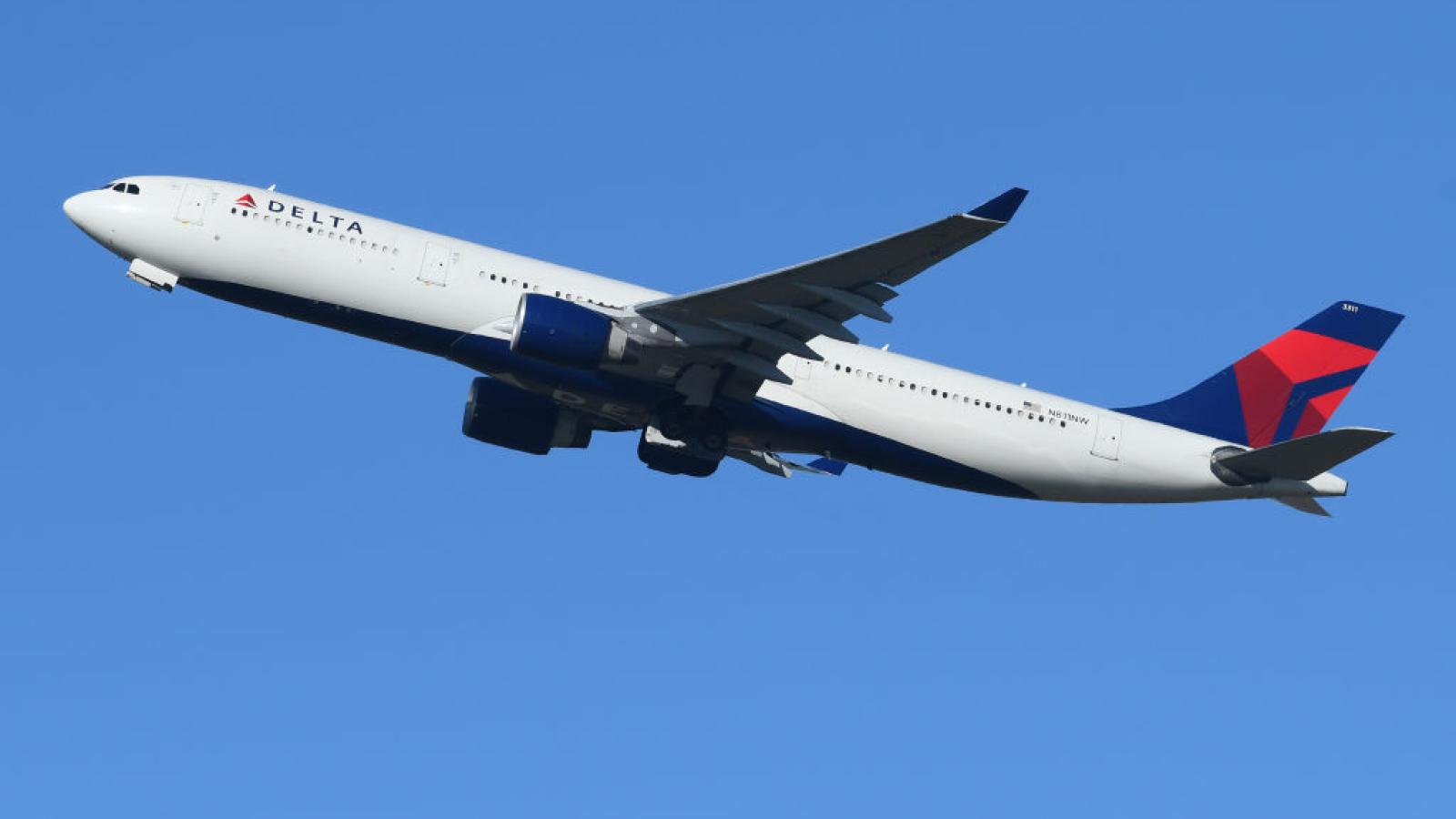 A Delta airliner
(Mondadori Portfolio/Getty)
By The Center Square Staff

The major airlines are aligned in pushing for tax incentives in Illinois when purchasing sustainable aviation fuel, or SAF.

House Bill 5749 from state Rep. Mike Zalewski, D-Riverside, was discussed last month during a House Revenue and Finance Committee hearing. The measure promotes more use of sustainable aviation fuel by giving a $2 a gallon credit for the use of SAF.

Bill Glunz with American Airlines said the measure makes sense for airlines in the continued push for cleaner energy.

“We’re large consumers of fossil fuels, that’s not a secret, and this is the way we move the needle,” Glunz said. “The big way is sustainable aviation fuel.”

Dan Lynch with United Airlines argued lawmakers need the right policies in place to ease airlines into it.

The Illinois Department of Revenue said the issue is worth continued discussion, but warned the more SAF is used, the more cost prohibitive to the state the credit would become.

Aaron Robinson with United Airlines told the committee SAF can be made with agricultural byproducts, similar to biodiesel, something that could make Illinois a major player if the right policies are in place.

“To really make these benefits, greenhouse gas emissions reductions, local air quality improvements and clean economy jobs all a reality here in Illinois and can really further establish in fact as a national leader in enabling a cleaner future,” Robinson said.

Illinois Department of Revenue Director David Harris said that’s not what this bill does.

“You want to establish some sort of a credit as we have done for other industries, that if you locate in Illinois then you’re going to get a credit for the production in Illinois,” Harris said.

There are also concerns that the provision could give a credit for fuel purchased in Illinois but not taxed because it’s for an international flight.

It’s unclear if the measure would advance in the final weeks of scheduled session before a new General Assembly is seated mid-January.