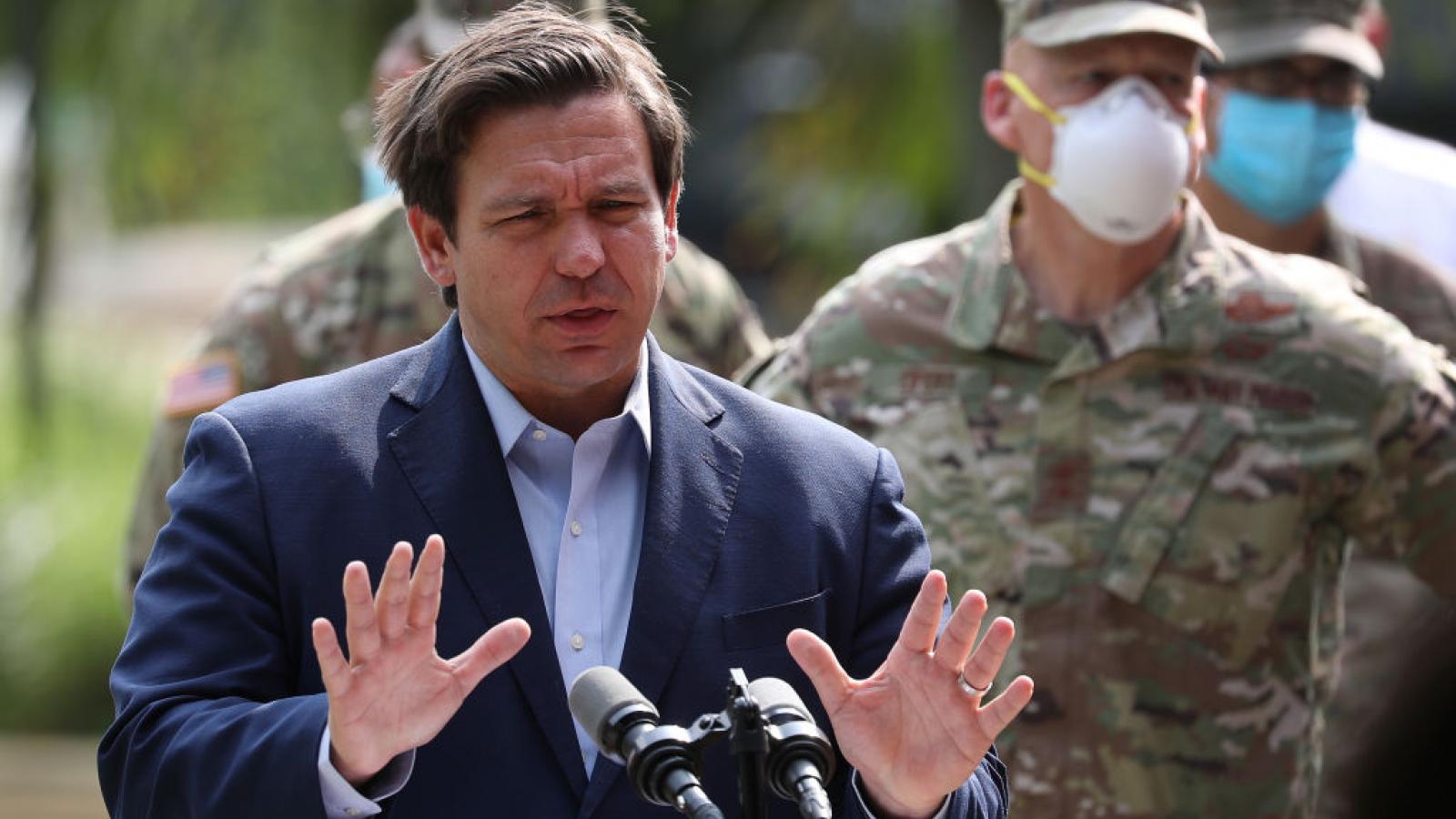 Gov. Ron DeSantis on Tuesday said the state of Florida would be looking into ways it can potentially “hold accountable” the Twitter board of directors.

He made the remarks at a news conference in The Villages, where he signed another education reform bill into law.

DeSantis' announcement came after it was reported that Twitter was considering “a poison pill to thwart” an offer that billionaire Elon Musk made to purchase the company. In response, Musk tweeted, “If the current Twitter board takes actions contrary to shareholder interests, they would be breaching their fiduciary duty. The liability they would thereby assume would be titanic in scale.”

DeSantis said Tuesday the state of Florida has shares in Twitter, which he indicated was problematic.

“I didn’t buy it,” he said referring to the state’s investment in Twitter. “We have people that run the fund. But nevertheless, it hasn’t been exactly great on returns on investment. It’s been pretty stagnant for many, many years. To me I think that’s probably an injury to the fund.”

He said his administration “was looking at ways the state of Florida potentially can be holding these Twitter board of directors accountable for breaching their fiduciary duty.”

The Tesla CEO has been buying Twitter shares since the end of January, spending $2.64 billion, according to an SEC filing. According to the filing, Musk owned 9.1% of Twitter. Initially, Twitter CEO Parag Agrawal expressed excitement that Musk would join Twitter’s board. Five days later, he announced Musk wasn’t joining the board.

Four days after that, Musk offered to purchase Twitter, tweeting he would “endeavor to keep as many shareholders in privatized Twitter as allowed by law.”

In his SEC filing, Musk included a letter to Bret Taylor, chairman of the board of Twitter, stating, “I invested in Twitter as I believe in its potential to be the platform for free speech around the globe, and I believe free speech is a societal imperative for a functioning democracy.

“However, since making my investment I now realize the company will neither thrive nor serve this societal imperative in its current form. Twitter needs to be transformed as a private company.”

Twitter has faced criticism for years for limiting free speech on its platform, blocking user content and users themselves, including banning former President Donald Trump from using the platform.

Musk, an avid Tweeter with 80 million followers, told Chris Anderson in a TED interview last week, “It’s just really important that people have the reality and the perception that they’re able to speak freely within the bounds of the law. I think broadly, the civilizational risk is decreased the more we can increase the trust of Twitter as a public platform.”

Twitter isn’t the first company DeSantis is hoping to distance from Florida investment.

Last December, Florida began divesting funds in what he called “woke corporations” operating in the state, DeSantis said. He made the announcement after he and two other trustees of the State Board of Administration voted to retake "control of the state pension fund’s proxy voting from outside fund managers who may pursue social ideologies inconsistent with the state’s values or the financial interests of the state’s investments, and by determining the state’s exposure to Chinese investments.”

This year, DeSantis signed bills into law to protect parents, children, teachers and employees from “woke ideology” and the state Department of Education recently rejected 41% of submitted math books over CRT.