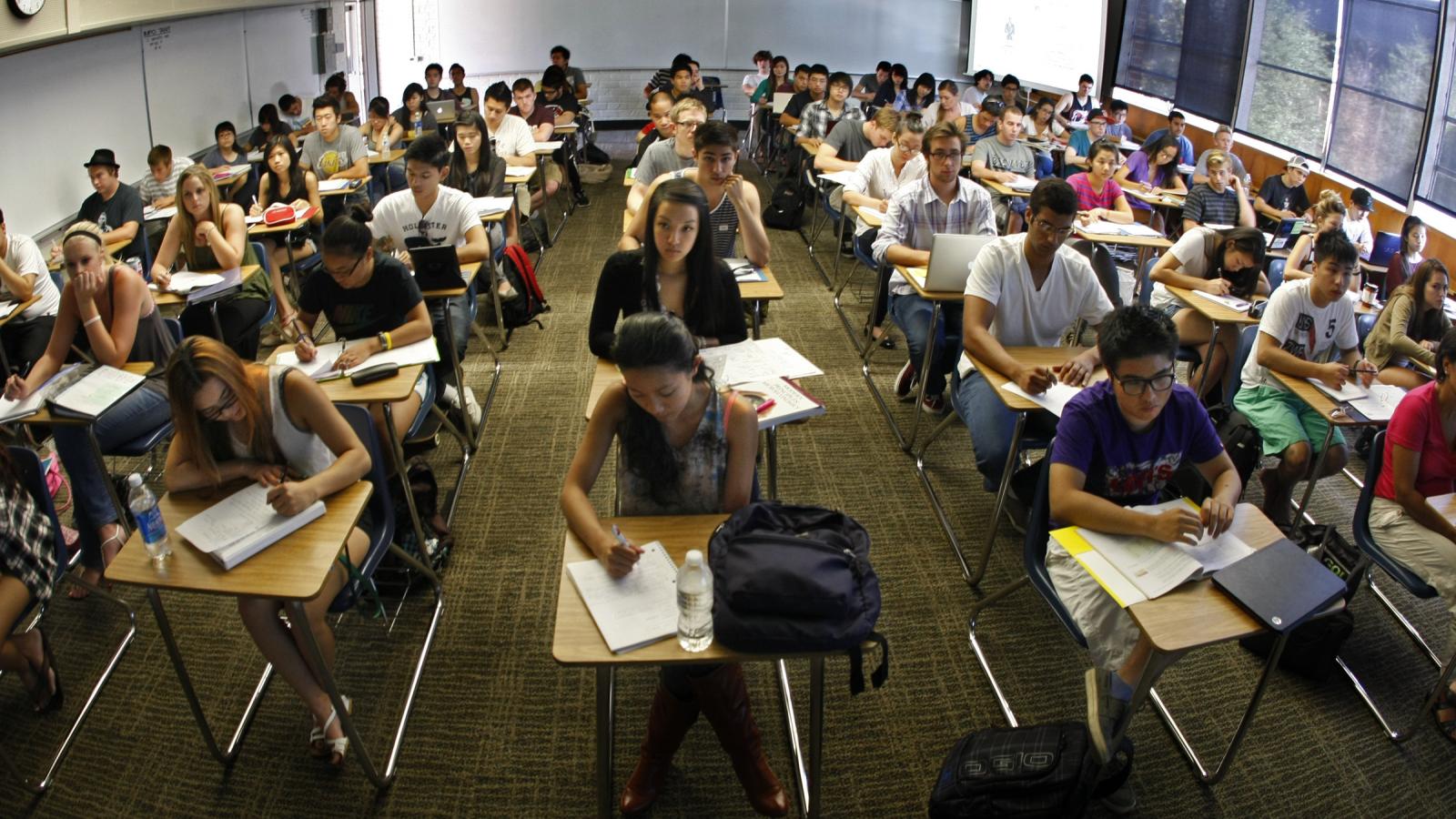 Students pursuing a bachelor's degree in Florida pay the lowest tuition in the country, a new analysis by the College Board reveals.

In its "Annual Trends in College Pricing" report, it ranks Florida as the least expensive state to obtain a bachelor's degree for the 2022-23 academic year for students who attend a public university.

The findings came after U.S. News & World Report earlier this year ranked Florida first in the U.S. for tuition and fees and first for higher education overall since its rankings inception in 2017.

"A college degree should not put our students into a lifetime of debt," said Gov. Ron DeSantis, who's pushed back against President Biden's plan to forgive student loan debt. "Florida's public college and university system is number one in the country because we put students first and this achievement proves we are on the right track. We will continue to prioritize offering a world-class education at an affordable price, providing the greatest value for our students."

While other states have increased tuition for their higher education institutions, Florida has held tuition and fees flat since 2014-2015. Nationally, tuition has increased by 17% over the same time period.

According to the analysis, the average 2022-2023 in-state tuition and fees cost students $6,370. After factoring in Florida's investment in Bright Futures and other financial aid, the average State University System student pays less than $3,400 for a bachelor's degree. This represents a decrease in cost for five consecutive years.

While costs for students have declined, the State University System recently announced a 12% five-year increase in graduation rates and a 49% year-over-year drop in the student cost for a bachelor's degree.

As the second-largest system in the U.S. includes 12 public universities serving more than 430,000 students.

Brian Lamb, Chair of the Board of Governors of the state system, said the successes were largely due to investments made by the governor and Legislature to keep tuition and fee costs down. He also said it "reflects the emphasis our Board and university leadership have placed on accountability, performance, and cost, all of which attract the best and brightest students who seek the exceptional educational experience Florida's institutions offer."

While the Biden administration is attempting to place the burden of student debt on taxpayers, the governor's office notes, Florida's 12 public universities have kept costs low and reduced the amount in student loans needed to earn a degree. Of the system's 430,000 students, roughly 17,000 fewer resident undergraduate students took out loans in 2020-21 compared to 2019-20. The state also reported lower loan default rates. The majority, 75%, of resident undergraduate students took out no loans.

Increased financial aid through Florida's Bright Futures and the Florida Student Assistance Grant, have increased graduation rates, the Board of Governors notes, and consistently low tuition made it easier for more resident undergraduate students to not have to take out loans.

"Florida is the top-ranked state across the board," the report states, because it "embraces education freedom, respects parents' rights, and provides a decent ROI for taxpayers."

Earlier this year, DeSantis signed a higher education reform bill into law that implemented a range of transparency requirements and streamlined bureaucratic processes to make attending higher education institutions easier and less expensive for students. The reforms, which went into effect July 1 "will dismantle the accreditation monopoly, bring accountability to tenured faculty, provide transparency in curriculum and protect students against fee increases," DeSantis said when he signed the bill into law.