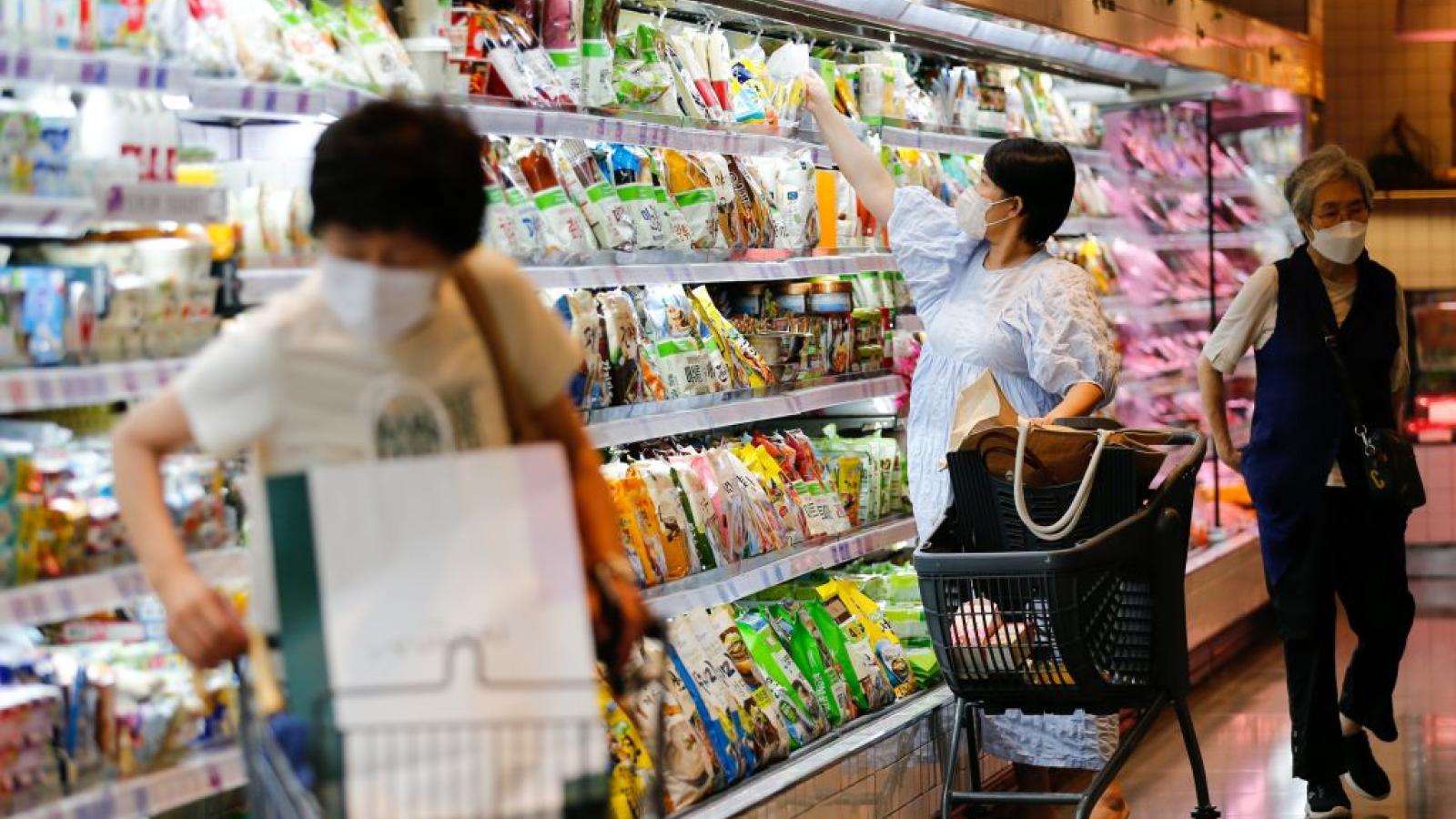 Despite slowing inflation in July, food prices have continued to rise at historic levels, the U.S. Bureau of Labor Statistics reported Wednesday.

“The food index increased 10.9 percent over the last year, the largest 12-month increase since the period ending May 1979,” BLS said.

Some grocery store items have seen prices rise even faster, though.

"The food at home index rose 13.1 percent over the last 12 months, the largest 12-month increase since the period ending March 1979," BLS said. "The index for other food at home rose 15.8 percent and the index for cereals and bakery products increased 15.0 percent over the year. The remaining major grocery store food groups posted increases ranging from 9.3 percent (fruits and vegetables) to 14.9 percent (dairy and related products)."

Those price hikes on food were offset, though, by a drop in gas prices, leading to an overall unchanged consumer price index for the month of July.

BLS said consumer prices have risen 8.5% in the last 12 months.

“The index for all items less food and energy rose 0.3 percent in July, a smaller increase than in April, May, or June. The indexes for shelter, medical care, motor vehicle insurance, household furnishings and operations, new vehicles, and recreation were among those that increased over the month. There were some indexes that declined in July, including those for airline fares, used cars and trucks, communication, and apparel.”

In June, consumer prices rose much more, roughly 1.3%. The difference in July came down to gas prices.

Gas prices hit a record national average of $5 per gallon in June but have dropped over the last eight weeks, now at $4 per gallon of regular gas.

The national average price just one month ago was $4.68 per gallon of regular gas.

“The national average is poised to fall back under $4 per gallon as early as today as we see the decline in gas prices enter its eighth straight week,” said Patrick De Haan, head of petroleum analysis at GasBuddy. "By the end of the week, one hundred thousand stations will be at $3.99 or less.”