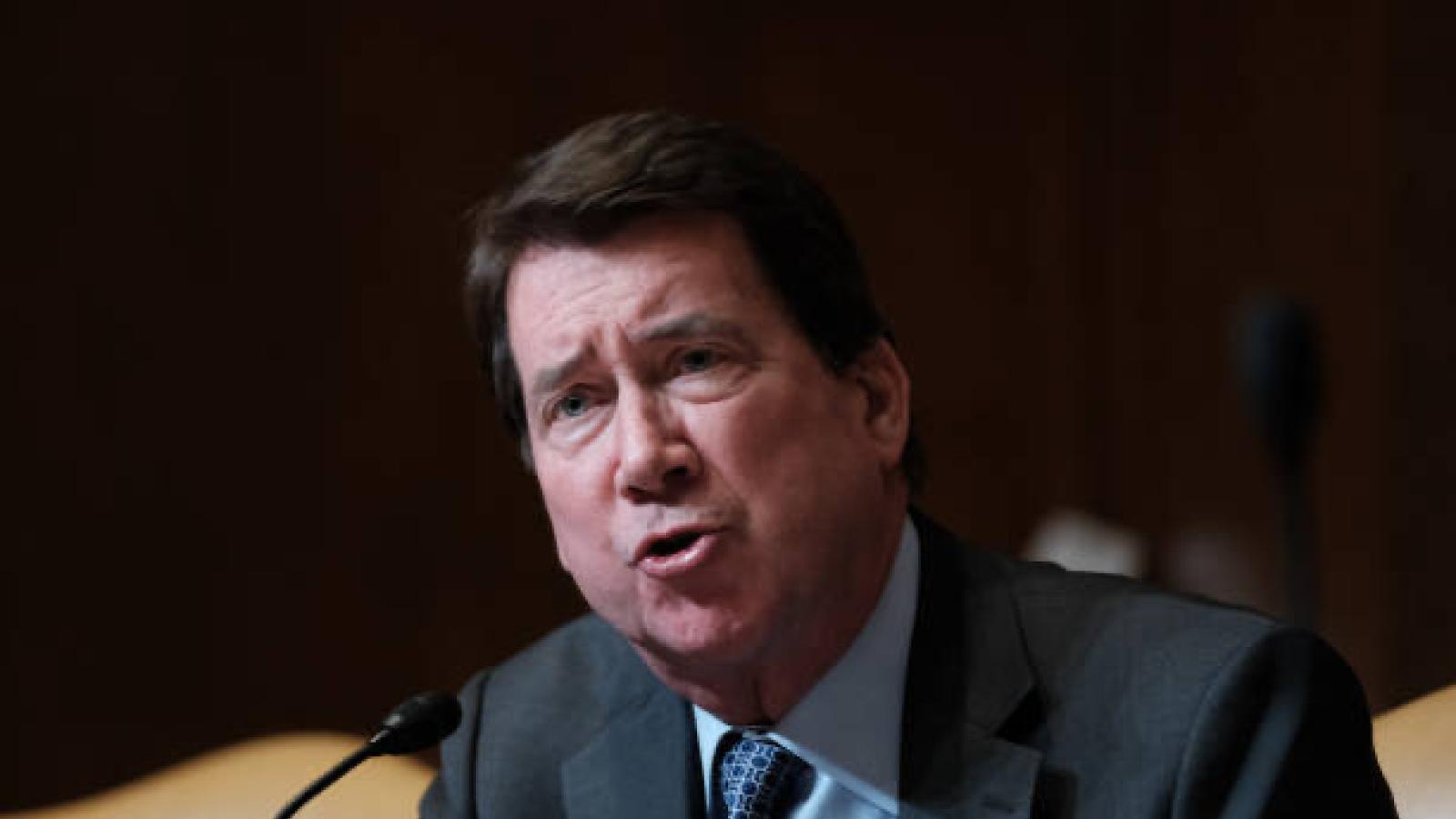 Sen. Bill Hagerty, R-Tenn., says the creation of a board within the Department of Homeland Security (DHS) tasked with combating "disinformation" is likely illegal.

Creating the board and hiring its new director without Congressional authorization violates several federal laws, Hagerty, R-Tenn., said. Knowingly and willfully violating one of them carries a $5,000 fine and up to two years in prison, he adds.

Hagerty sent a letter to DHS Secretary Alejandro Mayorkas saying his “actions merit review by Congress, both as a general matter, as well as under the Congressional Review Act (CRA) and because the actions may be in violation of provisions of the Antideficiency Act.”

He told Mayorkas that “you will comply with the requirements” of the CRA when it comes to the creation of DHS’ disinformation board because the law requires “any agency action that falls within the definition of a ‘rule’ must be submitted to Congress for review before it can take effect.”

Creating the board and hiring its new director, Nina Jankowicz, “may also be a direct violation of provisions of the Antideficiency Act,” Hagerty wrote. The law prohibits “making or authorizing an expenditure from, or creating or authorizing an obligation under, any appropriation or fund in excess of the amount available in the appropriation or fund unless authorized by law.”

Federal funding available for the board and for Jankowicz’s salary “is ‘none,’” he said, because “Congress explicitly defunded it, just weeks ago.”

Hagerty also put Mayorkas on notice, writing: “As you know, an officer or employee, including you, who violates the Antideficiency Act ‘shall be subject to appropriate administrative discipline,’ and, for willful violations, faces a criminal fine, imprisonment, or both.”

After receiving a wide range of criticism about the DHS’s disinformation board, Mayorkas hit the television circuit last weekend and testified before the Senate on Wednesday. DHS also published a fact sheet about its disinformation initiative, calling it an internal working group.

Initially, Mayorkas said DHS had been talking with secretaries of state and the new board’s focus would be on the upcoming midterm elections. But the fact sheet states its focus is on “disinformation spread by foreign states such as Russia, China, and Iran, or other adversaries such as transnational criminal organizations and human smuggling organizations. Such malicious actors often spread disinformation to exploit vulnerable individuals and the American public, including during national emergencies.”

Mayorkas defended the Jankowicz selection despite numerous claims she’s made that have been proven to be false, while she labeled many Americans exercising their free speech as “disinformation launderers,” even labeling Loudon County, Virginia, parents who opposed curriculum being taught to their children as “disinformers’ engaged in ‘disinformation for profit.’”

Twenty attorneys general demanded that Mayorkas immediately shut down DHS’ disinformation board, or working group, regardless of what it’s called, arguing it’s unconstitutional, illegal and un-American. If he doesn’t, they said they will take legal action.

Hagerty gave Mayorkas until May 16 to submit to Congress the rules and policies the DHS disinformation board would implement. He also instructed Mayorkas to submit a letter to the Director of the Office of Management and Budget, President Joe Biden, Congress, and Comptroller General of the United States that includes specific information about “the violation if it has indeed occurred.”