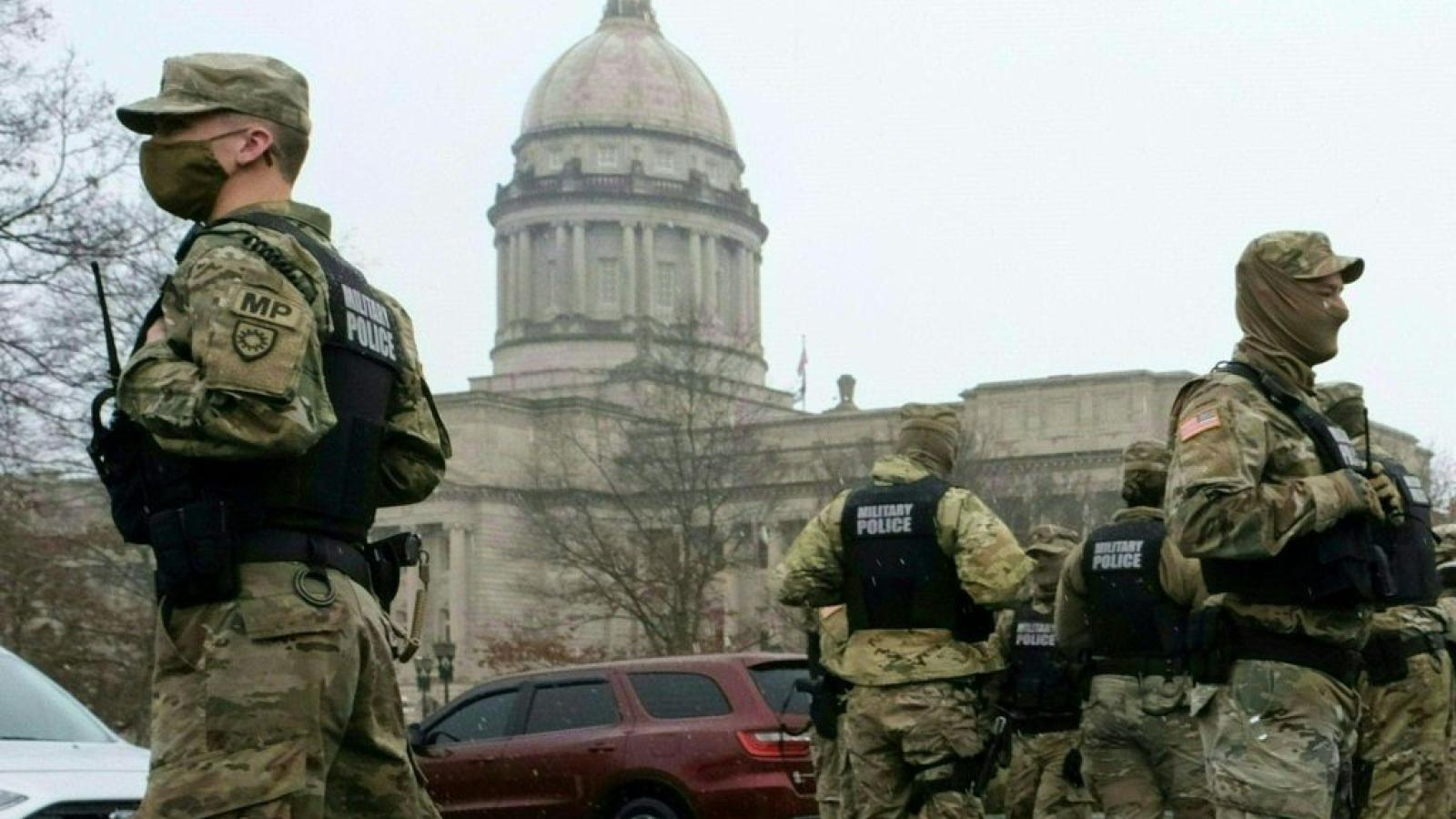 National Guard members outside the Kentucky State Capitol on Jan. 17, 2021
Jeff Dean/AFP via Getty Images
By The Center Square Staff

A historic political moment occurred Friday in Kentucky, when Secretary of State Michael Adams announced that Republicans have overtaken Democrats as the state’s leading party in terms of registered voters.

In a statement, Adams – himself a Republican – paid homage to Abraham Lincoln, a Kentucky native and the first Republican president, to mark the occasion.

“After a century and a half, the birthplace of Lincoln has finally aligned with the party of Lincoln,” he said. “Today is a grand day for all of us in the Grand Old Party who have worked so hard for so long to advance our goals of limited government and personal responsibility.”

The rise of the Republican Party is due to a combination of several factors, according to Michon Lindstrom, the communications director for the secretary of state’s office.

More than 126,000 dead voters have been removed from the rolls since Adams took office in January 2020, but Lindstrom also told The Center Square that the office is seeing an uptick of voters changing affiliations. In addition, she noted registration efforts that lagged during the pandemic have picked up in recent months.

The numbers show a faint gap in the voter registration rolls, with both parties each holding about 45% of the registered voters. However, the numbers also belie a shift that has taken place in Kentucky politics – and national politics, too – for nearly 40 years.

While the GOP had always been a competitive party despite the Democratic edge in voter registration, Mitch McConnell’s 1984 win over incumbent U.S. Sen. Walter “Dee” Huddleston set off the chain of events leading to the Republican Party becoming the state’s party of power.

In a statement through the state party, McConnell said Friday was a day he never thought would happen. He credited the “grassroots efforts” to overtake the Democrats’ long-standing advantage.

“This is great news for the commonwealth, but it’s just the beginning,” he said.

The last Kentucky Democrat to win a U.S. Senate race was then-U.S. Sen. Wendell Ford in 1992. He retired after serving that term. The Republican Revolution of 1994 had its origins when Ron Lewis won a special election in May of that year to fill the remainder of the late U.S. Rep. William Natcher’s term.

In 1991, Kentucky Democrats held four of the state’s then-seven congressional seats. After the 1994 general election, the GOP won four of the six seats. Since 2012, the Republicans have controlled five of those seats.

Bill Clinton was the last Democrat to carry Kentucky in a presidential election in 1996.

“This did not happen overnight, and we didn’t do it alone,” Republican Party of Kentucky Chairman Mac Brown said Friday. “This day has been decades in the making and is only made possible by the hard work and effort put in by so many.”

In 2000, the Kentucky state Senate flipped to the Republican Party, and currently the GOP holds 30 of the chamber’s 38 seats.

And the Republicans finally gained control of the state House from the Democrats, who had held the majority since 1922, after the 2016 election.

The only state office seat the Democrats hold is the governor’s office. However, a growing list of GOP candidates is lining up seeking to challenge incumbent Gov. Andy Beshear and hope to become the third Republican governor in the state since 2003.