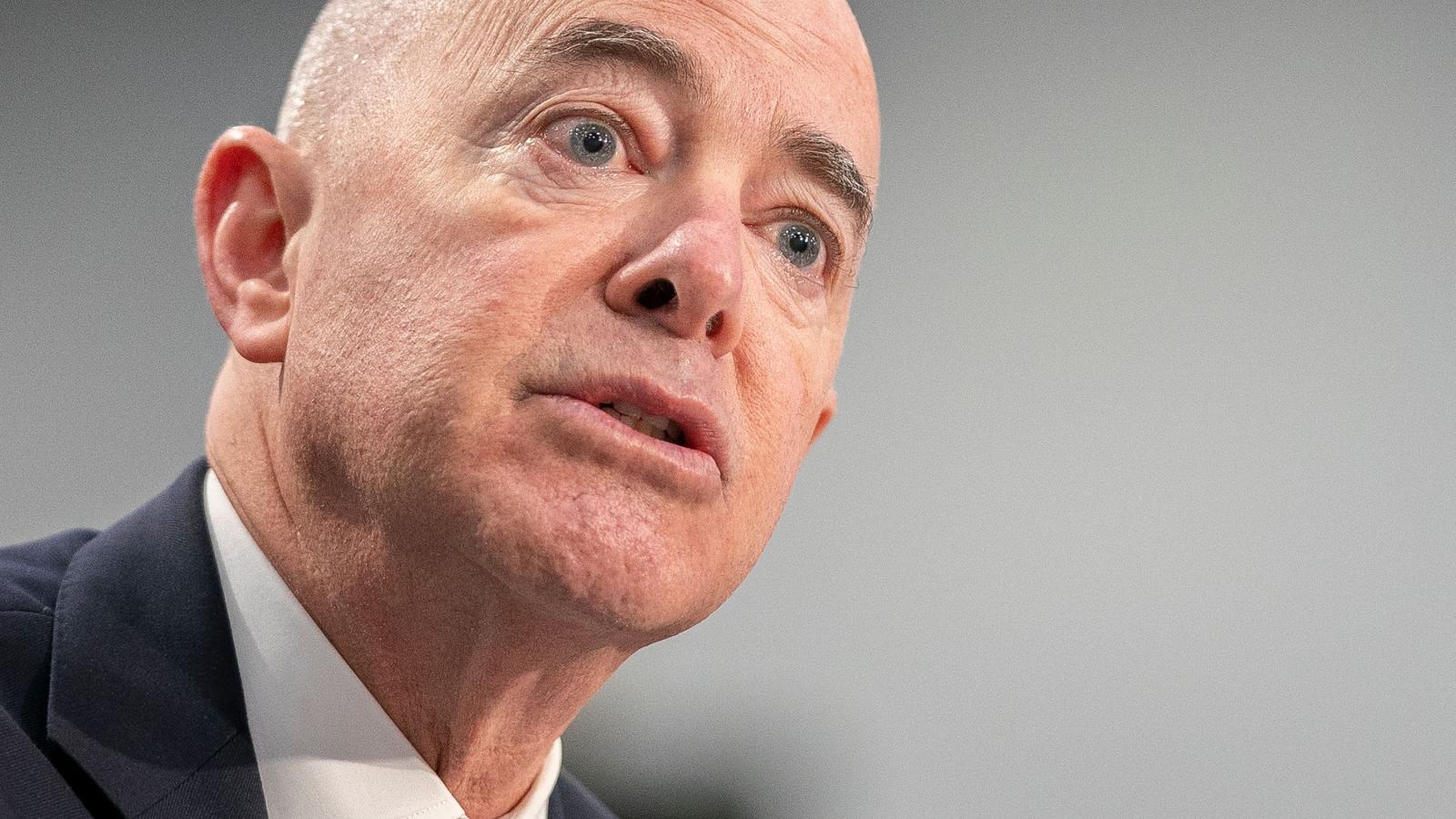 Pointing to tweets and comments she’s made about Hunter Biden’s laptop being Russian disinformation, about former president Trump’s “ties to the Kremlin,” and other claims, Jankowicz' critics point maintain she propagated claims as true that were proved to be false.

“A HUGE focus of our work, and indeed, one of the key reasons the Board was established, is to maintain the Dept’s commitment [sic] to protecting free speech, privacy, civil rights, & civil liberties,” Jankowicz tweeted when she announced she would be leading the bureau.

DHS Secretary Alejandro Mayorkas told CNN that Jankowicz was "eminently qualified, a renowned expert" and "absolutely" neutral after the creation of the board was criticized as dystopian, anti-American and unconstitutional.

In response to criticism she received for tweeting about former President Donald Trump and the later proven to be false claim that he colluded with Russia, she said she was just live-tweeting quotes from a final 2020 presidential election debate. She also tweeted comments doubting “the provenance of The New York Post's Hunter Biden story.” The New York Post’s reporting has been proven to be accurate and the contents of Hunter Biden’s laptop are authentic, not a product of Russian disinformation or hacking.

A regular user of Twitter to discredit factual information, Jankowicz in 2020 used Twitter to attack then Director of National Intelligence John Ratcliffe.

Later, under the Biden administration, the Office of Director of National Intelligence issued a March 2021 report concluding, “We assess with high confidence that Iran carried out an influence campaign during the 2020 U.S. election season intended to undercut the reelection prospects of former President Trump.”

At a Senate Appropriations Committee hearing on Wednesday, Sen. John Kennedy, R-Louisiana, asked Mayorkas, “When the department picked her did it know that she had said that Mr. Hunter Biden’s laptop is Russian disinformation?”

“I was not aware of that, but we do not discuss the internal hiring process,” Mayorkas replied.

Kennedy asked him if he knew that Jankowicz purported that the Steele dossier was true, which has since been discredited.

Mayorkas again replied, “we do not discuss internal hiring processes” and “I was not aware of that fact.”

“It is my understanding that Ms. Jankowicz is a subject-matter expert in the field in which she will be working on behalf of the department,” he added.

In a February 2021 TikTok video that’s since gone viral, Jankowicz recorded herself singing about censoring disinformation to the melody of “Supercalifragilisticexpialidocious,” a song made famous by actress Julie Andrews in the classic 1964 Disney movie, Mary Poppins.

“Information laundering is really quite ferocious,” Jankowitcz sings. “It’s when a huckster takes a some lies and makes them sound precocious. By saying them in Congress or a mainstream outlet, so disinformation’s origins are slightly less atrocious.”

“It’s how you hide a little lie,” she repeats several times, referring to the former mayor of New York City. “When Rudi Giuliani shared bad intel from Ukraine or when TikTok influencers say COVID can’t cause pain, they’re laundering disinformation and we really should take note and not support their lies with our wallet voice or vote,” she sings.

Kennedy asked Mayorkas if he was aware of the video, to which he replied he wasn’t.

“Disinformation” is the English translation of a Russian intelligence KGB term, J. Michael Waller, senior analyst for strategy at the Center for Security Policy, said. DHS “is now officially using that KGB term to police free speech in the United States."

"‘Дезинформация,’ or ‘disinformation,’" he explained, “is definition 159 in the ‘Lexicon of KGB Terms’ published by the KGB First Chief Directorate before 1985.”

The English translation of the definition, he said, is "a form of intelligence work in the Active Measures field which consists of the secret channeling towards an adversary of false information, specially prepared materials and fabricated documents designed to mislead him and prompt him to take decisions and measures which fit in with the plans and intentions of the Intelligence Service."