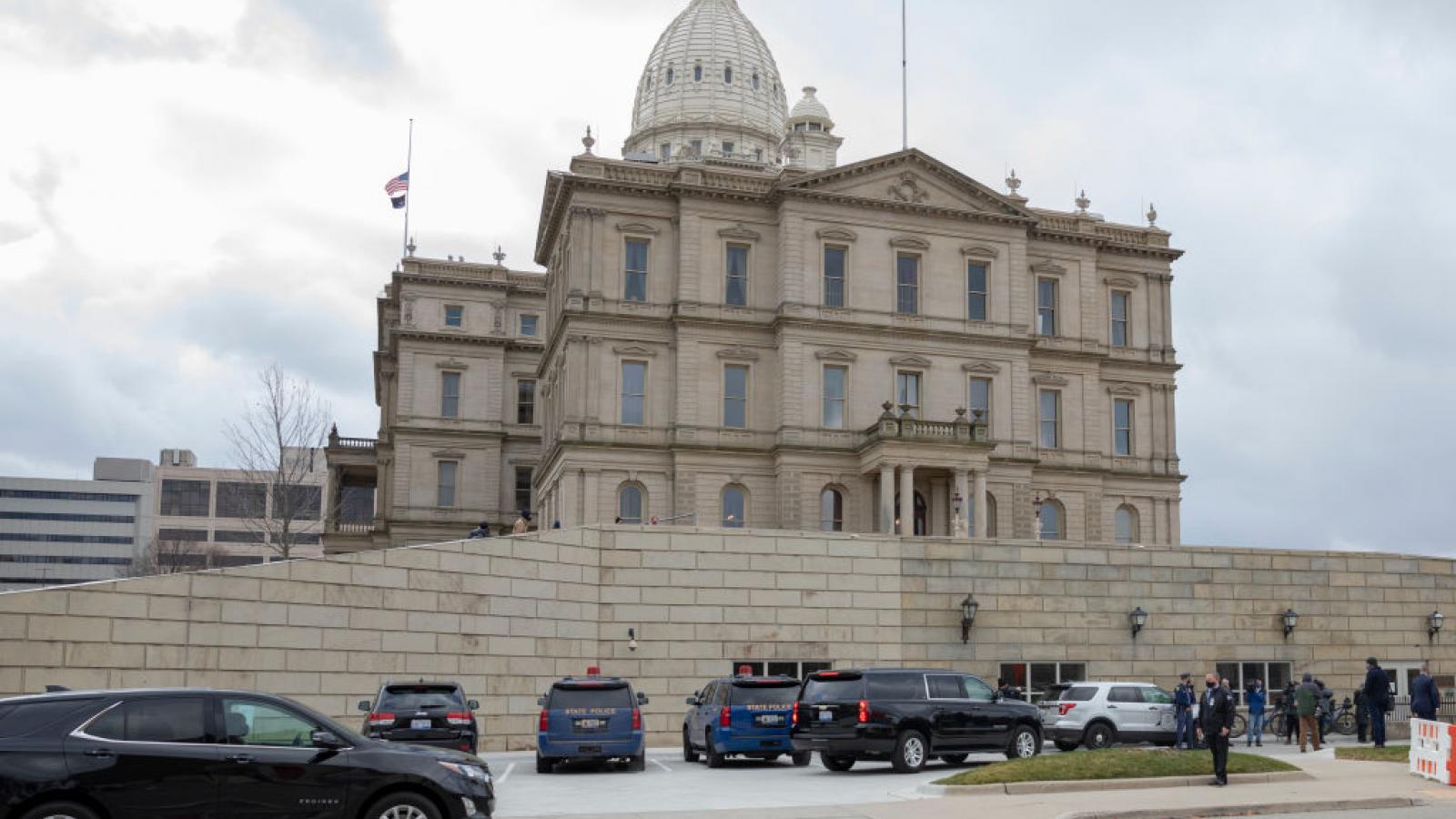 Governor Gretchen Whitmer is escorted to the entrance of the Michigan State Capitol, Dec. 14, 2020
(Elaine Cromie/Getty Images)
By The Center Square Staff

The Michigan Legislature voted to place on the Nov. 8 ballot a question asking Michiganders if they want a constitutional amendment altering term limits and requiring financial disclosures.

On a 76-28 vote, the House approved House Joint Resolution R, followed by the Senate’s vote of 26-6 – each received the required two-thirds majority in support to reach the ballot.

“The people of Michigan decided to adopt legislative term limits decades ago and it should be up to them to approve changes that address any unintended consequences that have arisen,” Shirkey said in a statement.

Shirkey said Michigan should “strike a reasonable balance” about the financial information disclosed “to help make government more transparent, and not further discourage good folks from running for office.”

“In my view, Michigan’s current term limits discourage good people from running for office, shifting the power from the people to the bureaucracy and interest groups, which negatively impacts the legislative process,” Shirkey said.

The amendment aims to lower the year cap at 12 years: six two-year House terms, three four-year Senate terms or a combination of serving the entire time in one chamber or the other.

“By enabling lawmakers to serve out all their time in one chamber, even if for an overall shorter period of 12 years instead of the current 14, individuals would be free to focus on issues that are important to the communities they represent rather than on their next career move,” Shirkey said.

The vote followed a day after the ballot committee Voters for Transparency and Term Limits advocated for reforming term limits to 12 years but let lawmakers spend that time in one chamber.

Separate from the Legislature’s approval, the group would have to collect 425,059 signatures by July 11 to place the question on the November ballot.

Rich Studley, the former president of the Michigan Chamber of Commerce, tweeted in favor of the vote:

The financial disclosure aims to shine more light into how lawmakers spend money.