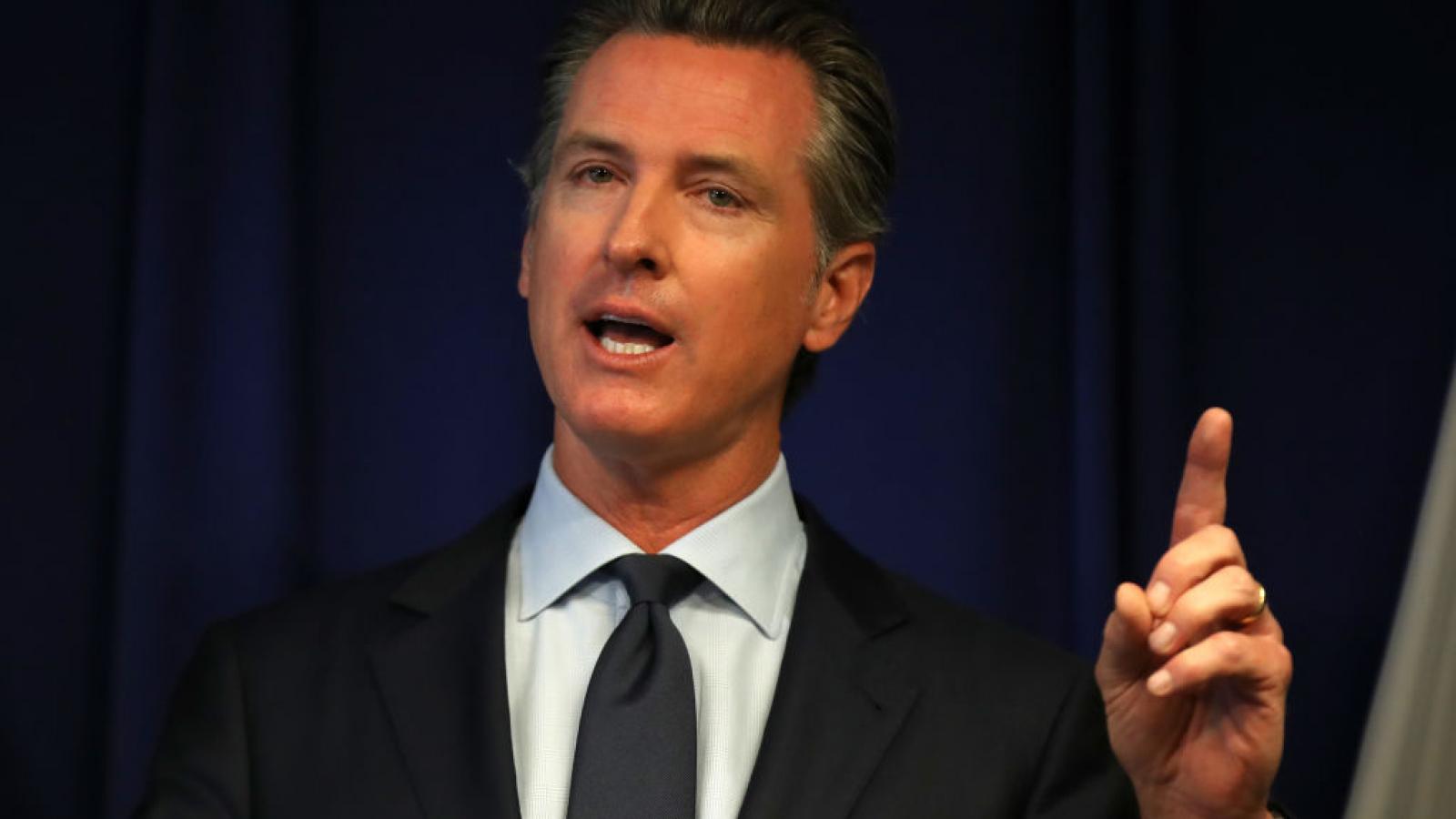 The new law establishes a private right of action against any person who "manufactures or causes to be manufactured, distributes, transports or imports into the state" assault weapons, unserialized firearms and .50 BMG rifles. Successful claimants could receive up to $10,000 for each weapon or firearm precursor part in violation on top of attorney's fees.

Gov. Gavin Newsom called for a bill modeled after Texas' abortion law back in December, shortly after the U.S. Supreme Court declined to block the law. Texas' abortion law allows citizens to sue anyone who "aids or abets" an abortion after a heartbeat is detected – around six weeks of pregnancy – and relies on private enforcement.

The bill is likely to be hit by swift legal challenges from gun rights advocates who say they are already preparing to challenge the law in court. Sam Paredes, executive director of Gun Owners of California, said the bill doesn't have "a prayer of surviving a court challenge," noting the recent Supreme Court ruling in New York State Rifle and Pistol Association v. Bruin, which struck down New York's concealed carry law.

"We are very confident that a court challenge will defeat or not allow this law to go into effect in the state of California," Paredes said.

The bill states that if Texas' abortion law is invalidated, the provisions of California's law will become "inoperative," which has drawn criticism from Second Amendment groups who oppose the law.

"Why would you tie to something to another state and say, 'if you change your position on the abortion issue, we'll change our position on the gun violence issue," Rick Travis, legislative director for the California Rifle and Pistol Association, told The Center Square. Travis stressed that the state should expend more resources to put people who use illegal firearms behind bars and said that the CRPA would challenge California's new law.

Newsom on Friday said the "Supreme Court opened the door" and set a new precedent by failing to block Texas' near-ban on abortion, adding "there is no principal way the United States Supreme Court can overturn this law and uphold the right for Texas to continue to move forward with S.B. 8."

"SB 1327 will make it easier for victims of ghost gun violence like myself to help enforce our laws," Tretta said. "It will save lives by attacking the illegal ghost gun industry."

The bill is one of several measures signed by Newsom in recent weeks that aims to further tighten California's stringent gun laws. Recently, the governor signed laws that prohibit firearm marketing to minors and allow lawsuits against "irresponsible gunmakers" for harm caused by their products.

On Thursday, the governor signed eight other gun bills into law. They include measures to ban the possession of firearms for 10 years for individuals convicted of child or elder abuse, prohibit the sale of firearms and precursor parts on state property and require the Department of Justice to inspect gun dealers every three years.

Newsom also took out a full-page ad in several Texas newspapers on Friday promoting SB 1327. The ad, which comes weeks after Newsom began airing campaign commercials in Florida, criticized S.B. 8 and says "If Governor Abbott truly wants to protect the right to life, we urge him to follow California's lead."