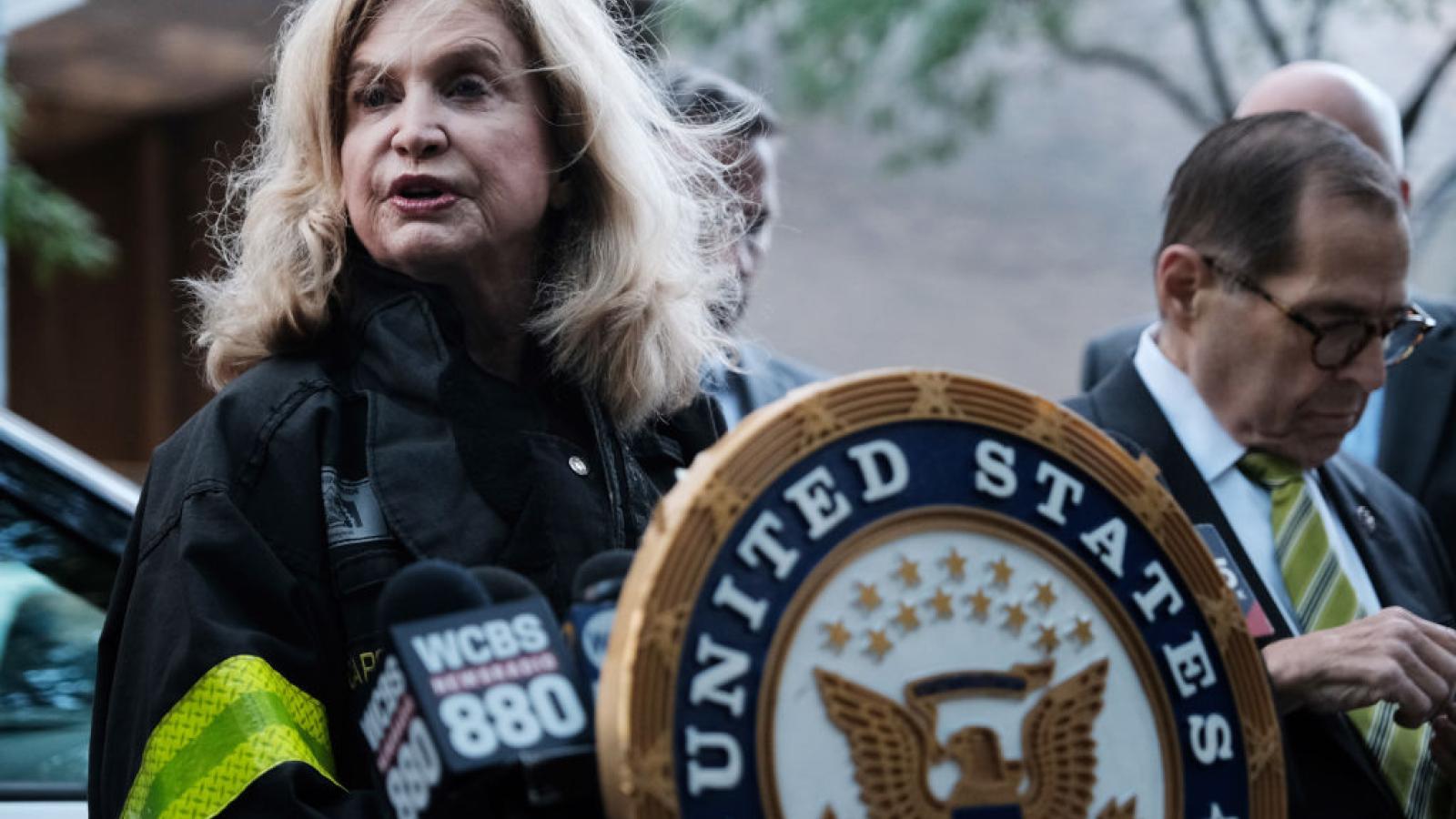 For the second time in two months, New Yorkers will head to the polls Tuesday. This time it will be to pick candidates for congressional and state senate primaries.

Those races were taken off the June 28 primary after New York courts determined the districts drawn for those seats violated a state constitutional amendment created to eliminate partisan gerrymandering from redistricting.

In the end, a judge appointed a postdoctoral fellow from Carnegie Mellon University to draw new districts. As a result, the new maps created some competitive congressional primaries on the Democratic side.

One of those races is in the 10th District, which covers southern Manhattan and parts of Brooklyn. In a six-way race, Daniel Goldman, a former federal attorney who led the first impeachment investigation into President Trump, holds the lead, according to an Emerson College poll released last week. But that lead is just five points, 22% to 17%, against state Assemblymember Yuh-Line Noh.

Two other candidates, U.S. Rep. Mondaire Jones and New York City Councilmember Carlina Rivera, were polling at 13% in a race with 17% of voters undecided.

“Overall, the response rate in this survey was low, suggesting minimal voter interest in this race, which may keep turnout low,” Emerson College Polling Executive Director Spencer Kimball said. “The results in Tuesday’s primary will likely be determined by which age and racial demographics have the highest turnout.”

Jones is running in the 10th District after U.S. Rep. Sean Patrick Maloney chose to run in the 17th District after his old seat was split in the new map. Jones had represented the 17th, which covers parts of New York City’s northern suburbs, before opting not to run against Maloney, who serves as the chairman of the Congressional Campaign Committee.

Biaggi has accused Maloney of siding with Republicans to weaken Obamacare, taking contributions from energy companies and investment firms and supporting anti-abortion candidates.

“When a generation of elected leaders fail to protect our rights and respond by sending fundraising emails, it merits asking whether we need new diverse leaders,” Biaggi tweeted last week.

Another Democratic primary that merits watching pits two incumbents against each other. In the 12th District, U.S. Rep. Jerry Nadler holds a 43% to 24% lead over U.S. Rep. Carolyn Maloney, according to an Emerson poll. However, there’s still 19% undecided in the race to represent Midtown Manhattan and the Upper East Side.

It’s a stark contrast from three months ago when Maloney held a 10-point edge over Nadler in the race between veteran House members. Kimball said Nadler has secured his base while women voters moved away from Maloney.

“Back in May, Maloney led Nadler among women by 15 points, which narrowed to a two-point lead in early August, and now in the final week of the primary, Maloney is losing women to Nadler by 12 points,” he said.