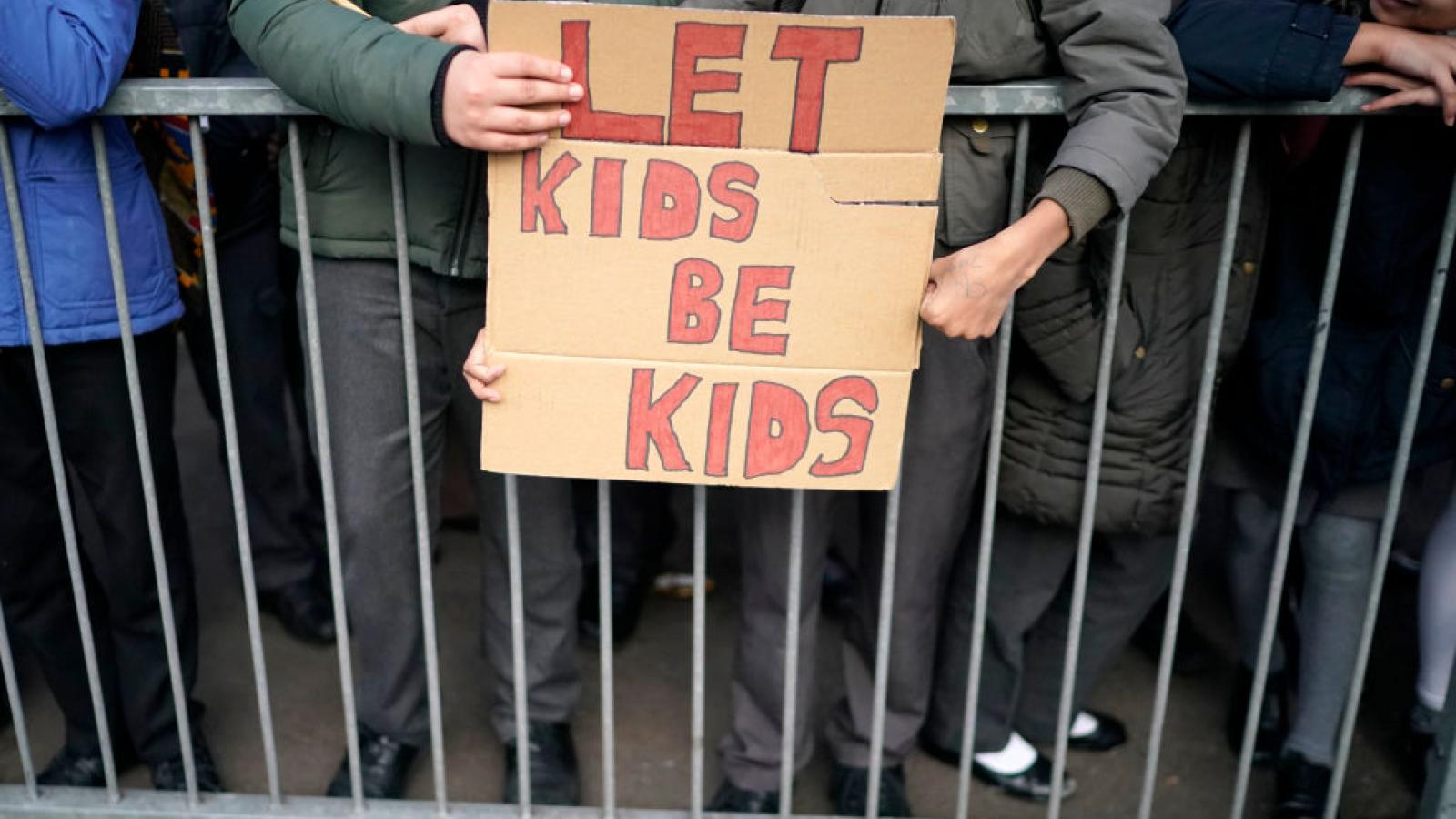 In what could be a top issue in the November election, parents of school children and local education officials are voicing their concerns over how their children are being educated in Illinois public schools they fund with their tax dollars.

During the Illinois State Board of Education's April hearing last week, Shannon Adcock from the parents' rights group Awake Illinois told board members they're on notice.

"With two years of failed pandemic policies and an abysmal state schools report card, classroom activism and socialism is replacing academics and worrisome mental health stats of our youth," Adcock said. "A sleeping giant has awakened, and we go by moms and dads."

"To sign the following commitment in support of a bill that shall allow parents to take their children's taxpayer-funded education dollars to the education providers of their choosing, whether public or private," she said.

Other elements of the pledge include prohibiting teaching minors explicit sexual topics, discussing staff sexuality or teaching sexual orientation or gender identity in the classrooms. She also pushed for an annual curriculum transparency report.

He said schools were notified by the state the survey was being delayed until next school year out of concerns that parents have the right to access their children's educational record. Forcing teachers to teach against their values is a reason they're leaving the profession, he said.

"The number of families pulling their children to home-school also continues to rise as the state continues to emphasize sex, race and gender over reading, writing and math," Thompson said.

In his district, he said there are new private schools building more space for an increasing number of enrollees fleeing public education because of what he said was an attack against parents, students and teachers.