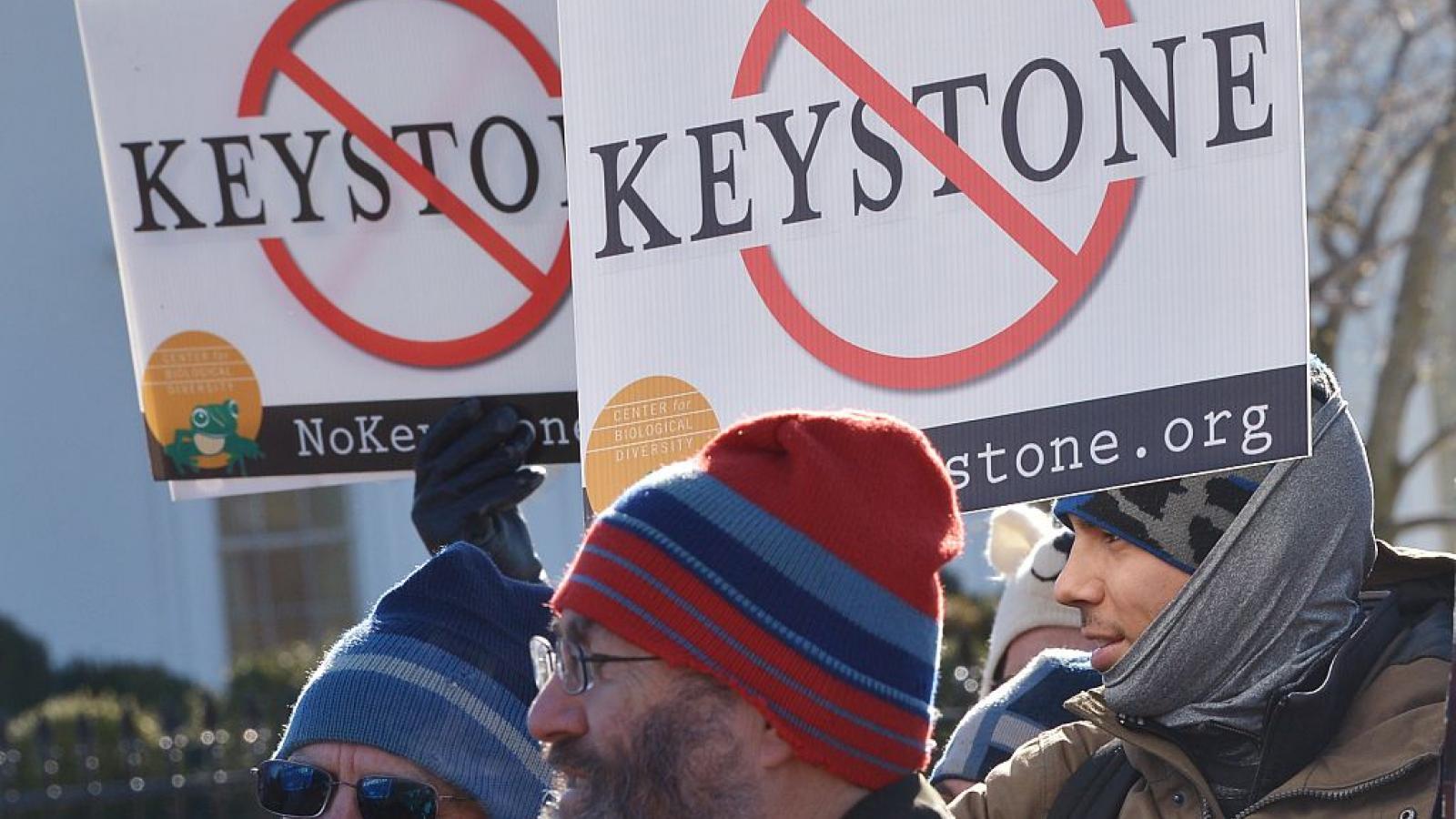 Three Pennsylvania senators are soliciting cosponsors for legislation to urge the Biden administration to rethink its opposition to the Keystone XL Pipeline in light of Russia’s invasion of Ukraine.

“This week oil prices have soared over $100 per barrel and currently, the United States is importing over 800,000 barrels of oil per day from Russia,” they wrote. “These barrels are either going to become more expensive or completely unavailable as the conflict between Russia and Ukraine continues to escalate.

“The United States cannot continue to rely so heavily on foreign oil when we have the resources to fuel our vehicles and heat our homes,” the memo read. “It was expected that the Keystone XL Pipeline would transport 830,000 barrels of oil per day, which would help offset the current supply received daily from Russia.

“Re-opening the Keystone XL Pipeline will start to ease the burden that Pennsylvanians are feeling every day and protect our national energy security going forward.”

The senators wrote they plan to introduce the resolution “in the near future.”

Biden issued an executive order Jan. 20, 2021, to revoke the permit granted to TC Energy Corporation for the final phase of the Keystone Pipeline, known as Keystone XL, which runs from Alberta, Canada, through Montana, South Dakota, and Nebraska.

The pipeline officially was abandoned in June 2021 with about 8% of construction completed.

“Poor policy choices that hindered development of reliable energy sources combined with a historic dependence on brutal dictatorships for energy have manifested in the impending threat of Russia’s invasion of Ukraine,” the trio wrote last week. “The perfect storm in Europe has led to tremendous price volatility, economic disruption, and serious concerns that millions of people will not have access to the life-sustaining energy resources they need.”

The House Republicans also cited the Biden administration’s opposition to the Keystone XL Pipeline and support for Russia’s Nord Stream 2 pipeline to Germany as major issues at play. They urged Wolf to consider four key priorities they argued would benefit Pennsylvania and U.S. allies by boosting energy exports: collaborating with industry leaders and trade unions to identify projects to enhance exports; streamlining permitting for production and infrastructure such as pipelines, storage, processing and refining, as well as port facilities and manufacturing capabilities; leveraging the Department of Community and Economic Development’s international business development staff to connect with demand in Europe; and to strategize with federal and international officials to “meet the energy needs of our allies and diffuse growing tensions.”

“It is past time the commonwealth stopped apologizing for its abundant energy resources and rather, start marshalling them as strategic assets that will strengthen our national security and standing on the international stage,” House leaders wrote. “We are asking you to sit down with members of the General Assembly majority to discuss how to put into action the steps outlined … as well as additional steps to maximize Pennsylvania’s potential to be a natural gas leader.”

Others in the General Assembly have expressed the same sentiments on social media.

“Now is the time to double down on domestic energy production and increase energy exports to Europe,” Sen. Ryan Aument, R-Lititz, posted to Twitter on Friday. “We need a domestic energy plan to combat rising fuel prices. We most certainly don’t need Biden’s Green New Deal or Gov. Wolf’s RGGI.”