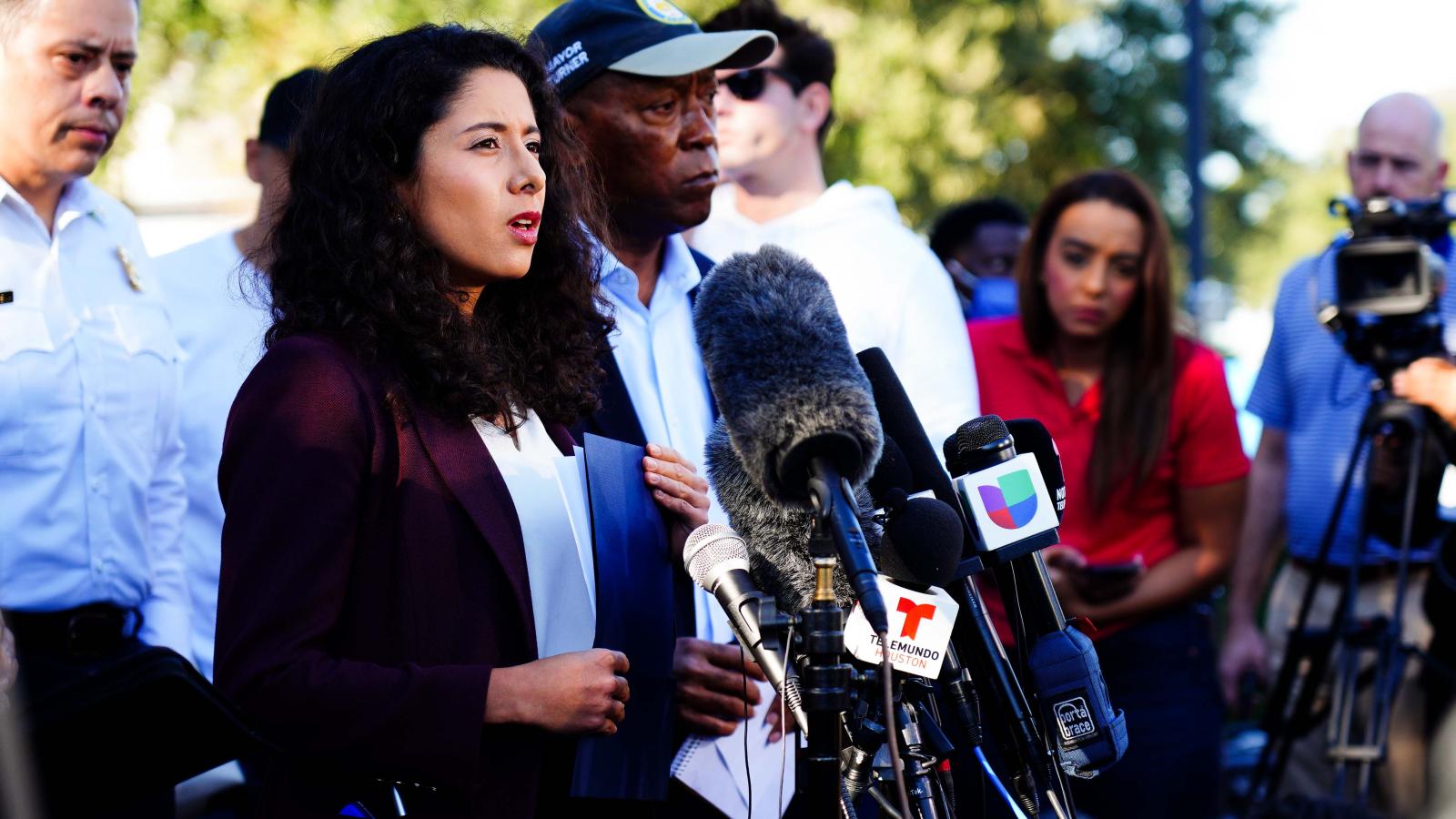 An investigation has been launched into a multi-million-dollar COVID-19 vaccine outreach contract that Harris County in Texas entered into with a company that reportedly has ties to Democratic Party operatives.

The raid comes after concerns remain over voting irregularities and missing ballots from the March 1 primary election in Harris County. Despite calls for Hidalgo and Democratic county commissioners to fire the county elections administrator, Isabel Longoria, they voted on Tuesday to keep Longoria in charge of the May 24 runoff election.

Elevate Strategies, whose clients include the Democratic-linked law firm of Perkins Coie, Voter Participation Center, Every Town Gun Safety, Community Justice Action Fund, among others, has come under scrutiny for what has been called a lack of experience in the public health field.

Republican Commissioner Jack Cagle, who voted against the contract, told KHOU 11 News, it “smelled from day one.” He said he trusted the Texas Rangers’ ability to find out “what all the facts are and all the shenanigans that went along with it.”

In response to the Texas Rangers’ investigation, Hidalgo’s spokesperson issued a statement, saying, “The judge has the strictest ethical guidelines ever imposed in Harris County and that’s been ironclad from day one. This is nothing but political theater since the devices would have been provided on request. What’s missing is any shred of evidence, but what’s in abundance is politics.”

“A judge signed search warrants, which are legal authorization to search for and seize potential evidence of a crime," Dane Schiller with the Harris County District Attorney's Office said in a statement. "Out of fairness for all parties involved, we have no additional comment at this time.” The Harris County district attorney is a Democrat.

Two Republicans running for Harris County judge in the May 24 runoff election, who hope to challenge Hidalgo in November, issued statements.

Alexandra del Moral Mealer said, “Time and time again, we see that Lina Hidalgo prioritizes political patronage over the interests of Harris County. This is shameful behavior by our County Judge. It shouldn’t take subpoenas to force Lina Hidalgo to tell the truth about an $11 million contract given to a political crony. Leadership starts with accountability – it can’t always be someone else’s fault. At least voters will have the chance to replace Lina this November.”

Alexandra, a West Point graduate, with a law degree and MBA from Harvard University, left her career in oil and gas to run for office.

One of her primary motivations to run for judge of the largest county in Texas, she says, “was the state of utter lawlessness that continues to grip our entire county. Whether strolling along the bayou, picking up groceries or even attending an Astros game, residents are now rolling the dice on whether they will encounter a violent, repeat offender. While it is clear that our residents are not safe, we have now reached such a state of crisis that our law enforcement are being routinely murdered by violent, repeat offenders. In fact, in the three years since Judge Lina Hidalgo took office, more officers have been murdered than the prior decade. This is outrageous and cannot continue.”

“To restore confidence in our county govt, I again call on Lina Hidalgo to resign,” he said. “As a former federal prosecutor and international attorney, I’ve spent decades handling national and worldwide investigations on corruption and as County Judge I’ll ferret out corruption at Commissioners Court."

Harris County, he says, “is a vastly different place to live in than it was four years ago. Crime has risen significantly, citizens are plagued with the uncertainty of devastating tax increases, and many residents cannot get the assistance and relief they need when flooding and other disasters occur. The Democrats on Commissioners Court, led by County Judge Lina Hidalgo, have proven time and time again that they are willing to put their own interests and their radical progressive agenda above the people they were elected to serve.”