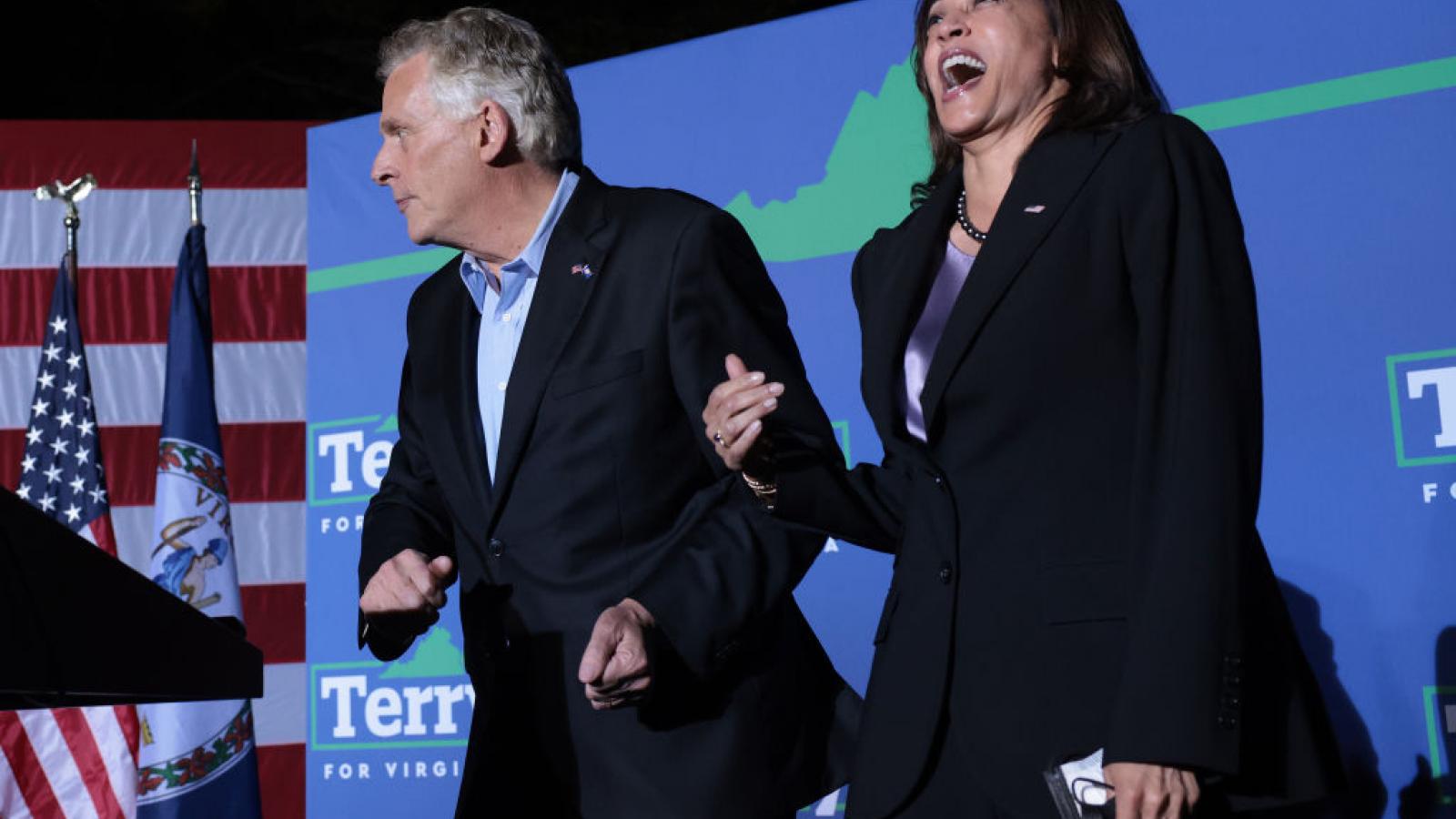 Democratic leaders are targeting black churchgoers to get out the vote, endorsing Democratic incumbent Gov. Terry McAuliffe, who is slightly behind in the polls for the first time after making controversial remarks about parents not having a say in their children's education.

McAuliffe's Republican challenger, political newcomer Glenn Youngkin, has slightly pulled ahead of him, according to a recent Trafalgar Group survey of 1,095 likely voters. Youngkin has 48.4% of the vote to McAuliffe's 47.5% in the poll.

As part of a Souls to the Polls campaign, Democratic leaders began descending on Virginia churches, primarily black churches.

Atlanta Mayor Keisha Lance Bottoms visited three black churches in Richmond  a week ago, and failed Georgia gubernatorial candidate Stacey Abrams went to churches with McAuliffe, saying that she was the daughter of "not one but two pastors."

"Voting is an act of faith," Abrams told congregants at Faith Deliverance Christian Center, the Associated Press reported. "I need you to do the job."

What has many critics up in arms is a video that was sent to 300 black churches by Vice President Kamala Harris endorsing McAuliffe. One legal scholar argues that she violated IRS rules for nonprofits and jeopardized the churches' 501c3 tax exempt status if they share the video.

The mainstream media has largely fawned over the Souls to the Polls initiative after vilifying for years evangelical Christians who support former President Donald Trump — or any Republican candidate.

In her book "Unholy," journalist Sarah Posner targeted evangelical support for Trump, whose version of Christianity, she argues, is "shallow."

While liberals have historically rallied against evangelicals involved in politics, citing separation of church and state, they remain largely silent about the lack of separation in Harris' video.

CNN reported, "More than 300 Black churches across Virginia will hear from Vice President Kamala Harris between [Sunday, Oct. 17] and election day in a video message that will air during morning services as part of an outreach effort aimed to boost McAuliffe."

In the video, Harris speaks of her own church experience as a child, saying her time in church "taught her it was a 'sacred responsibility' to 'life up the voices of our community.'" Those voices, she suggests, should vote for McAuliffe.

"I believe that my friend Terry McAuliffe is the leader Virginia needs at this moment," Harris says in the video.

But the Johnson Amendment passed by Congress in 1954 bans nonprofit organizations, including churches, "from engaging in any political campaign activity."

A tax-exempt nonprofit under section 501(c)(3) of Title 26 of the U.S. code is one "which does not participate in or intervene in (including the publishing or distributing of statements), any political campaign on behalf of (or in opposition to) any candidate for public office."

The IRS states: "Contributions to political campaign funds or public statements of position (verbal or written) made on behalf of the organization in favor of or in opposition to any candidate for public office clearly violate the prohibition against political campaign activity. Violating this prohibition may result in denial or revocation of tax-exempt status and the imposition of certain excise taxes."

Citing section 501(c)3, legal scholar Jonathan Turley notes that "such direct politicking in tax-exempt churches has been unlawful for decades."

"The IRS makes clear that such violations will not be tolerated," he says. "The agency warns that tax-exempt groups 'are absolutely prohibited from directly or indirectly participating in, or intervening in, any political campaign on behalf of (or in opposition to) any candidate for elective public office.'"

Turley argues the churches airing the videos are hypocritical at best and could lose their tax-exempt status at worst.

"What is most hypocritical is that the Democrats used the opposition to the Johnson Amendment by former President Donald Trump as a rallying cry in the last election," he writes.

The criticism of Harris and others comes after a formal complaint was filed by Citizens for Responsibility and Ethics in Washington against White House Press Secretary Jen Psaki for allegedly violating the Hatch Act after she responded to a question about the Virginia gubernatorial race in favor of McAuliffe.

The IRS has not issued a statement on Harris' video.