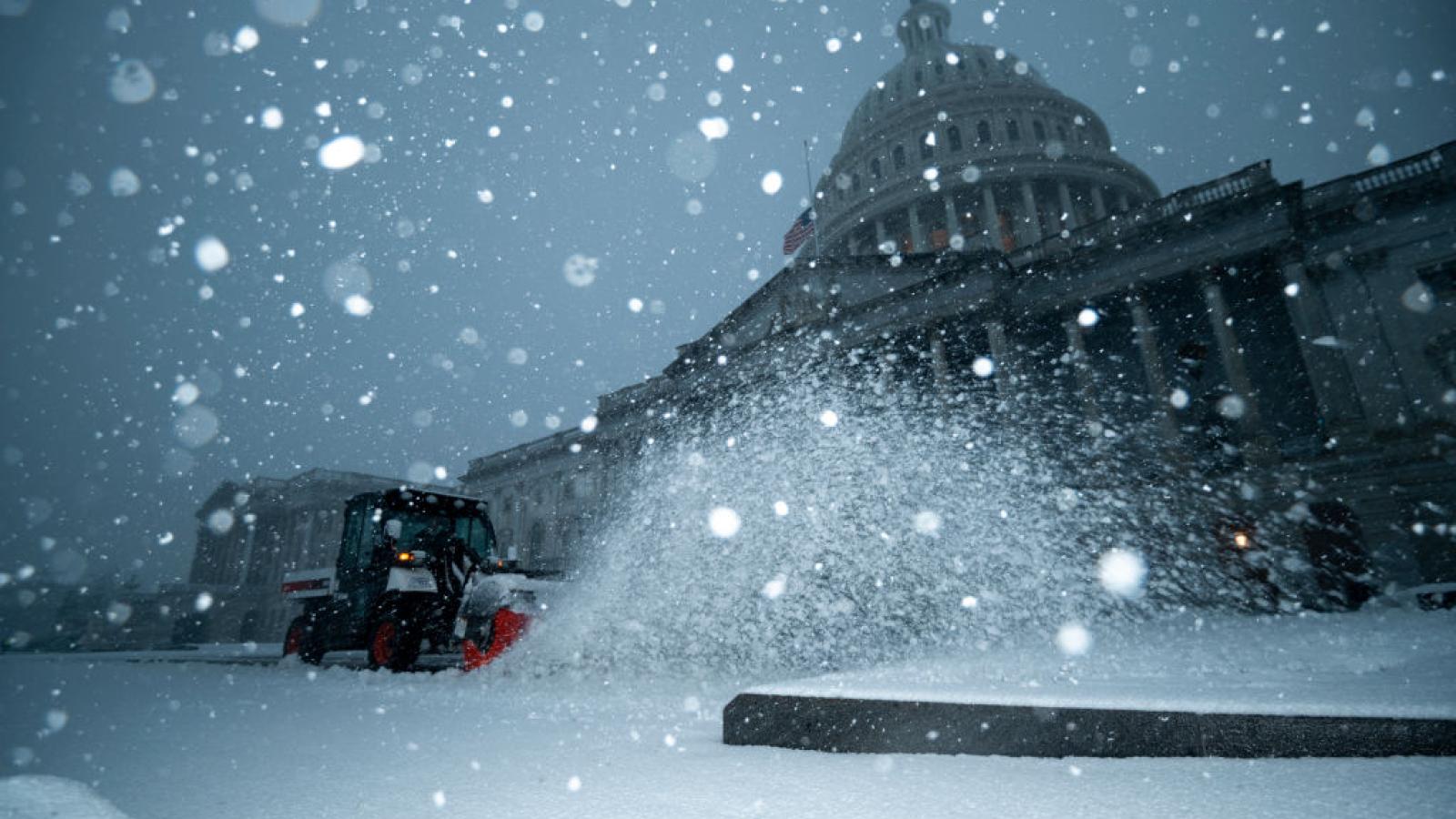 As much as 10 inches of snow was forecast for the District of Columbia, northern Virginia and central Maryland through the afternoon, after weekend temperature in the high 50s and low 60s.

Snow is dropping from at least New Jersey to southern Virginia, with sleet and rain in other parts of the southeast. The snow and winds, with gusts as high as 35 mph, in the nation's capitol is expected to end at about noon. However, the National Weather Service issued a winter storm warning for the area until 4 p.m., according to the Associated Press.