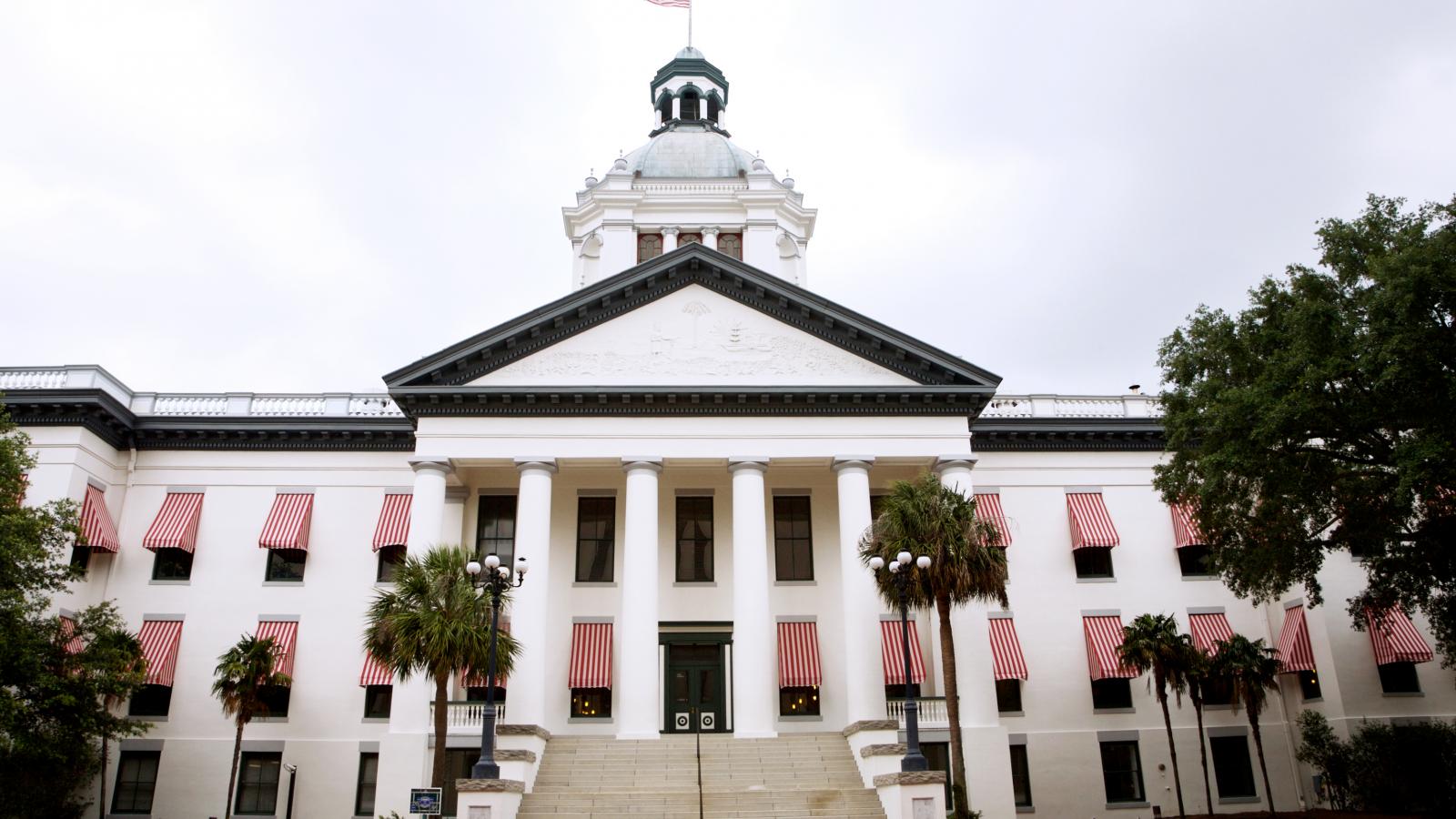 The Florida state legislature
(eyecrave/Getty)
By The Center Square Staff

A federal judge on Thursday blocked Florida from enforcing a controversial 2021 bill adopted by the Legislature designed to stop riots.

U.S. District Judge Mark Walker Thursday released a 90-page ruling declaring ‘The Combating Public Disorder Act,’ the anti-riot bill adopted along strict partisan lines, is “vague to the point of unconstitutionality” and questioned if it could be enforced equitably.

During a hearing last week in his Tallahassee courtroom, Walker said the “primary issue” of contention “is the language and syntax” in the 61-page House Bill 1 and called on all attorneys engaged in the litigation to offer definition of “riot.”

Apparently, he wasn’t satisfied with their submissions.

“HB1’s new definition of ‘riot’ both fails to put Floridians of ordinary intelligence on notice of what acts it criminalizes and encourages arbitrary and discriminatory enforcement, making this provision vague to the point of unconstitutionality,” Walker wrote in the order granting a temporary injunction against the law until the issue is settled in court.

Walker wrote that HB 1 “requires individuals to ‘speculate as to the meaning of penal statutes,’ at the risk of their liberty.”

The ACLU, NAACP, Community Justice Project and Dream Defenders in May filed a 62-page federal lawsuit claiming HB 1, signed into law by Gov. Ron DeSantis in April, will chill protected First Amendment speech, violate equal-protection and due process rights, and give police too much power.

Pondering dueling motions – with the state seeking to dismiss and plaintiffs petitioning for an injunction – Walker ordered mediation in July but state attorneys motioned to forego the process and to dismiss the case. That gambit resulted in Thursday’s rulings after hearings last week.

HB 1 enhances penalties for crimes committed during protests, requires people arrested during demonstrations stay in jail until a court appearance, creates “mob intimidation” felonies preempts local control of law enforcement budgets and allows local governments to be sued if they fail to stop a riot.

The new law defines “riot” as a violent public disturbance involving “three or more people acting with common intent” and creates second-degree felony called “aggravated riot,” which occurs when there’s more than 25 participants, bodily harm, more than $5,000 in property damage, use or threats to use deadly weapons and/or blocked roadways.

HB 1 is at least the second 2021 bill adopted by lawmakers to be suspended by a judge. Dozens are being challenged in court

The state has not appealed Winsor’s ruling as yet, so it is not seeking a stay on the injunction.

Florida, however, is appealing and seeking a stay on the injunction issued by Leon County Judge John Cooper Wednesday enjoining it from implementing a DeSantis’ executive order, based on HB 241, the ‘Parents’ Bill of Rights Act,’ which allows parents to ignore school mask mandates and penalizes school boards that adopt such policies.

HB 1’s “chilling effect” may be in the eye of the beholder, Walker wrote in his ruling, but it’s a real constitutional concern.

“While there may be some Floridians who welcome the ‘chilling effect’ that this law has on the Plaintiffs in this case,” he wrote, “depending on who is in power, next time it could be their ox being gored.”