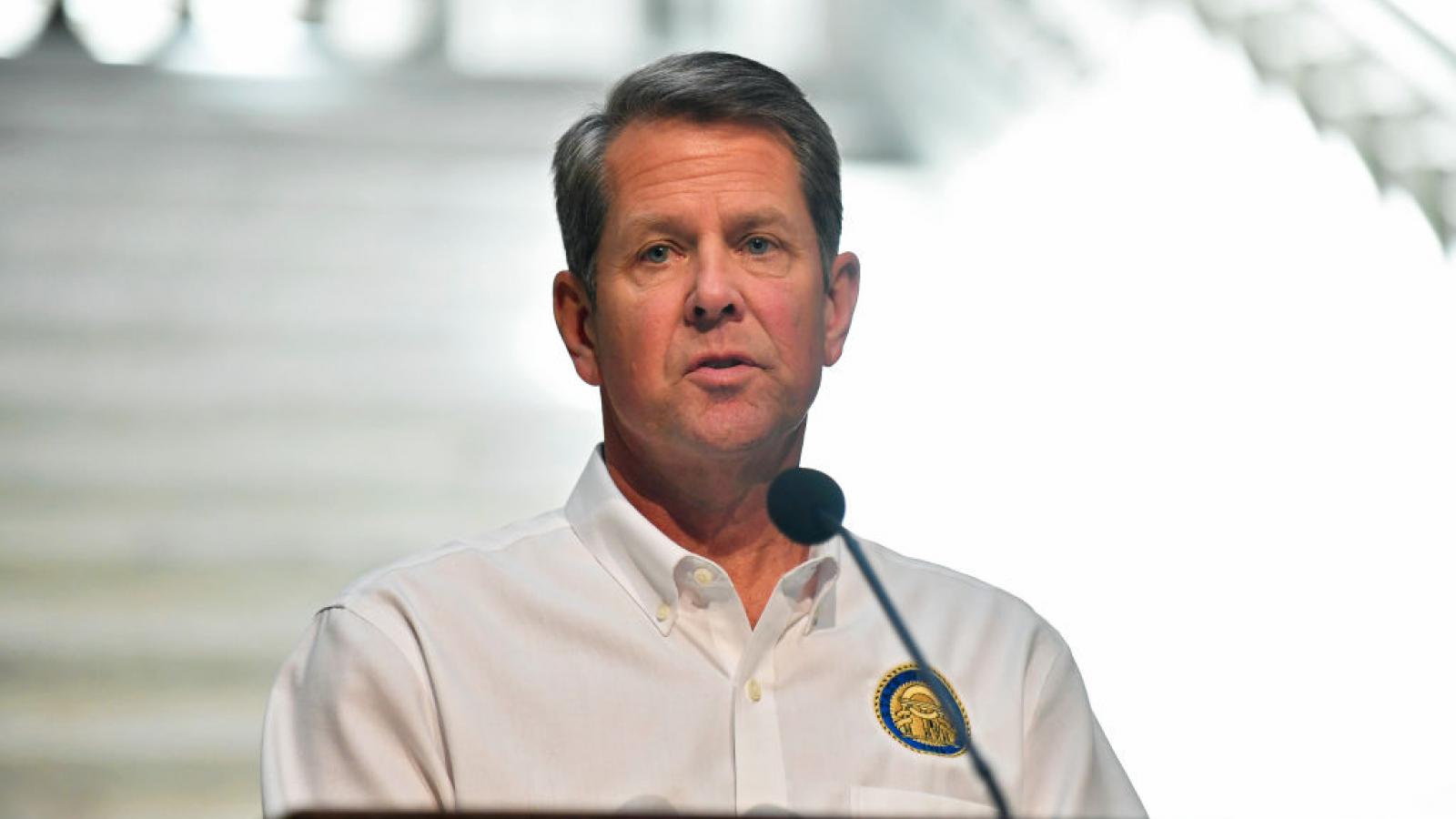 Georgia will give one-time $1,000 bonuses to law enforcement officers and other first responders, Gov. Brian Kemp and other state officials announced Monday.

The employees would have to apply for the money, which the state would provide through federal aid. The announcement follows a push by Kemp and other state and local leaders for more funding to address crime in the state.

"Our law enforcement officials and first responders have been thrown challenge after challenge in the past year and a half: civil unrest, a spike in violent crime, as well as a global pandemic," Kemp said Monday during a news briefing at the state Capitol.

Law enforcement officials said during a legislative meeting last week the state's agencies are short-staffed and face low recruitment levels. Officials said the recruitment problems have heightened since the summer of 2020 riots and protests against police brutality. Some activists and lawmakers called for redirecting police funding or "defunding the police."

"There's no doubt this terrible policy would only make our families and communities less safe, but this defund-the-police, soft-on-crime, demonize-law-enforcement agenda has also caused a crisis for our public safety officials in terms of recruitment, retention and overall support for our men and women in uniform," Kemp said.

The bonuses announced Monday are influenced by Ralston's $75 million proposal for additional personnel and law enforcement and mental health services resources. After seeing a rise in crime in Atlanta and adjacent cities in the spring, Kemp directed $7 million from his emergency fund to support a crime suppression unit. Ralston announced his plan that included $25 million for pay supplements for local law enforcement officers in July. Lt. Gov. Geoff Duncan also has proposed giving Georgians tax credits for donating to their local law enforcement agency.

It is unclear how much the state's bonuses for law enforcement officers, firefighters, corrections officers, emergency medical technicians (EMTs) and others will cost. The state spent nearly $60 million in fiscal year 2021 on one-time $1,000 bonuses for full-time state employees who make less than $80,000 annually.

Georgia State Firefighters Association officials said there are 24,000 firefighters in Georgia, 10,000 of which are volunteers. There are 20,000 employees working for the state's sheriff's offices, said Andy Hester, Turner County sheriff and Georgia Sheriffs' Association president. The Georgia Department of Public Safety has more than 2,000 employees, according to payroll records. U.S. Bureau Of Labor Statistics data shows more than 10,000 EMTs are employed in the state.