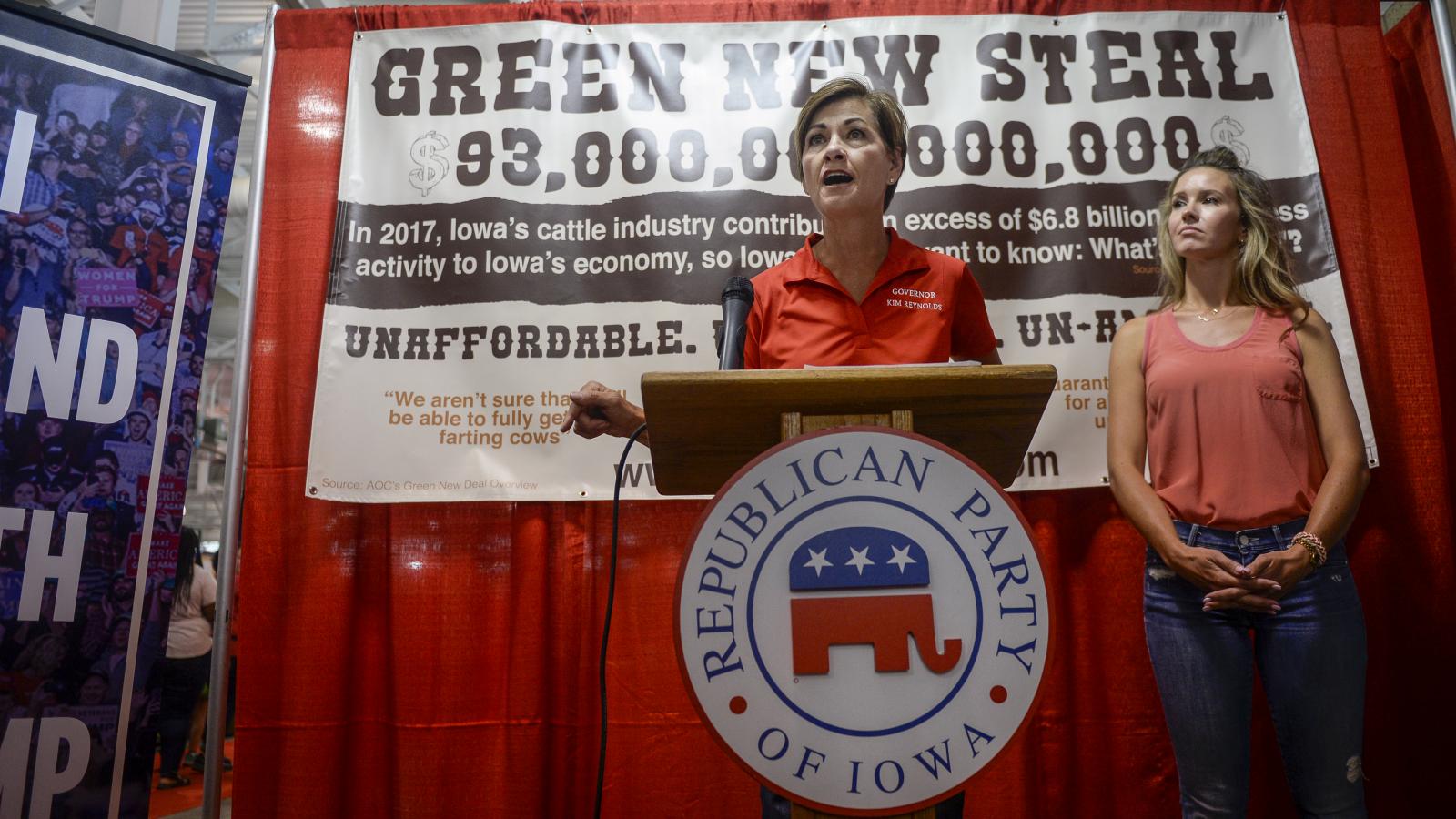 U.S. National Guard members’ deadline to be vaccinated was Dec. 2. Nearly 50,000 military members across all branches have declined to get vaccinated, Reynolds’ office’s news release said.

They said in the letter that while Austin can establish readiness standards for activation into Title 10 status, directives declaring whether individuals who refuse to get the vaccine can train in Title 32 status or have to be punished or separated from the state National Guard if they refuse to get it are beyond his authority, citing the U.S. Constitution’s Militia Clauses, 10 U.S. Code § 12401, and 32 U.S.C. §502(f).

“The U. S. Supreme Court has for decades affirmed in cases, such as in Perpich v. Department of Defense, 496 U.S. 334 (1990), that the National Guard is under the command and control of the Governor of each state unless those members are called to active service under Title 10,” the governors wrote.

Reynolds called the vaccine requirement an overreach of federal government.

“These are the very men and women who have selflessly devoted their lives to protecting us and responding to major disasters and times of crisis at the drop of a hat to provide peace and comfort, and now the federal government is giving them an ultimatum to get the vaccine or be separated from serving their country,” she said in the release.

“The administrative actions that the Iowa National Guard may impose on our service members who fail to comply with lawful orders have not changed since we received the initial guidance,” Waldron said. “At the discretion of the unit commander, those who refuse could face disciplinary action, progressive in nature, and could lead to military separation from the military. No adverse action will be taken against members with pending exemption requests.”

He said no separations have occurred since all Iowa Air National Guard personnel are either in compliance with vaccination requirements or have requested exemptions.