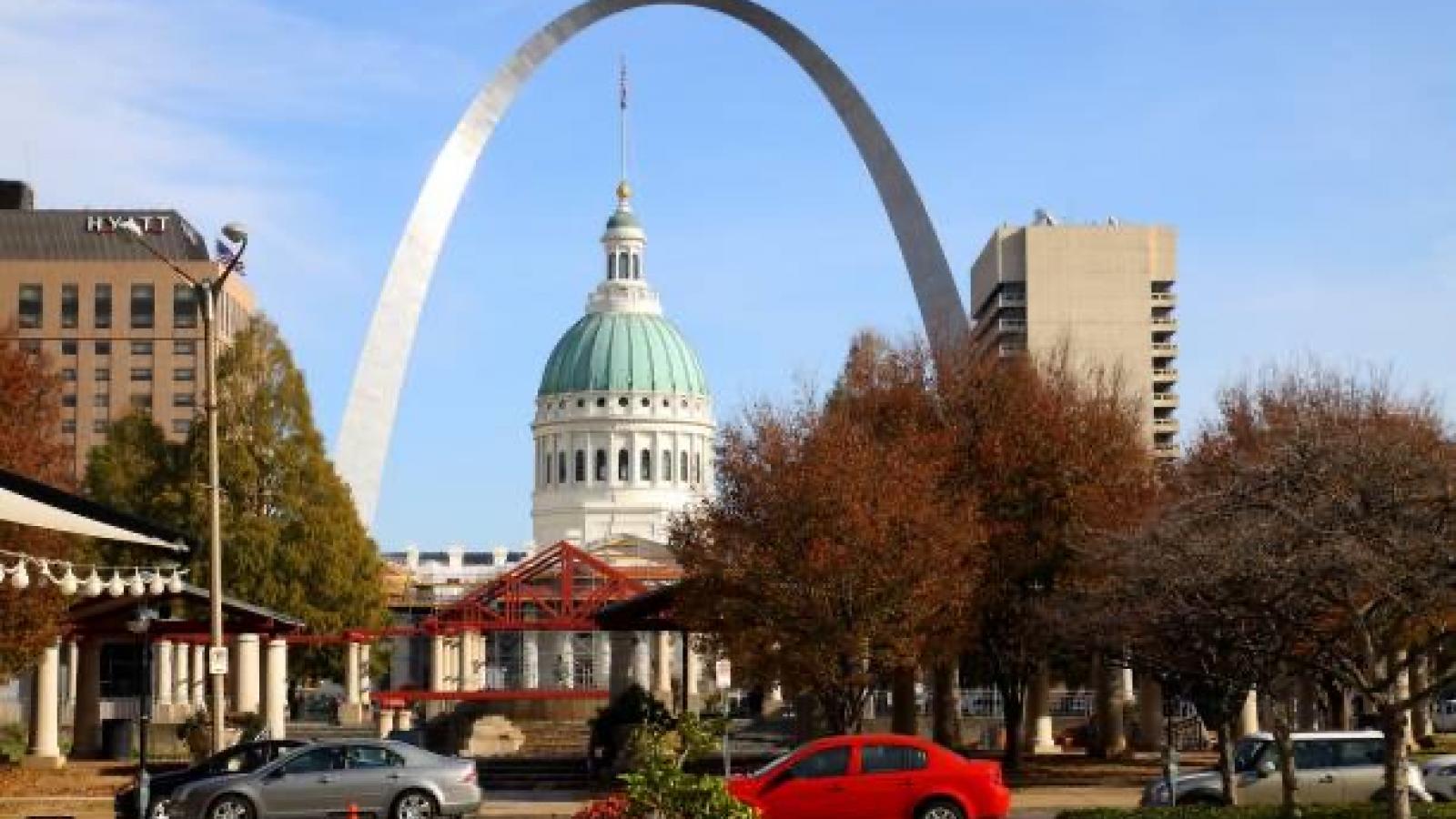 As the mayors of St. Louis and Kansas City talked with reporters in a parking lot Friday after an event addressing gun violence, four rounds of gun fire from a relatively close distance barely paused the briefing.

“Any time that we have violence in our community, I am very shocked and feel sorry for the victims that are involved,” St. Louis Mayor Tishaura Jones said while answering a reporter's question. “But what I did hear today… is that…”

Four shots can then be heard on The Center Square’s audio recording of the news briefing. About three seconds later, Jones continued answering the question by explaining how community volunteer interventionists prevent violence.

“When our interrupters are present in the community, there is always a possibility for them to de-escalate," Jones said. "Knowing that they have been in a community and in spaces where it's about to happen – where they're able to interrupt – is a model to be replicated. So we put $5 million from ARPA (American Rescue Plan Act) funds into community violence intervention initiatives. We want to cure the cycle of violence, but it's going to take all of us working together to do that. The burden shouldn’t fall on the shoulders of government and police officers. It’s going to take all of us.”

Jones was then asked about the four gun shots and whether she felt safe standing with reporters. There were no uniformed law enforcement at the event.

“I hear gunshots in my neighborhood every night,” Jones said. “My son and I fall asleep to the lullaby of gunshots in the distance every night. I am the first mayor in over 20 years to be born, raised and still live in St. Louis. We live in a neighborhood where you hear it more often than not.

“It’s unfortunate and, yes, I heard it. But I didn’t flinch because, you know, I guess it’s a part of my life. And that shouldn’t be. We should not have Stockholm syndrome when we hear gunshots in the distance. We should be angry and we are angry. But it’s an unfortunate daily occurrence in our community and so that's what this conversation was about today.”

Kansas City Mayor Quinton Lucas was in St. Louis for a two-day visit to discuss various issues with local leaders and possibly develop collaborations. During the roundtable before the media briefing, he and Jones heard stories of family members who lost loved ones to gun violence. Leaders also shared their ability to provide a wide range of social services for people they encounter during potentially violent situations.

“This is the same sound I hear in Kansas City,” Lucas said, referring to the gunshots moments before. “And I grew up sleeping on the floor. This is part of your daily life. The reason we are here is so that we have change in our neighborhoods. Too many people hear these sounds regularly. We're committed to making a difference.”