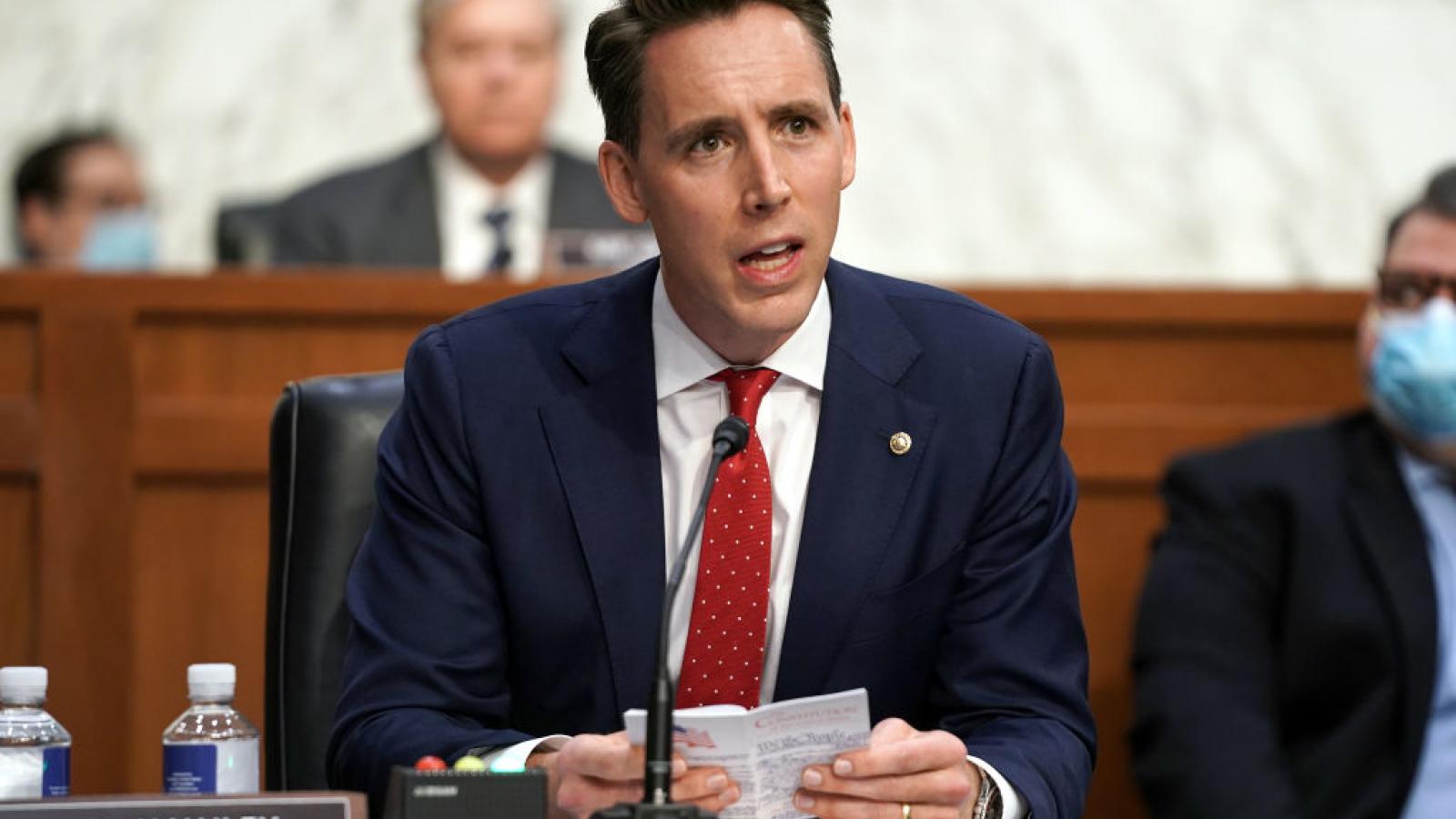 Missouri Republican U.S. Sen. Josh Hawley is putting the finishing touch on his "Parents' Bill of Rights" and plans to release his legislation in the coming days, according to a spokesperson in his office.

On Nov. 4, Hawley issued a news release announcing the start of an initiative to "turn back efforts to shut parents out of their children's education." It further stated it "will protect the right of parents to know what their children are being taught, who is teaching them and which organizations are receiving school contracts."

"It's time to turn back Joe Biden's effort to shut parents out of their kids' education," Hawley posted on social media. "... It will also protect parents' right to show up and check on their kids and be involved. Parents aren't the problem. They're the solution."

House Minority Leader Kevin McCarthy (R-Calif.) also announced a plan for a "Parents' Bill of Rights" on Nov. 3, the day after Republican Glenn Youngkin defeated Democratic incumbent Terry McAuliffe in the Virginia governor's race. Many analysts believe McAuliffe's remark, "I don't think parents should be telling schools what they should teach," cost him the election.

The Florida legislature passed and Republican Gov. Ron DeSantis signed into law a "Parents' Bill of Rights" in July. However, the governor called a special session this week to strengthen the law against federal mandates.

In an opinion piece published by Fox News, Hawley highlighted McAuliffe's campaign statement and said President Joe Biden has "tried to turn the FBI into a monitor of school board meetings, with one DOJ official going so far as to draw up lists of federal crimes for which parents could be prosecuted."

On Oct. 4, U.S. Attorney General Merrick Garland directed the FBI and U.S. Attorneys' Offices to meet with federal and local law enforcement leaders to discuss strategies for addressing an increase in harassment, intimidation and threats of violence against school board members, teachers and workers in public schools.

"Threats against public servants are not only illegal, they run counter to our nation's core values," Garland said in a statement. "Those who dedicate their time and energy to ensuring that our children receive a proper education in a safe environment deserve to be able to do their work without fear for their safety."

Chester E. Finn, Jr., former president of Fordham University, approves of improving curriculum transparency and providing more information on the certification, training and work experience of all teachers and counselors. The president emeritus of the Thomas B. Fordham Institute, an organization devoted to educational excellence for all American children, also advocated for parents to get additional information on everything from lunch menus to disciplinary policies.

"But how much farther should it go and is there a risk of going too far?" Finn wrote in a blog post. "Indeed there is, which calls for bill-of-rights architects to strike a careful balance, something nearly unheard of at an unbalanced time. For education is not exclusively the province of parents any more than it's the monopoly of the state — precisely the balance the Supreme Court struggled with a century ago in its landmark Pierce decision.

"It's a combination, a sort of hybrid, beginning with the truth that education is both a private good and a public good — as any economist will tell you. The child is not the creature of the state, yet society has an obligation to ensure that its next generation is adequately educated. That's why every state has embedded that obligation in its constitution. That's also why, for instance, states have compulsory attendance laws even as parents have the right to educate their kids at home. If they send them to school, as most do, they should have choices among schools, yet the state decides what is a school. Parents should ... select the school or schools that best suit their children but, having done that, should entrust things like curriculum to the schools and their educators. If parents are then unhappy with how it's going in the school they chose, they should — and should be able to — change schools. But that's not the same as meddling in the curriculum and pedagogy of their chosen schools or harassing the professionals who staff them."