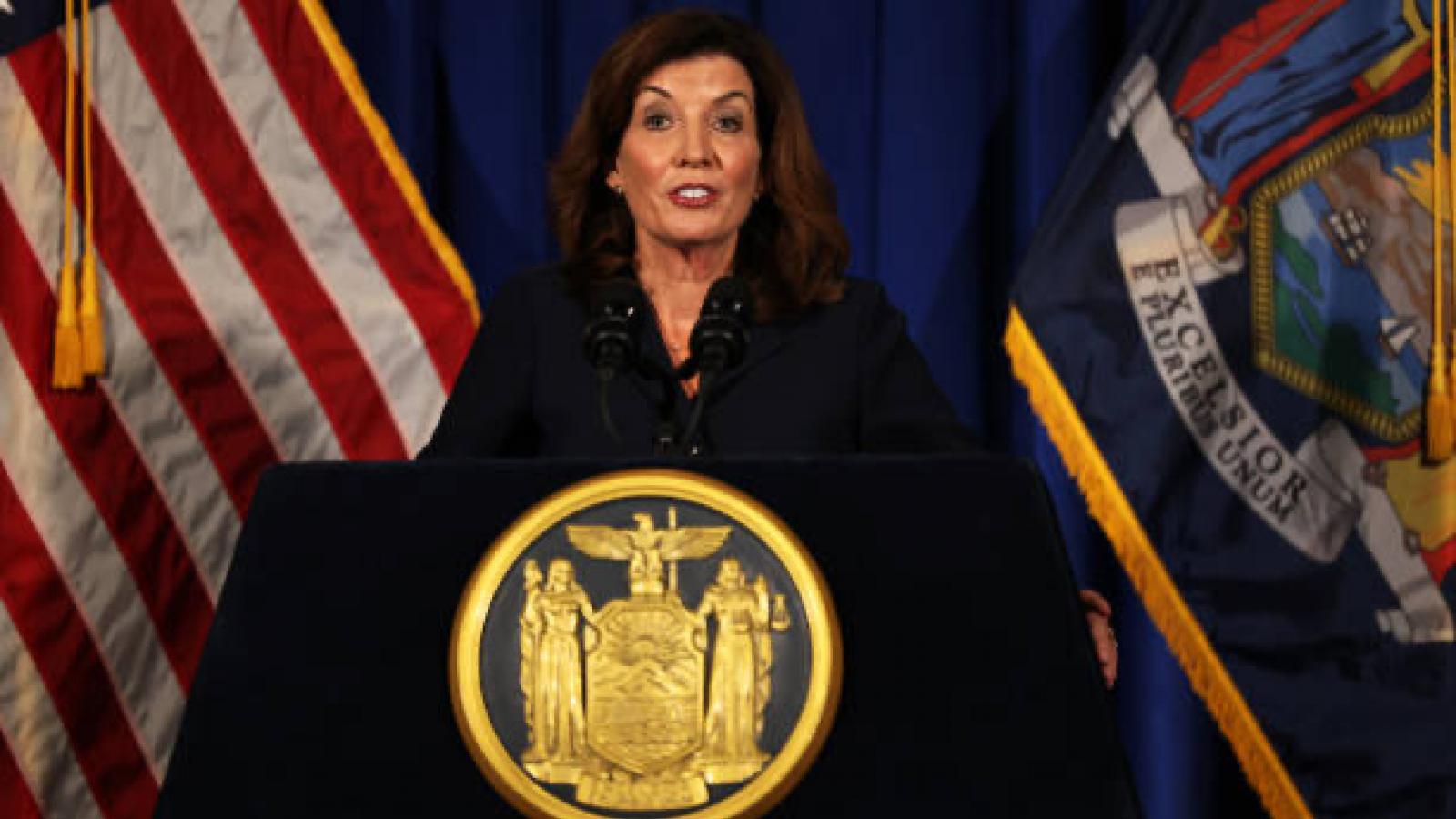 Outgoing New York Gov. Andrew Cuomo has pledged a smooth transition as he leaves office in less than two weeks. That was what Lt. Gov. Kathy Hochul, Cuomo’s successor, told reporters when she spoke Wednesday afternoon.

It was her first time meeting with reporters since Cuomo stunned the nation Tuesday by announcing his resignation amid numerous investigations into his administration and the potential for an impeachment trial.

Even though she hasn’t officially taken over as New York’s governor, it’s been a whirlwind period for the Buffalo native.

“Make no mistake,” she said. “Our work has already begun.”

Since the announcement, Hochul has spoken with New York U.S. Sens. Chuck Schumer and Kirsten Gillibrand, Hillary Clinton, state Senate Majority Leader Andrea Stewart-Cousins, D-Yonkers, Assembly Speaker Carl Heastie, D-Bronx, Govs. Phil Murphy of New Jersey and Ned Lamont of Connecticut and to numerous business, labor and faith leaders in the state. She said she was in the air when President Joe Biden tried to contact her.

Hochul said that she would have another address shortly after she assumes office. However, she noted Wednesday that New York still faces many challenges regarding the COVID-19 pandemic. That includes the spread of the delta variant, students and teachers returning to classroom settings in the coming weeks and getting workers to return to their office spaces.

As Cuomo remains in charge, she will use the upcoming days to fill her senior leadership positions and meet with cabinet officials to ensure that smooth transition.

That doesn’t mean all of the people from the Cuomo administration will continue in their jobs. There will be turnover, she said.

Several officials have been implicated in the investigations into the sexual harassment allegations and the inquiries into how it handled nursing home policies during the early stages of the COVID-19 crisis.

A report by Attorney General Letitia James noted that several deaths related to nursing homes were accounted as deaths in hospitals. News reports have indicated administration officials withheld information from state lawmakers and rewrote a report from state health officials on the issue.

Then there’s the independent investigation into the sexual harassment claims that James released last week. Besides finding claims from 11 women to be credible, the report noted a toxic environment within the Executive Chamber as senior Cuomo officials acted abusively toward staffers and took steps to discredit accusers.

“No one who was named as doing anything unethical in the (harassment) report will remain in my administration,” Hochul said.

However, when asked if she would consider pardoning the governor should he be charged with any crimes in New York, Hochul said she was there only to talk about her vision for the state and that it was “far too premature” to consider.

In answering questions from reporters, she portrayed herself as a second-in-command who helped push several key initiatives for the Cuomo administration. She said she was “fighting in the streets” to push for a minimum-wage increase and a champion other issues, such as paid family leave and fighting opioid abuse.

But then, she also said that she hasn’t been close with Cuomo – “physically or otherwise” – in some time and that she did not know about any of the allegations in the harassment report.

Hochul also said she planned on announcing her pick to succeed her at lieutenant governor within the next two weeks but declined to tip her hand when asked if it would be someone from the New York City area, as she indicated that search was still in the preliminary rounds.

“I love upstate. I love downstate. I love the whole state, and there are so many qualified individuals,” she said. “I’m cognizant of the need for diversity and an inclusive ticket. And I’m going to name someone that I believe the state will be familiar with and would be very proud of.”