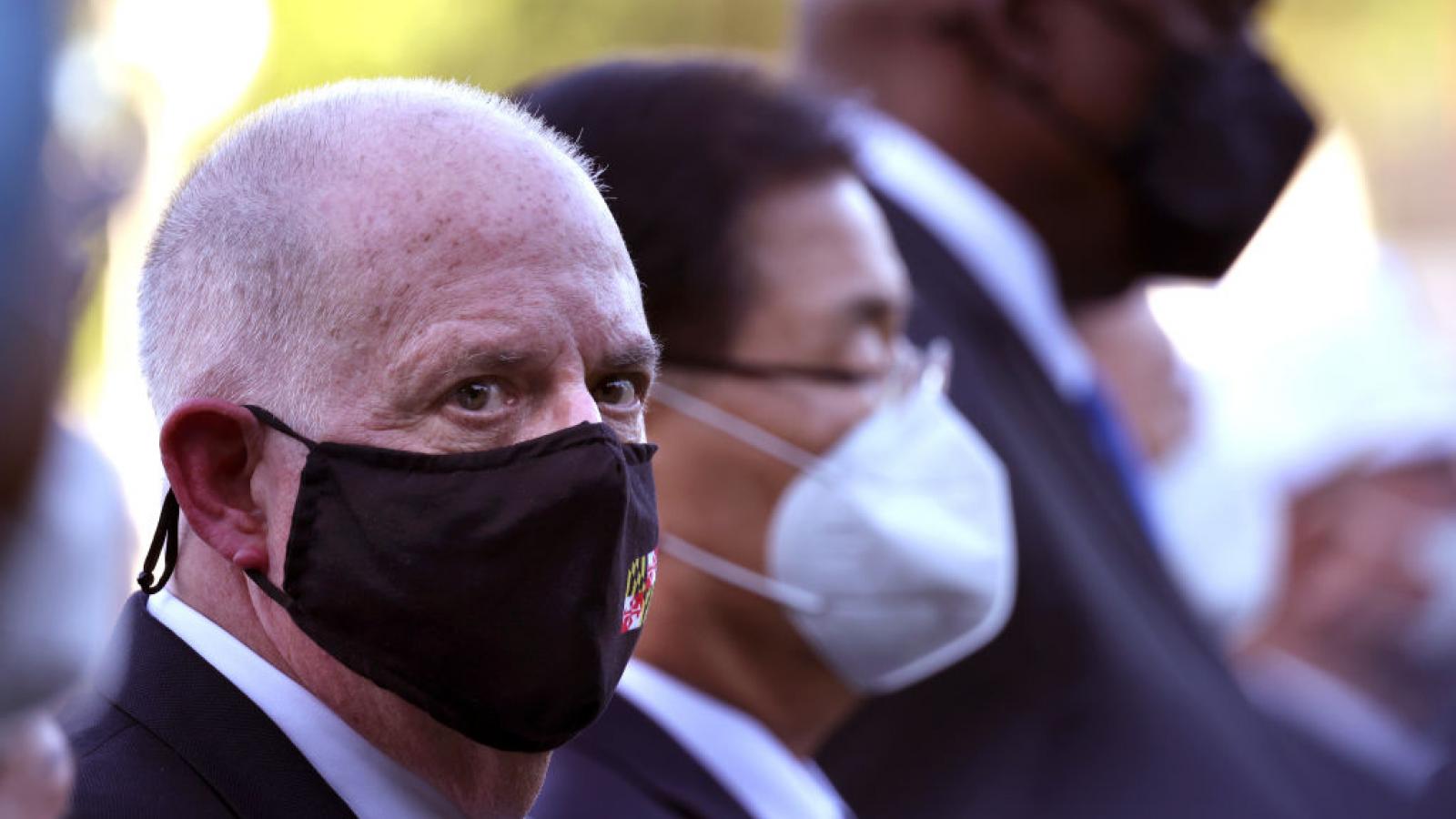 Maryland Gov. Larry Hogan at the Wall of Remembrance ceremony. May 21, 2021.
(Photo by Kevin Dietsch/Getty Images)
By Misty Severi

Maryland officials say they suspect over 508,000 new, potentially fraudulent unemployment claims have been filed since May.

The announcement Monday followed the state saying it has verified over 1.3 million fraudulent claims since the beginning of COVID-19 pandemic.

The most common means of filing a fraudulent claim is identity theft, according to CNN.

There has been an increase in unemployment fraud throughout the country since the start of the pandemic.

Unemployment money was not considered a high target by most criminals before the pandemic because there was not a lot of funding in it. However, when the states started putting extra money into weekly unemployment checks during the pandemic, criminals took advantage.

Maryland Go. Larry Hogan, a Republican, announced earlier this month his state would be ending the weekly $300 bonus unemployment benefits, now that the U.S. economy is recovery and work is easier to find.