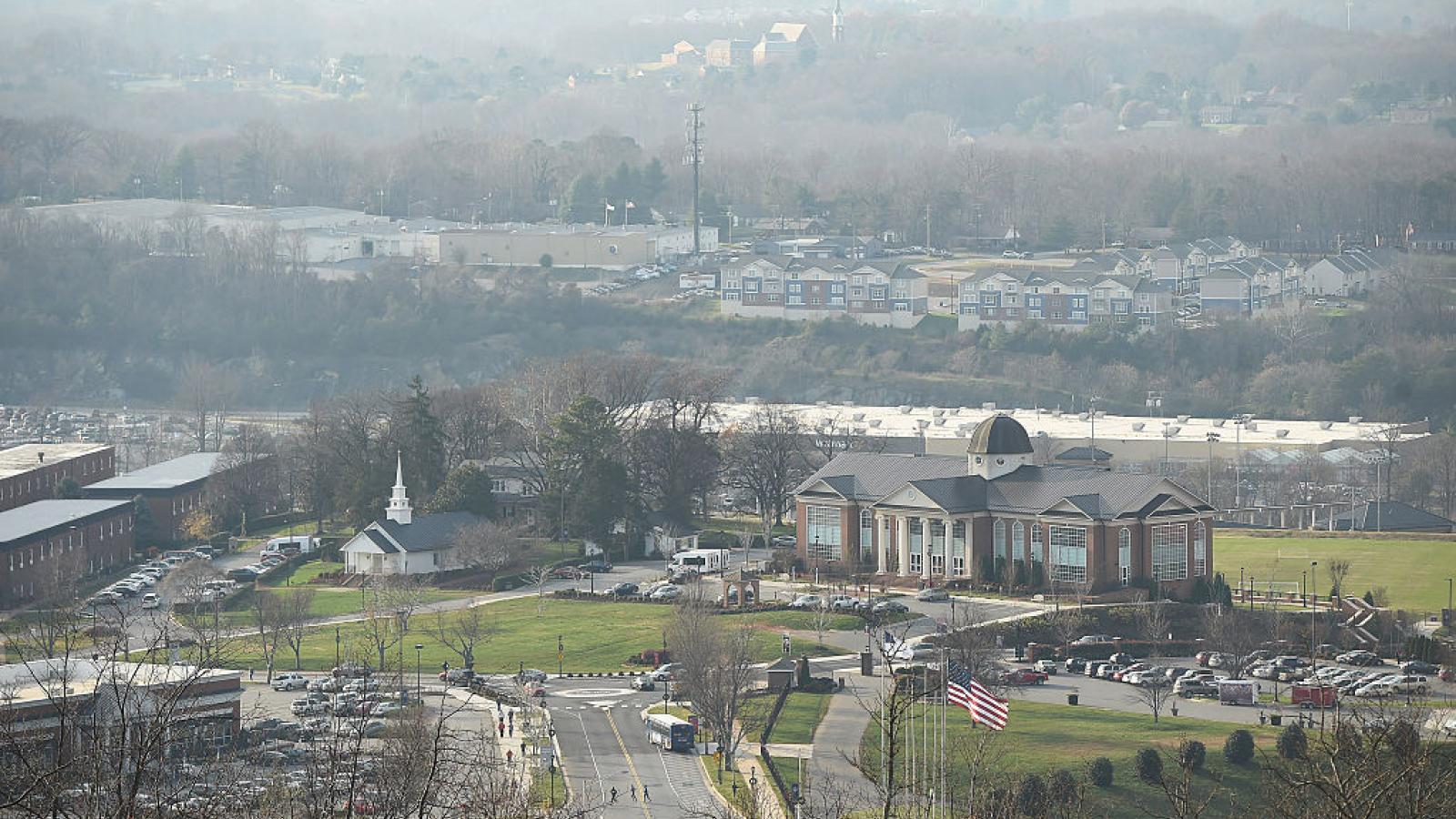 Liberty University
(The Washington Post/Getty)
By The Center Square Staff

The Republican and Democratic nominees to be the next governor of Virginia have still not agreed to a third debate after both candidates declined opportunities accepted by the other.

Most recently, Democratic nominee and former Gov. Terry McAuliffe declined to a debate with Republican nominee and businessman Glenn Youngkin, which would have been hosted jointly by Liberty and Hampton universities in late August. McAullife’s campaign cited the main reason for rejecting the invite being an election integrity rally this weekend, which will be hosted at Liberty University and attended by Youngkin.

“Upon learning that Glenn Youngkin will be attending an ‘Election Integrity’ rally hosted at Liberty University by insurrectionists who attended the deadly event at the U.S. Capitol, Terry McAuliffe will be declining Liberty University’s invitation to participate in its upcoming gubernatorial forum,” McAuliffe spokesperson Jake Rubenstein said, according to Virginia Scope. “This ‘Election Integrity’ event at Liberty University will be providing Glenn Youngkin with a platform to peddle Donald Trump’s debunked lies and conspiracy theories about the 2020 election.”

The event, which is being put on by the 5th District Republican Party, will include a variety of topics that include discussion of the 2020 election, policies designed to ensure voter integrity, fundraising and winning elections. Youngkin has said President Joe Biden was legitimately elected, but has also made election integrity a key part of his campaign. He also criticized McAuliffe for openly rejecting the legitimacy of the 2000 presidential election between George W. Bush and Al Gore in a 2004 speech to Democrats.

“Terry McAuliffe wants to act tough about debating, but he won’t agree to a townhall-style debate this month at one of Virginia’s great historically Black universities,” Youngkin said in a statement. “Come on Terry, let’s have the first debate at Hampton University and take questions from the great students who are the future of Virginia. Hampton University and Liberty University have done a fabulous job hosting this townhall-style debate in the past. It’s time for McAuliffe to stop talking out of both sides of his mouth and agree to do this debate.”

Three debates that McAuliffe accepted were not agreed to by Youngkin. This includes a debate hosted by the Virginia Bar Association, which has held debates between Virginia gubernatorial candidates in every election since 1985. The Youngkin campaign objected to the debate topics and moderator Judy Woodruff, an anchor for PBS Newshour. The campaign noted that she donated to the Clinton Foundation; however, PBS Newshour Sara Just said it was for a bipartisan effort to provide relief following earthquakes in Haiti.

There are two debates that have been mutually agreed to: The Appalachian School of Law in Grundy on Sept. 16 and a debate hosted by the Northern Virginia Chamber of Commerce, NBC4/Telemundo 44 and the Schar School of Public Policy and Government at George Mason University. The date for the latter debate has yet to be announced.