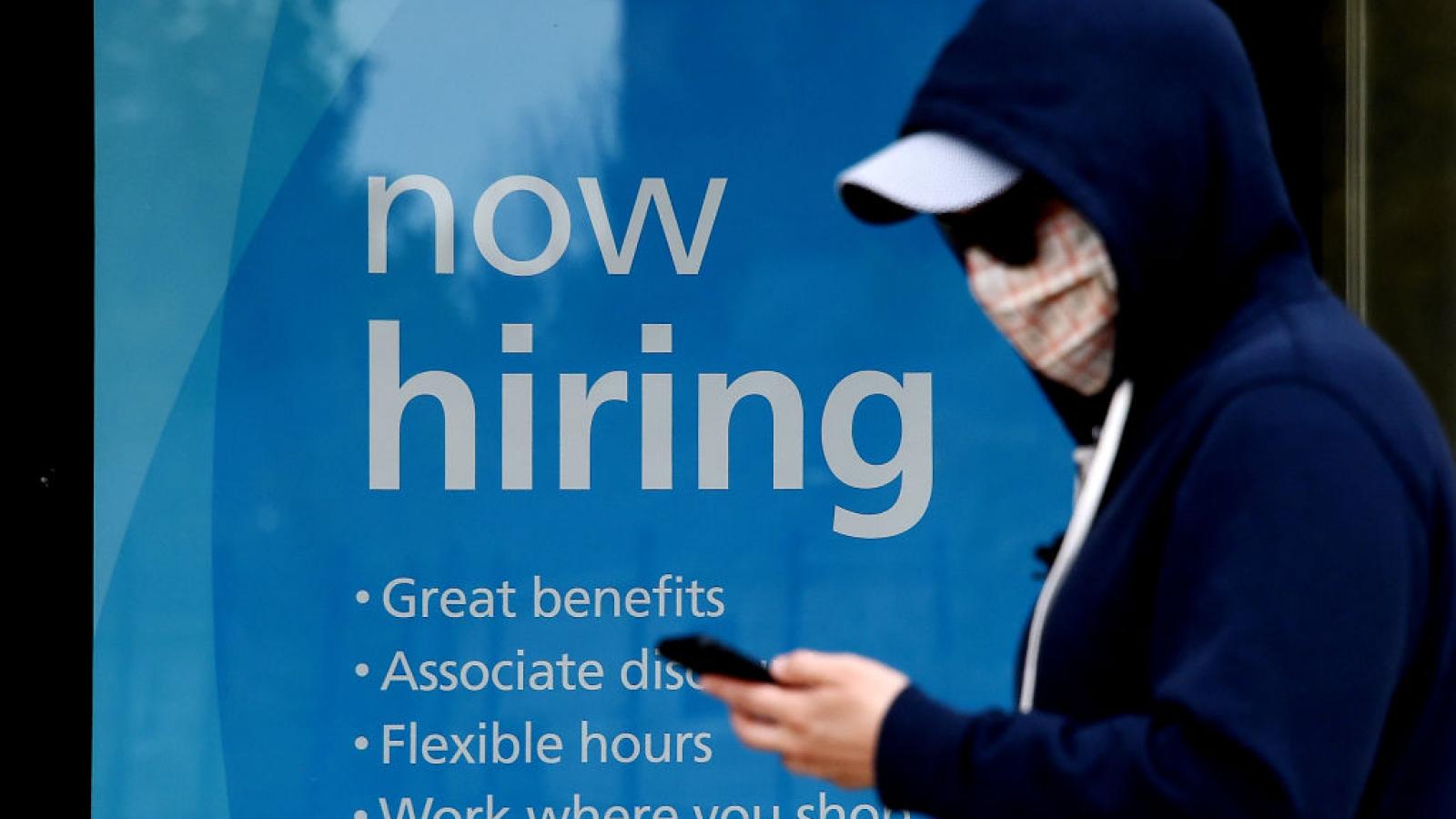 Some U.S. companies are calling back workers as the coronavirus pandemic flattens
(OLIVIER DOULIERY/AFP via Getty Images)
By The Center Square Staff

There are now more available jobs than unemployed Americans, a statistic that could influence a raging debate between Democrats and Republicans over continued federal jobless benefits.

The Bureau of Labor Statistics reported Tuesday that more than 10 million jobs are available in the U.S. despite widespread unemployment.

"The unemployment rate declined by 0.5 percentage point to 5.4 percent in July, and the number of unemployed persons fell by 782,000 to 8.7 million," BLS said. "These measures are down considerably from their highs at the end of the February-April 2020 recession. "

Part of the problem comes from job openings in industries that do not match unemployed individuals' previous career, some analysts say, or a job opening that is not in their area. For example, hospitality job openings will not appeal to someone hoping to return to the lumber industry, and a job opening in Atlanta does not help someone who lives in rural Georgia, unless they are willing to relocate.

Republicans, though, have been pointing for months to a different source of ongoing unemployment despite widespread job availability. They argue that $300 weekly federal unemployment benefits, when added to the already existent state benefits, are making it more advantageous for regular Americans to stay home than to reenter the workforce.

In a Morning Consult survey from July, 1.8 million unemployed Americans said they had turned down job offers because they did not want to stop receiving unemployment benefits.

More than two dozen governors have announced an end to those benefits in their states citing that reason, but many of those took effect midway through the collection of the latest data or had not taken effect at all.

Even Democratic U.S. Sen. Joe Manchin has thrown his support behind ending the payments, saying earlier this month that he’s done with the extensions. The benefits are currently set to expire in September.

“Month after month, Labor Department data has shown that Republican governors are leading in reopening their states and getting people back to work,” Republican National Committee Chairwoman Ronna McDaniel said earlier this month, hitting a recurring talking point for Republicans.

Oklahoma Gov. Kevin Stitt was one of many Republican-led states to turn away the $300 benefits via executive order, but an Oklahoma County district judge overturned that decision Monday in an injunction, keeping the state in the federal program until the judge rules on a challenge to Stitt’s order.

Stitt had argued the payments were keeping Americans from returning to work.

“Since our state has been open for business since last June, the biggest challenge facing Oklahoma businesses today is not reopening, it’s finding employees,” Stitt said in his announcement earlier this year. “For Oklahoma to become a Top Ten state, workforce participation must be at a top level and I am committed to doing what I can to help Oklahomans get off the sidelines and into the workforce.”