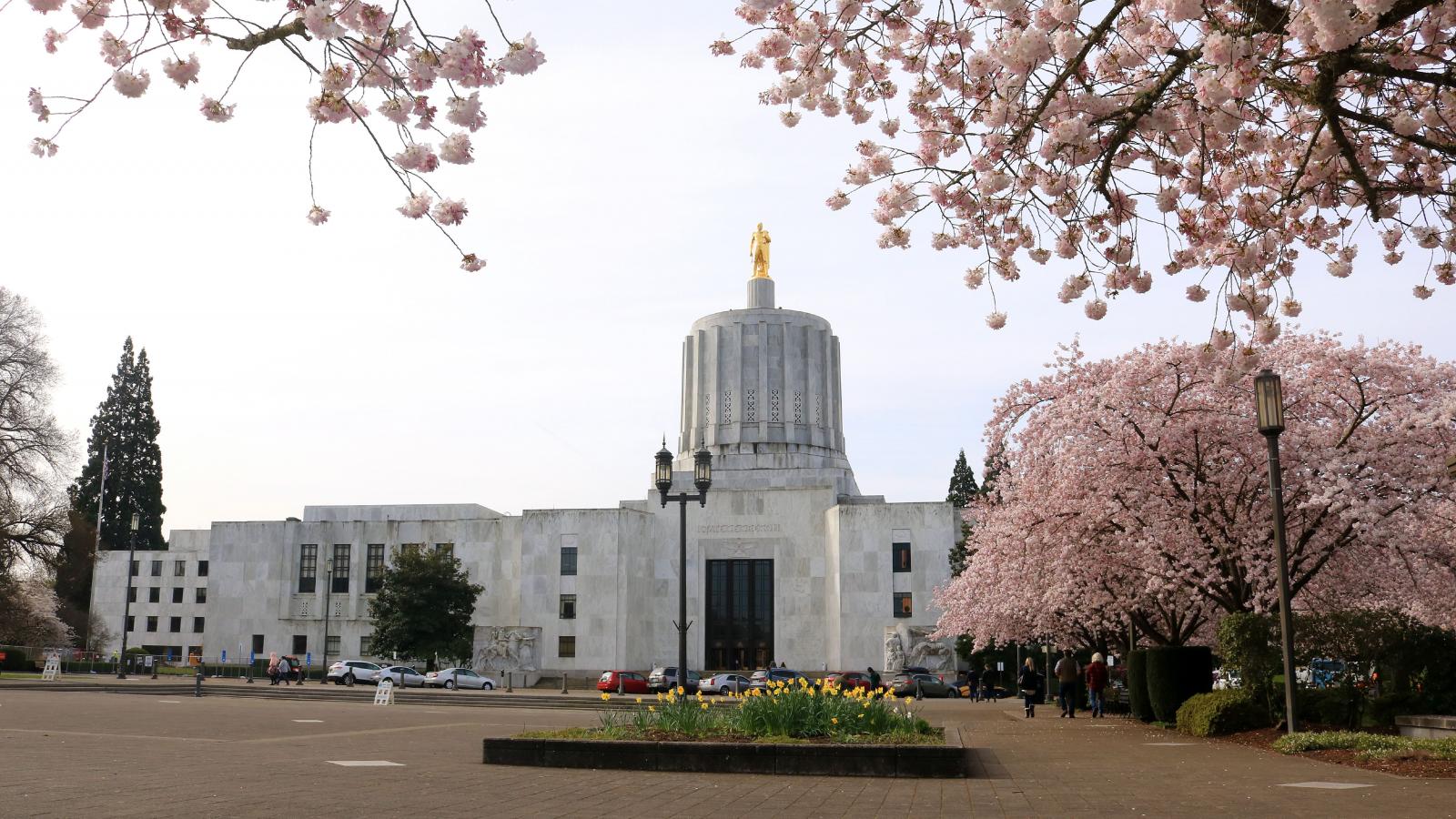 The Oregon state Capitol in Salem.
Getty Photos
By The Center Square Staff

With state coffers filled to the brim, Oregon is on track to bring in $1 billion more than lawmakers expected. It's up in the air whether taxpayers see any relief.

Based on new economic forecasts released Wednesday, the state is expected to rake in $23.5 billion over the next two years—up from $22.3 billion projected in Oregon's last economic forecast in February. State economists have pegged revenue growth at 5% over the next several years. Oregon's fiscal outlook, they report, will be the strongest in decades if the state fully reopens as planned this summer.

State economists attributed the rosy news to better than anticipated income tax revenue, cannabis tax money, and $4.2 billion in federal stimulus passed by Congress. Lottery sales, they report, have virtually recovered. Unemployment will likely reach 4% by next year if reopening happens on schedule, down from its current 6% rate.

The state is also poised to pay out a $1.4 billion "kicker" or the tax rebate that's triggered when state revenue comes in 2% over projections. The new forecast more than doubled the kicker from the $571 million projected in March.

Wednesday's forecast is significant for state lawmakers as they draft their proposed budgets next month. Their most recent proposals in March included slashing the kicker by millions to pay for summer school programs and addiction centers passed by voters last fall.

Senate President Peter Courtney, D-Salem, called the forecast "unbelievable" and said it's now on the state legislature to put that money to good use.

"If we join our hands and arms, we can really do something about the pain and suffering of Oregonians right now," Courtney said in a statement. "If we don't, we have no one to blame but ourselves."

Oregon Republicans agreed with their Democratic colleagues on Wednesday that the state's balance sheets are looking up. The sticking point for Republicans is whether more of that money will go to public programs or taxpayers' pockets.

"We must first ensure taxpayers get their full Kicker," said Senate Minority Leader Fred Girod, R-Lyons. "That money belongs to them, and there is no justification to take it from them."

The Senate Republican Caucus proposed on Wednesday using the excess cash to fund and reopen Oregon K-12 schools with the school districts' recommended budget of $9.6 billion. The caucus wants to invest $100 million into workforce development and community college programs. Under their plan, another $800 million would go to wildfire recovery efforts.

Between now and 2022, state analysts write, Oregon will face plenty more risks. Retaining workers will be a challenge without full-time child care for working parents. Employers will also have to see how inflation and rising material costs play out over the next year.

Josh Lehner, an analyst with the Oregon Office of Economic Analysis, writes that state lawmakers ought to tread lightly if they decide to dip into Oregon's $1.6 billion in cash reserves. Lehner adds that other unforeseen disasters like a stock market downturn could put Oregon's budget back in a hole overnight.

"Although budget writers have a lot more to work with, a good deal of caution is required and savings are a must," Lehner writes. "The kicker law dictates that we stick our necks out with an aggressive revenue outlook, exposing us to the risk of a large budget shortfall should growth stall."

The Oregon Legislature has little more than a month to pass a budget before it adjourns June 28.