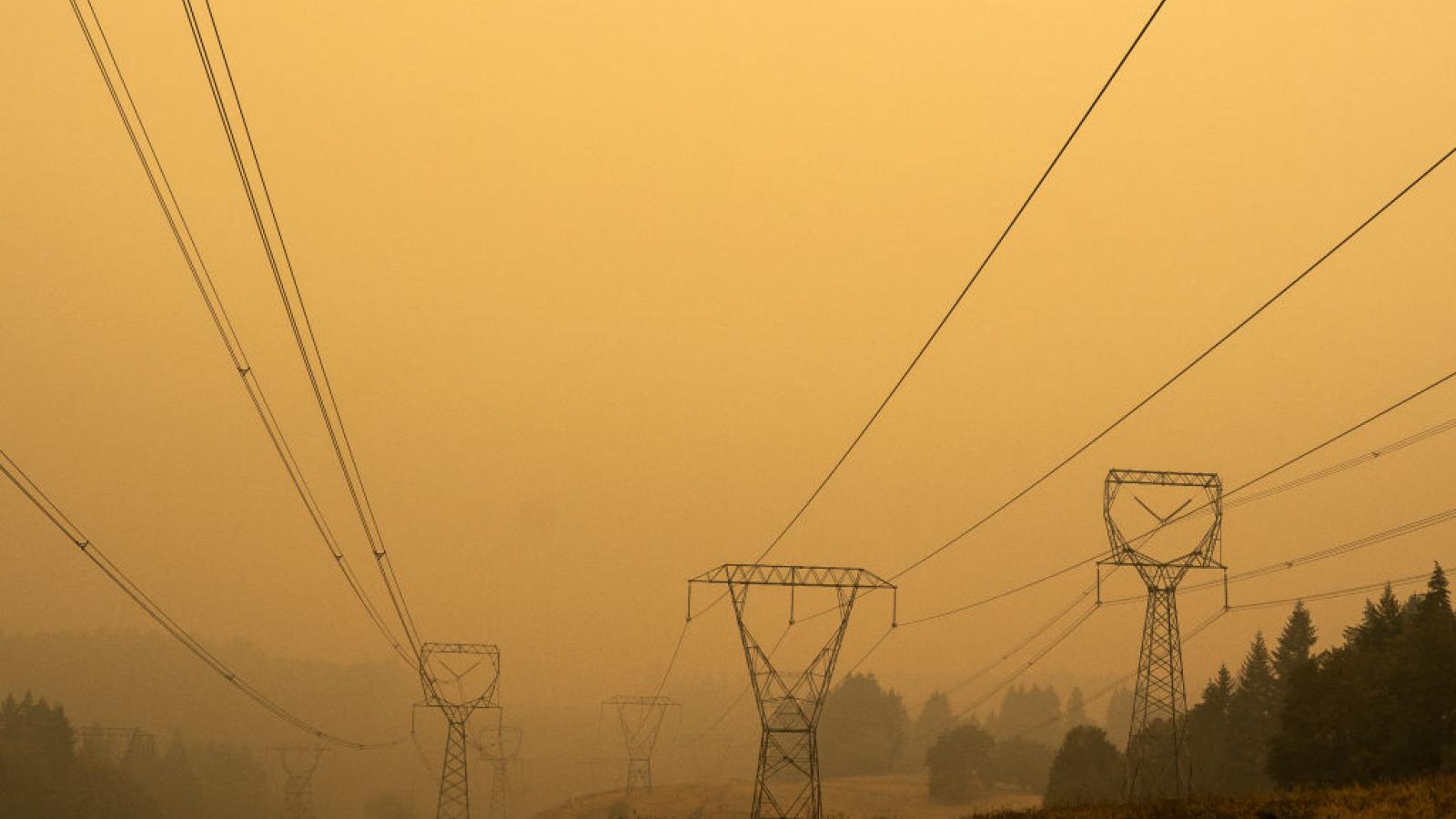 The Bootleg Fire was first reported on July 6 and was burning some 38,000 acres on Friday. By Saturday, the fire grew to 76,897 acres, according to INCIWEB. On Monday morning, it swelled to at least 153,535 acres, threatening 1,200 homes in Klamath County. That equates to around 240 square miles or the approximate square mileage of Portland, Eugene and Salem combined.

All residents in the vicinity of the Bootleg Fire were under evacuation orders on Monday. Those orders include Level 1 "Get Ready," to Level 2 "Get Set" and Level 3 "Go Now." Over the weekend, the Klamath County Sheriff's office announced it would make arrests if anyone in the evacuation zones refused to leave the area.

As of Sunday, the following communities in Klamath County were placed under evacuation:

North of the town of Beatty. East side of Godowa Springs Road north of the OC and E Trail to the Klamath County Line.Near the town of Sprague River. Upper tableland area north of Oregon Pines Road.

On Sunday, the Oregon State Fire Marshal reported that 1,000 firefighters were being sent to the scene along with 83 fire engines from Lane County and beyond. The Bootleg Fire was 0% contained on Monday morning. Its cause is under investigation.

Fire officials report the thick plumes of smoke from the Bootleg Fire and the Jack Fire in neighboring Douglas County were drifting as far east as Idaho. On Sunday, the Jack Fire had burned more than 10,937 acres west of Tokatee, the Oregon State Fire Marshal Blue Incident Team reported.

As of Monday, The Jack Fire was 10% contained as of Monday, the agency reported. Around 781 people are fighting the Jack Fire in 53 vehicles—four aircraft, five dozers and 44 engines. The fire threatens some 240 structures.

More concerning to Northern Californians is the Bootleg Fire's proximity to power lines some eight miles away. The prospect of fire-induced mass power outages in the region prompted California's Independent System Operator to issue energy conservation advisories this week.

Customers are urged to use as little electricity as possible between 4 p.m. and 9 p.m. PST on Monday. The agency recommended households set thermostats to at least 78 degrees Fahrenheit, leaving the lights off and not using major appliances.

Over the weekend, the Bootleg Fire cut power to transmission lines, clogging up energy output up and down the West Coast. As a result, power to the California ISO service territory, which covers about 80% of the state, was cut by as much as 3,500 megawatts.

On Sunday, California Gov. Gavin Newsom signed an executive order allowing the state to free up additional power from around the state to keep the power grid stable through the weekend. His order remains in place as temperatures remain in the triple-digits across the Golden State.

This year, Oregon's wildfire season has seen 597 fires burn some 15,300 acres, according to the Northwest Interagency Coordination Center. That figure pales compared to the 4,000 wildfires burning across California, 16 of which span more than 1,000 acres.

As fires grow in Oregon, the chances of the state offering help to California as it did in 2020 could diminish. Both states are among those across the Western U.S. looking to the Biden administration for help preparing an unprecedented wildfire season.