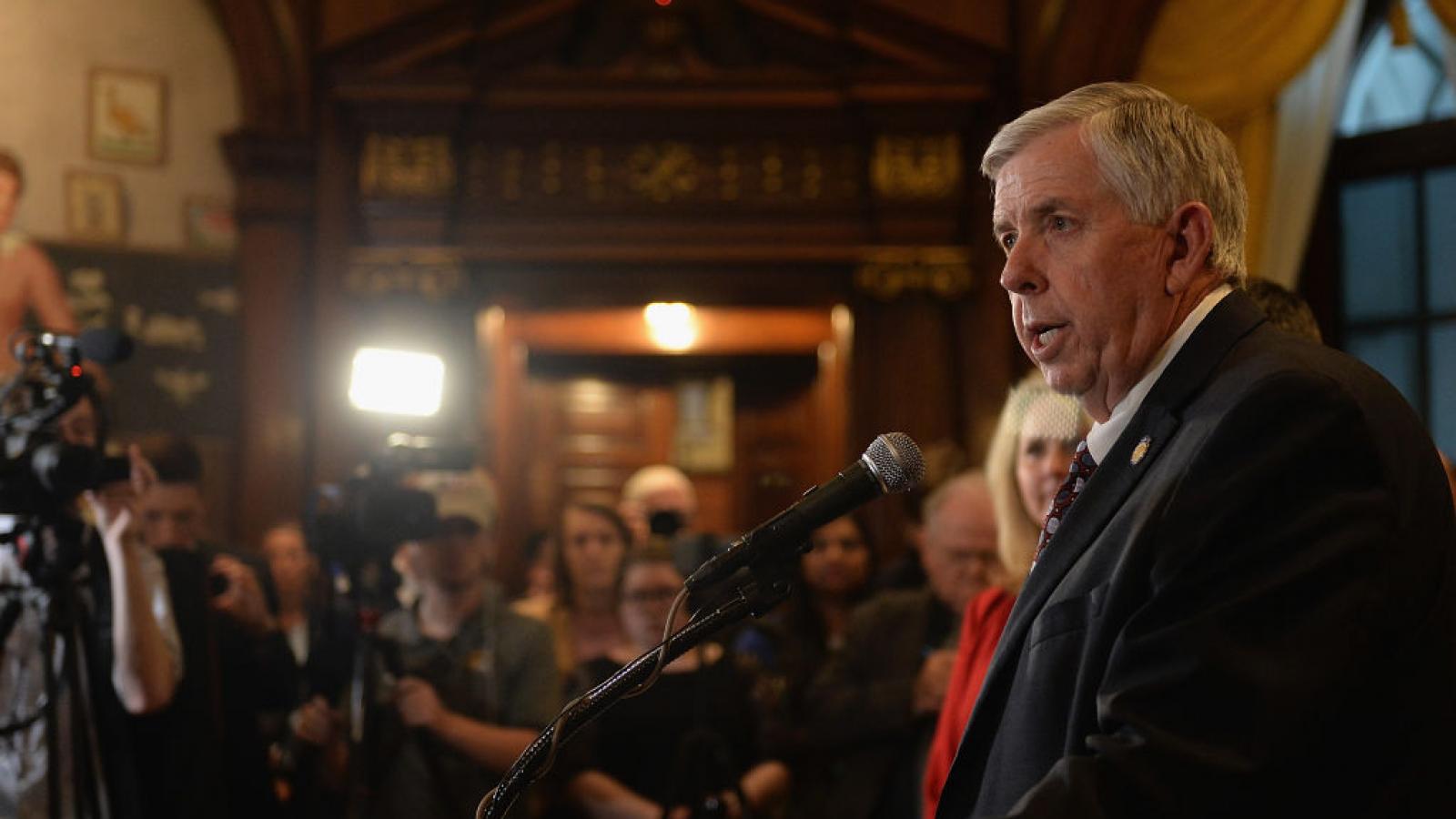 Democrats used the word “fascism” to describe Missouri Republican Gov. Mike Parson’s criticism of a journalist for his story on research conducted by the state health department on mask mandates.

“He’s attacking the press again for doing their job,” state Rep. Peter Merideth, D-St. Louis, told The Center Square. “This is getting to a point where it’s beyond concerning. When the press points out something your administration is doing wrong, he turns around and attacks them and says they are criminals or liars. It’s a dangerous, dangerous road he’s going down.”

The Missouri Independent reported on Wednesday a freedom of information request found Parson’s office requested in November research from the Department of Health and Senior Services (DHSS) on the effectiveness of masks in St. Louis, St. Louis County, Kansas City and Jackson County. Missouri Attorney General Eric Schmitt filed lawsuits earlier this year against the municipalities because of their mask mandates.

DHSS director Donald Kauerauf wrote in an email a number of factors determine COVID-19 death and infection rates, but research showed mask mandates were effective in the municipalities. The Independent reported the research wasn’t shared with the Governor’s cabinet or with the public.

Parson responded with a 379-word post on social media channels on Thursday.

“Rudi Keller, a political blogger for the Missouri Independent, wrote a purposefully misleading article titled ‘Missouri Health Department found Mask Mandates Work, but Didn’t Make Findings Public,’” the governor wrote. “He handpicked information from a Sunshine request then took the data out of context in order to fit his narrative. He left out important information that provides context for the whole story. This type of 'so called' reporting is unethical and needs to stop because it misleads the public and poses a danger to the credibility of our institutions.”

“This is what fascism looks like,” Crystal Quade, D-Springfield, the House minority leader, posted on Twitter. “Gov. Parson is yet again attacking a journalist for doing their job and reporting the facts.”

Quade referred to Gov. Parson accusing a St. Louis Post-Dispatch data journalist of “hacking” into a public-facing website of the Department of Elementary and Secondary Education (DESE). At the time, Parson said the investigation into the matter could cost $50 million. On Thursday, the Post-Dispatch reported documents obtained through a Sunshine Law request showed DESE wanted to thank the media outlet for communicating the vulnerability. However, after meeting with the governor’s staff – and after a Federal Bureau of Investigation expert told the staff nothing criminal occurred – DESE changed its messaging and Parson held a news conference to allege a criminal act.

“When he pursued criminal prosecution against the reporter, when he was actually helping protect teachers from a vulnerability in their website, that’s a prime example to use the word fascism,” Merideth said. “It's the road to fascism when you actually use criminal prosecution to go after journalists because they are doing their jobs.”

Several media outlets around the country published stories on Friday about the report and Parson's reaction.

Kelli Jones, the communications director for Parson, said in an email the report left out important information.

“As noted within the source emails, which were conveniently left out of the article, the comparisons shown in the analysis do not account for any outside variables, such as health care access and especially vaccinations,” Jones wrote. “Rudi Keller proceeded to use these two charts to speculate findings with no valid conclusions and mislead Missourians into thinking state government maliciously withheld information. Unfortunately, this is not the first time Mr. Keller has written irresponsible biased blogs.”

Jason Hancock, editor-in-chief of the Missouri Independent, said the story's content and presentation was fair and accurate.

"Our story – which included all documents and data supporting it – speaks for itself," Hancock wrote in an email to The Center Square on Saturday. "We stand behind our reporting."