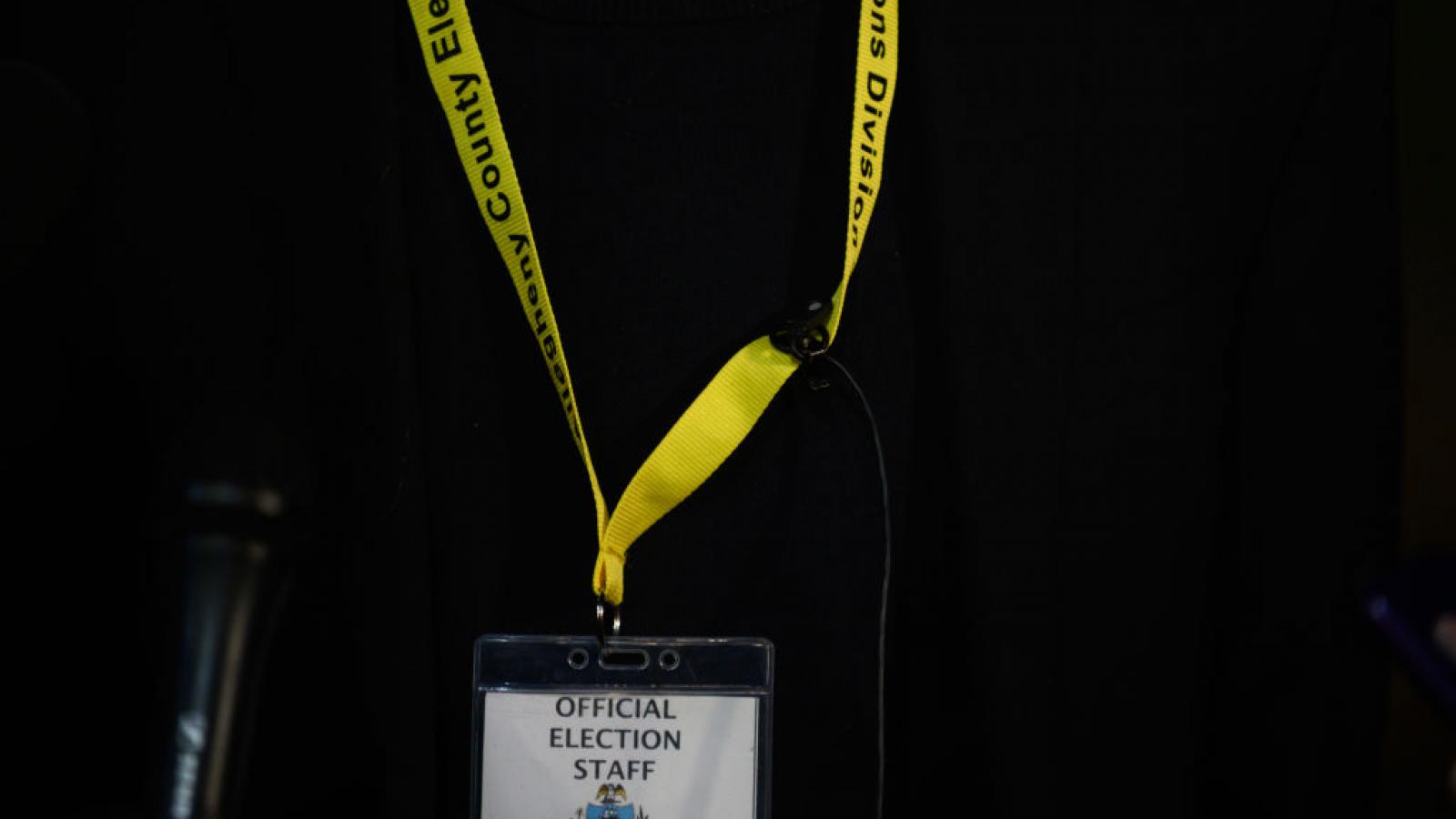 The Pennsylvania Department of State decertified Fulton County's voting machines on Wednesday after officials there participated in a third-party audit.

The voluntary probe came at the request of Sen. Doug Mastriano (R-Gettysburg) who's currently spearheading a larger effort to audit machines in Tioga, York and Philadelphia counties amid his ongoing campaign to ferret out fraudulent activity during the past two elections.

At least two of the counties confirmed they wouldn't comply with Mastriano's request because they can't afford to replace their machines if the state decertifies them for participating, too.

Acting Secretary of State Veronica Degraffenreid said Wednesday she has "no other choice" after Fulton County officials confirmed that Wake Technology Services Inc. accessed its Dominion voting machines earlier this year, violating the state's chain of custody provisions and other "strict limitations" designed to prevent tampering.

Degraffenreid said Wake TSI lacks any knowledge or expertise in election technology and was still given access to "key components" of the machine, including the county's election database, its results files and Windows system logs. The company also preserved hard drive images onto USB devices.

"These actions were taken in a manner that was not transparent or bipartisan," she claimed. "As a result of the access granted to Wake TSI, Fulton County's certified system has been compromised and neither Fulton County; the vendor, Dominion Voting Systems; nor the Department of State can verify that the impacted components of Fulton County's leased voting system are safe to use in future elections."

Wake TSI served on the audit team involved in Arizona's recount of more than 2.3 million ballots in Maricopa County. Mastriano and two other Republican lawmakers visited the Phoenix site last month before meeting with Arizona legislators to discuss the team's findings.

Wake TSI reportedly left the audit team after its contract ended on May 14, according to a report from the Fulton County News.

Fulton County Commission Chairman Stuart Ulsh said during a Feb. 9 public meeting that he didn't know who paid for the audit, but that the board agreed to do it to prove the county "didn't do anything wrong," according to a report from the Arizona Mirror.

The Center Square reached out to the commissioners for comment on Wednesday, but did not receive an immediate response.

Mastriano said in a news release last week that Degraffenreid lacked the authority to decertify counties' machines. He said the Senate Intergovernmental Operations Committee, of which he is chairman, "will press forward in the pursuit of a forensic investigation."

"What we are seeing is a convergence of scare tactics from Wolf Administration and the Attorney General to intimidate county officials and obstruct a forensic investigation," he said.

"Governor Wolf and AG Shapiro are standing in the way of the constitutional authority of the General Assembly," he added. "For people who once lectured the state about transparency and accountability, we all ask, what do they have to hide?"

Democrats insist they have nothing to hide and view the audit as just the latest in a string of stunts from Mastriano to curry favor with former President Donald Trump and earn his endorsement in a potential gubernatorial run next year.

"Continuing to indulge Donald Trump's #BigLie could lead to more activity like what we saw on January 6th," Senate Minority Leader Jay Costa (D-Pittsburgh) said on Twitter. "It betrays trust in our electoral system without cause and can reduce participation in that important process."

Biden won Pennsylvania by about 81,000 votes in November. The Trump campaign fired off a series of lawsuits alleging mail-in voter fraud that were later dismissed for lack of evidence. Several Republican lawmakers supported the effort, Mastriano chief among them.

Soon after, Mastriano faced national scrutiny for chartering buses to the Jan. 6 “Stop the Steal” rally in Washington D.C. He was photographed near Capitol Hill, but said he left before rioters stormed the building.