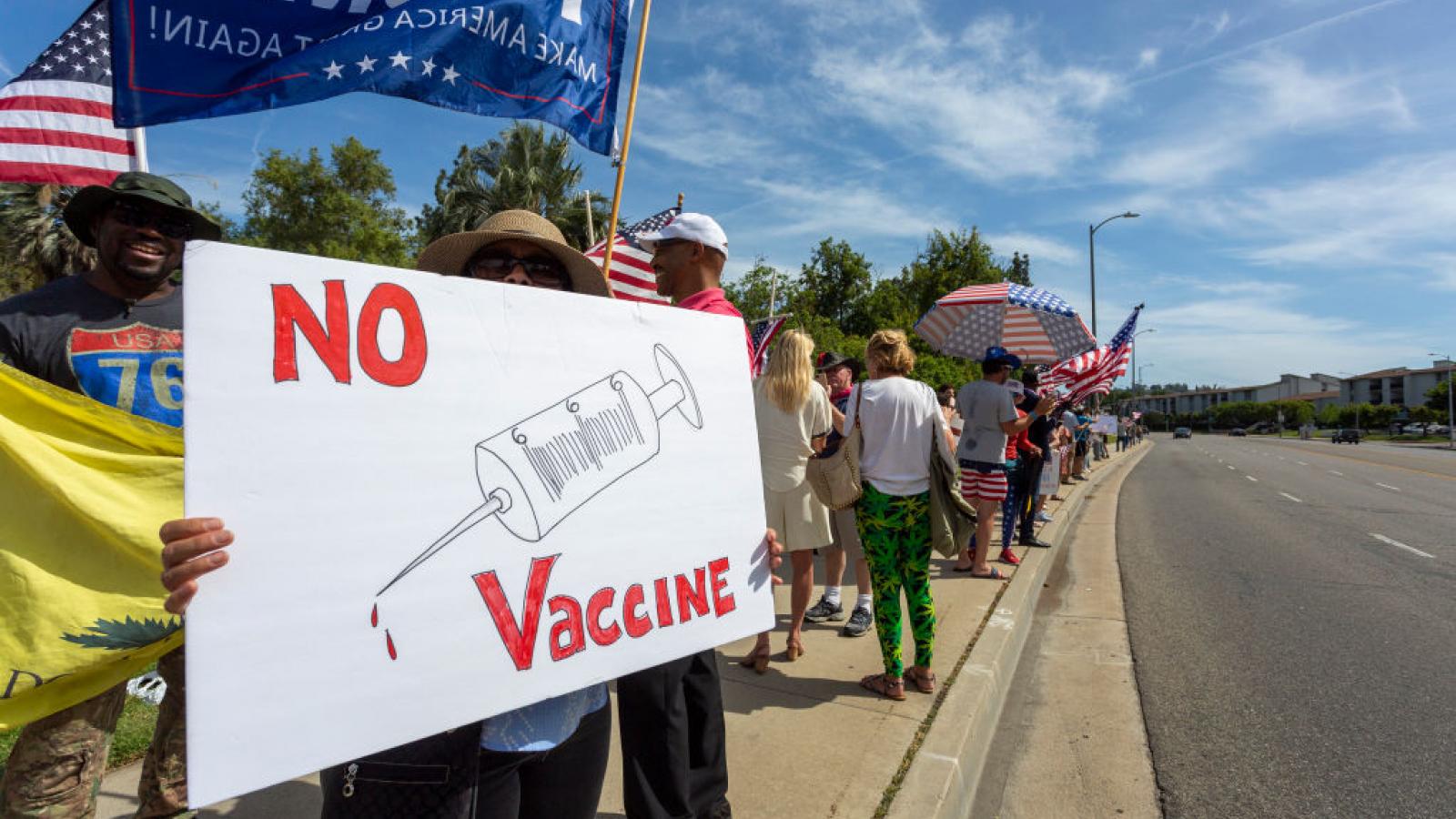 New polling on President Joe Biden’s federal vaccine mandate shows the majority of Americans do not think unvaccinated workers should lose their jobs.

Convention of States Action released the poll Wednesday, which reports that 65% of surveyed voters “do not believe Americans should lose their jobs if they object to taking the COVID-19 vaccine.”

The poll also found 22.2% believe those who refuse the mandate should lose their job, while 12.8% aren’t sure. The data comes as health care workers around the country have lost their jobs for refusing the vaccine, causing staffing problems in some hospitals.

Under Biden's rule, millions of more workers could be in the same position.

Feelings on the mandate differed significantly based on political affiliation. According to the poll, “63.6% of Independent voters do not believe Americans should lose their jobs if they object to taking the COVID-19 vaccine, while 15.5% believe they should, and 20.9% aren’t sure.”

Those independents tend to be key swing voters targeted by both parties in election years.

The poll found 83.5% of Republican voters don’t want the unvaccinated to lose their jobs while 47.9% of Democrats feel the same way.

The mandate in question requires all federal employees and government contractors to be vaccinated. It also requires all businesses with more than 100 employees to ensure their workers are vaccinated or test them weekly, among other new rules and guidelines released by the Biden administration earlier this month.

“This plan will ensure that we are using every available tool to combat COVID-19 and save even more lives in the months ahead, while also keeping schools open and safe, and protecting our economy from lockdowns and damage,” the White House said when announcing the mandate.

Convention of States Action partnered with The Trafalgar Group to conduct the survey Sept. 17th through Sept. 19th. They queried 1,000 likely 2022 election voters.

Biden already faces lawsuits over the requirement, and more than two dozen Republican governors have made clear their opposition to the vaccine mandate. The legal challenges and nationwide split on the federal order have set up a likely legal showdown that could go to the U.S. Supreme Court.

A different poll from the same group released earlier this month found that Americans support the Republican governors who oppose the mandate. The poll reported that 58.6% of those surveyed “do not believe President Biden has the constitutional authority to force private businesses to require vaccine mandates for employees."