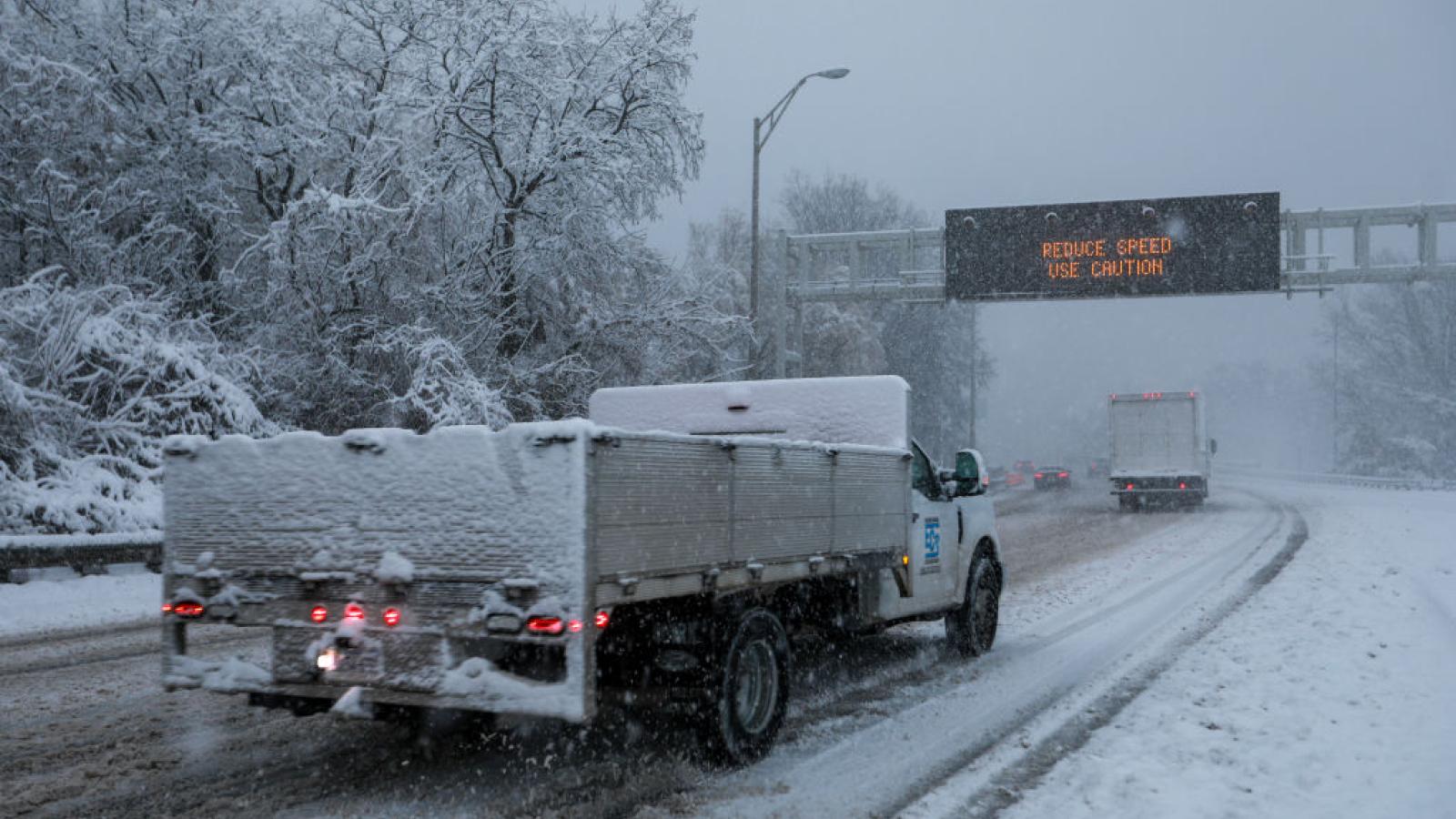 The snowstorm that dropped roughly a foot of snow on the Mid-Atlantic region has resulted in a massive traffic backup Tuesday on Interstate-95 in northern Virginia that stranded motorists overnight in freezing temperatures in a reported 48-mile backup.

The backup in the state's Stafford County is the result of multiple truck crashed on snowy and icy roads and as of Tuesday morning was about 15-hours long, according to NBC's WRC-TV.

The fast-moving storm arrived in the region early Monday morning and continued into the afternoon.

Many drivers, some with children and pets in their vehicle, are out of gas and don't have food or water Tuesday, the Washington, D.C.-area TV station also reports.

"We are getting to people as soon as we can," Virginia Department of Transportation spokesperson Kelly Hannon said in a statement. "We understand the severity of the situation."

The agency said at 7 a.m. that both directions of I-95 -- the major highway from Florida to Boston -- are closed.

In Maryland's Montgomery County, north of the nation's capitol, three people were killed Monday evening when a car collided with a snowplow, according of FOX 5 DC.

In addition, one person was injured critically, a county police spokeswoman said.

A county fire department spokesperson said initial reports indicated the car had run into the rear of the plow, the local FOX TV station also reports.