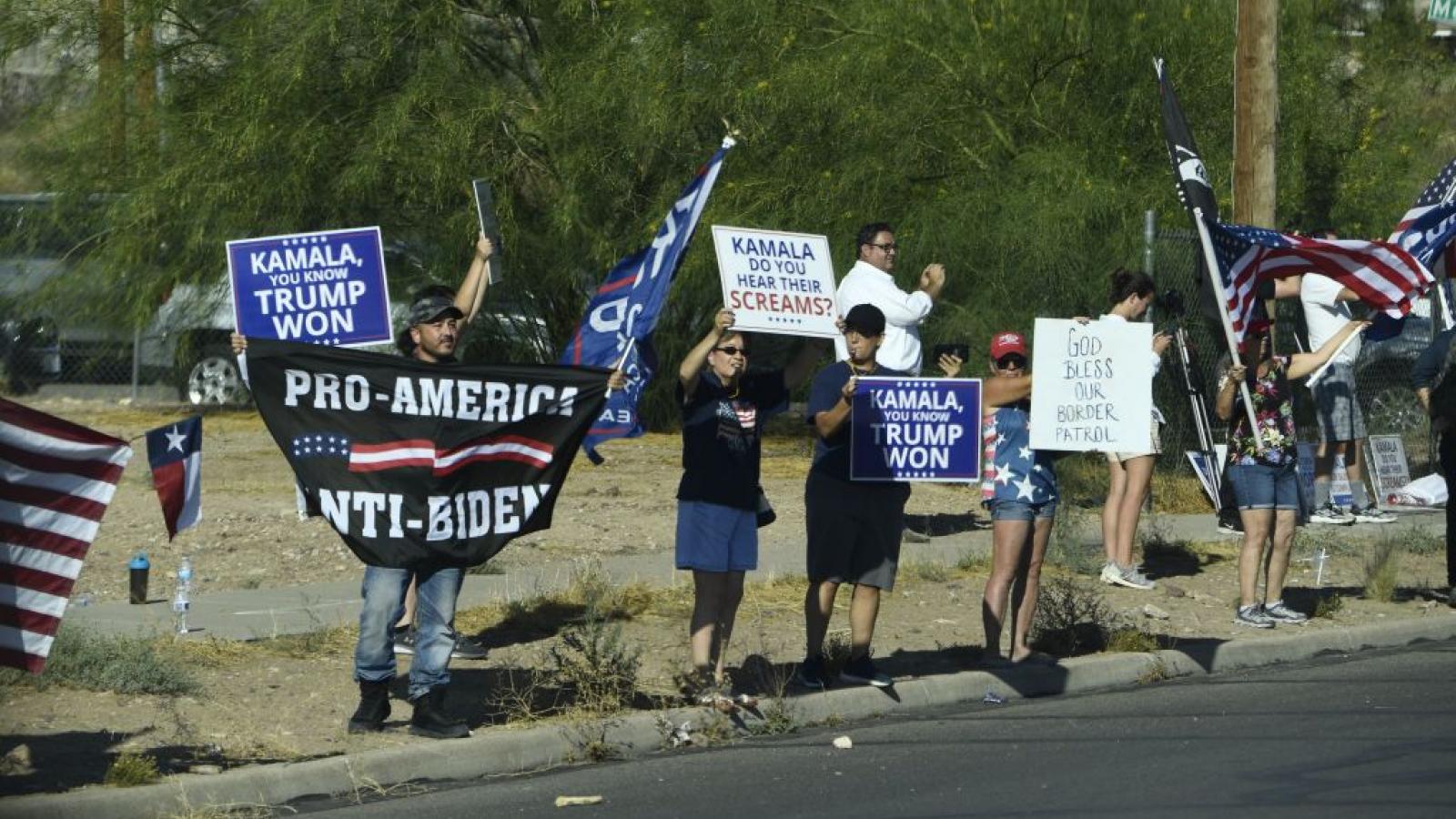 Several Texas sheriffs and the Federal Police Foundation sued President Joe Biden on Thursday for what they say is his administration’s “unlawful and unconstitutional” policies related to removing criminal illegal immigrants from the country.

They filed suit in the U.S. District Court for the Southern District, Galveston Division, represented by Kris Kobach, the former attorney general of Kansas, with Alliance for Free Citizens, Kinney County Attorney Brent Smith, and Chris Hajec with the Immigration Reform Law Institute.

In addition to Biden, they sued U.S. Secretary of Homeland Security Alejandro Mayorkas, Acting Director of U.S. Immigration and Customs Enforcement (ICE) Tae Johnson, ICE, and Troy Miller, a senior officer performing the duties of the Commissioner of Customs and Border Protection (CBP).

The lawsuit is in response to a Feb. 18 order from Johnson that plaintiffs say “commands ICE officers to violate the specific terms of federal immigration law.” The interim guidelines revise how federal officers are to arrest, detain, and deport illegal immigrants.

“The relief we are seeking is that the court order ICE and the Department of Homeland Security to simply follow the law,” Kobach said in Galveston Thursday. “To follow the specific laws … that require them to detain and deport certain illegal aliens.”

They allege that “many extremely dangerous illegal aliens who would have been detained prior to the February 18 Memorandum are now not being detained – against the wishes of the ICE officers seeking to detain them, and in violation of federal statutes requiring their detention and/or removal.”

Instead of following immigration law established by Congress, Johnson directed ICE officers to only focus on three types of people who enter the U.S. illegally: those who pose a national security threat, including known or suspected terrorists; those who illegally crossed the border after Nov. 1, 2020; and those who have already been convicted of aggravated felonies or are gang members.

Part of ICE’s job is to find and remove roughly 672,000 fugitives who have already been ordered to be deported by a federal immigration judge and are still residing in the U.S. illegally, which is not one of the three priorities listed.

Johnson’s new directive also instructs ICE agents to first get clearance from their supervisors if they encounter illegal immigrants who aren’t convicted criminals. However, ICE officers have been “rarely granted preapproval for enforcement actions against non-priority aliens,” the lawsuit states. “The time-consuming paperwork and the low probability of preapproval being granted have caused many ICE officers not to even attempt seeking preapproval.”

As a result of the new policy, ICE reported a record-low 2,962 deportations in April, compared to an average 8,634 deportations per month during fiscal 2020.

ICE officers also say in sworn affidavits that they were forced to release known criminals into the U.S., including multiple deported child rapists and criminals convicted of sexual battery against a child, among others, according to the lawsuit.

ICE management denied officers’ requests to detain and deport these individuals, according to the lawsuit.

Either agents follow federal law they were sworn to uphold or follow Johnson’s memorandum, the complaint states: “Plaintiffs fear that they will be disciplined or will lose their jobs if they follow the law.”

Because of ICE’s policy, which plaintiffs argue threatens the lives of Americans, the sheriffs say they are “no longer able to present illegal aliens arrested for criminal activities to ICE for removal and expect them to be removed.”

As a result, “The detention costs, crime response costs, crime investigation costs, and related costs experienced by the Plaintiff sheriffs and counties have consequently increased dramatically.”