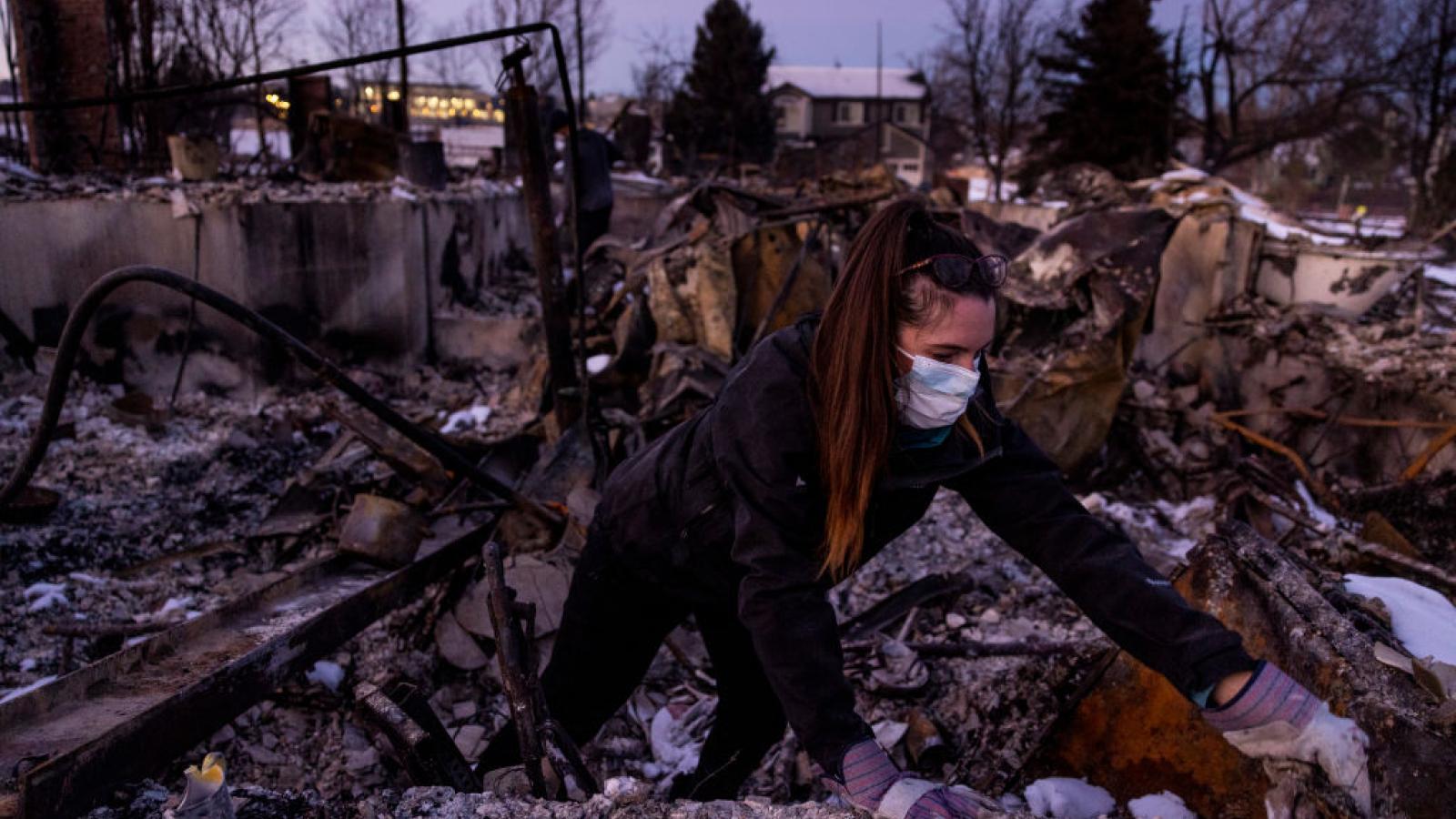 Two people remain missing as of Monday in the Colorado wildfire last week that destroyed nearly 1,000 homes and other buildings but has so far resulted in no reported deaths.

The fast-moving wildfire Thursday night in suburban Boulder and Denver was fueled by high winds and parched land from drought conditions.

Authorities said early Friday that everyone was accounted for after the fire. But a Boulder County spokesperson later said reports of three missing people had been overlooked in the emergency response in the immediate aftermath, according to the Associated Press.

One person was found alive Sunday, but searchers are still looking for a woman at a home in Superior and a man living near Marshall, officials said.

Rescue and recovery efforts have been made more difficult by a foot of snow to the region over the weekend.

Investigators are still trying to determine what caused the fire across roughly 9.4 square miles.

Boulder County Sheriff Joe Pelle says authorities are tips and have executed a search warrant but he declined Sunday to give details about what investigator think started the Marshall Fire, including whether he thought the fire was intentionally set, the wire service also reports.