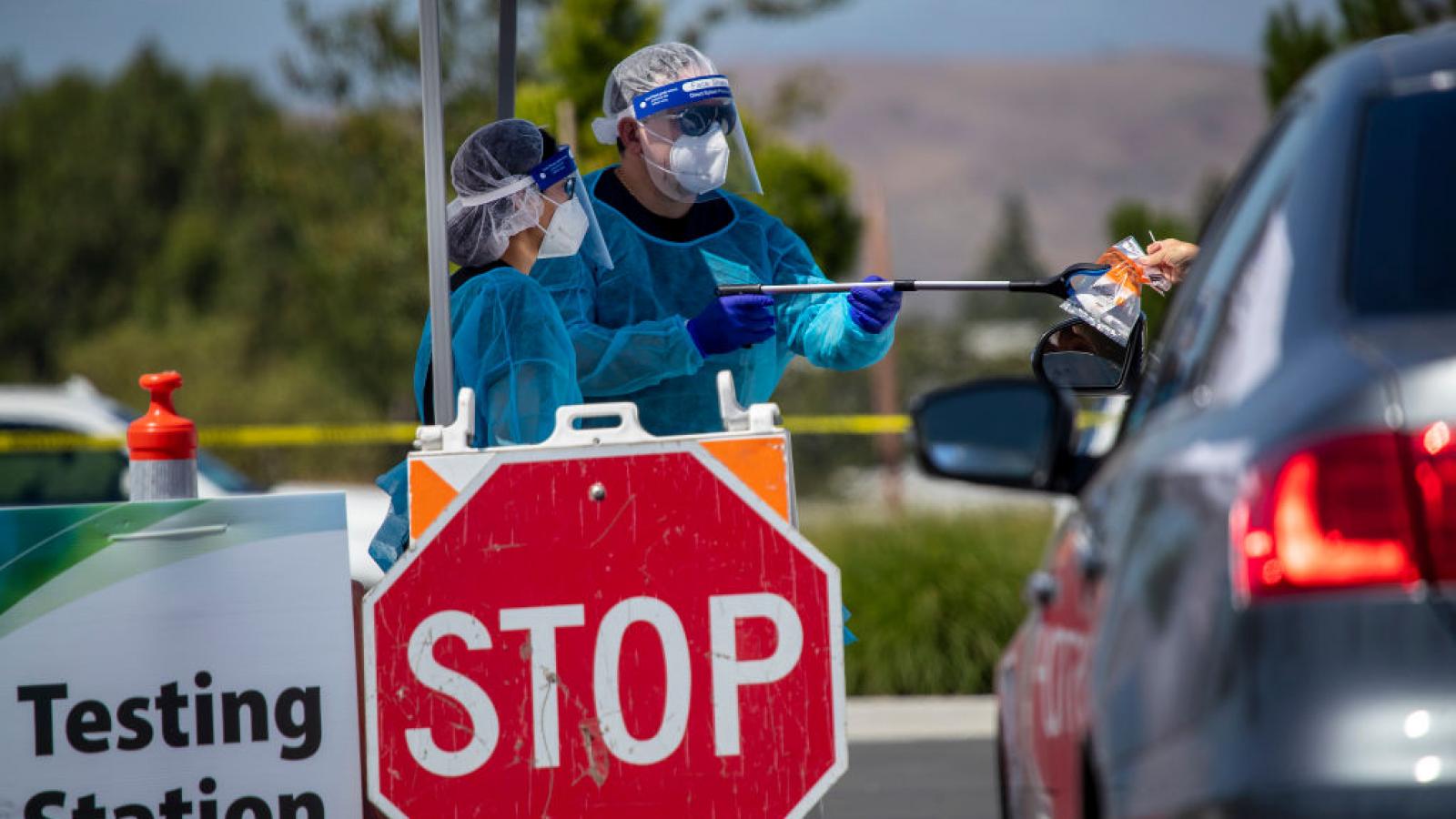 With Gov. J.B. Pritzker’s COVID-19 vaccine mandate for educators in effect Sunday, it’s expected COVID-19 testing will increase and some are calling for additional oversight of the testing program and the money spent on it.

Pritzker’s vaccine mandate for health care workers, college students and educators from Pre-K through college, says those that can’t or won’t take the vaccine must submit to weekly testing. For K-12 schools, a $235 million program provides the U of I’s SHIELD tests at no cost to the district.

The tests cost $35 each. Up to $10 of that could go to a third-party contractor that collects and delivers the test from the school to a lab. The fees are invoiced by SHIELD Illinois to the Illinois Department of Public health based on the test count at no cost to the school.

IDPH said 449 school districts have signed up with SHIELD and 94 are currently using the program. Around a hundred other districts are expected to launch in the next two weeks.

“The remaining schools are going through the onboarding process and we are working with SHIELD to get them online as quickly as possible,” IDPH spokesperson Melaney Arnold said.

“Last April, before the end of the school year, the state began encouraging schools to sign up for SHIELD testing,” Arnold said. “Unfortunately, many schools have waited until now to sign up – approximately 38% signed up after Aug. 24, 2021.”

Calling the testing program a “disaster,” state Sen. Chapin Rose, R-Mahomet, was critical of its rollout, especially with the governor’s vaccine mandate for educators looming.

“And they just wait until it’s past the point of no return to start figuring out the logistics,” Rose said. “You can’t scale up four- or five-hundred school districts in two weeks. It’s impossible.”

A spokesperson for SHIELD Illinois said they’re ready for the increased demand.

“With 114 more public school districts and 45 more non-public schools scheduled to launch testing in the next two weeks, and an additional 84 public and 23 non-public in the three weeks after that (through Oct. 29), we anticipate and are prepared for a continued increase in testing volumes,” Taylor said.

“You’ve got to wonder, is anybody enriching themselves, is there any corruption, is there fraud?” Dabrowski said. “I’m hopeful this government can figure it out, but I’m skeptical.”

Rose, who’s on the Legislative Audit Commission, wasn’t sure how oversight would happen.

“I mean, yeah, there’s going to be oversight, but oversight of what?” Rose said. “The goofballs that failed to anticipate what was easily anticipatable?”

To date, SHIELD Illinois says it has performed more than 826,000 total tests across all organizations, with hundreds of agreements with public and non-public schools.

“As a non-profit unit of the University of Illinois System, SHIELD Illinois operates on a cost-recovery basis, only in pursuit of our mandate as a land-grant institution to use our resources and capabilities for the public good,” Taylor said. “As part of this mission, we continue to look for ways to further reduce the per-test cost to the state and extend even more testing to our fellow citizens.”

A U of I-related company called SHIELD T3 contracts with out-of-state organizations to provide the SHIELD testing services.

In response to questions about how many tests have been performed, a spokesperson said the company “is focused on distributing the innovative saliva-based test outside of Illinois,” and “has run approximately 1.3 million tests to date.”

There are different taxpayer-funded testing programs used by private schools throughout the state, and other programs in the city of Chicago and Cook County.