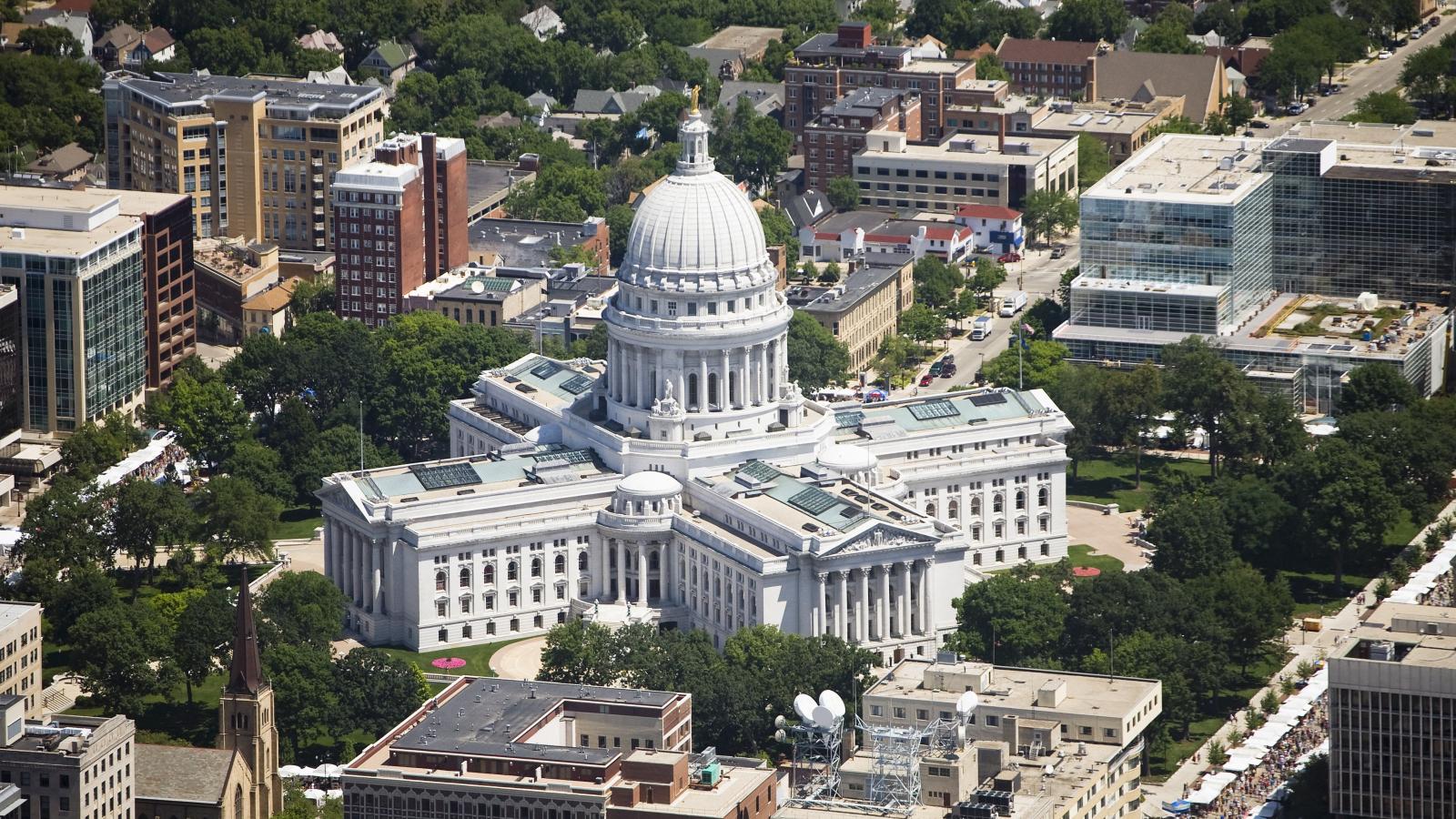 The Wisconsin State Capitol
(timhughes/Getty)
By The Center Square Staff

Wisconsin charter schools are on the rise despite legal hurdles and widespread myths.

One of the schools listed as new is the Carmen Middle School of Science and Technology South Campus. The school was categorized as new because of a location move.

The school’s stated mission is “graduating all students as critical thinkers and self-directed learners who are prepared for success in college, meaningful careers, community involvement and family life.​” U.S. News and World Report honored the high schools in their top category for 2019.

By comparison, the Wisconsin Department of Public Instruction website describes the state’s mission for charter schools: “Wisconsin established charter schools to foster an environment for innovation and parental choice.” The DPI calls them “living laboratories” that impact the overall public school system and demonstrate competition within that system.

One of the ways charter schools demonstrate competition is a standard business concept: failing organizations go defunct when not propped up by government. So standard public schools seldom go out of business regardless of minimal success in improving student outcomes.

Will Flanders, the research director at the Wisconsin Institute for Law and Liberty, co-directed a study of schools in the Milwaukee area on that failure aspect. The study covered a 12-year period.

Flanders described the results to The Center Square in an email. “The main useful finding is that the rate of closures for charter schools was no different than the rate of closure for private and traditional public schools in Milwaukee” from 2005-2017, he said.

The study also found that the charter schools that went under did not do so because of poor academic results, “My supposition is that this is because charter schools in Milwaukee are unequivocally the best performing sector. There's not that much poor performance to cull.”

What surprises Flanders is how well charter schools are doing in Wisconsin despite the hurdles of the legal environment in the state and general public misconceptions.

For instance, according to the National Alliance for Public Charter Schools, Wisconsin provides a poor legal environment for charter schools to thrive.

The Alliance’s 2021 annual report ranking U.S. jurisdictions on the freedom of charter schools to expand came out in January. The report puts Wisconsin at number 39 out of 44 states and the District of Columbia.

Neighboring Minnesota, the first state to sanction public charter schools in 1991, came out at number 4 while Indiana was tops with a score of 181 points out of 240 possible. Wisconsin’s scored 109 points.

In addition, Wisconsin citizens face the same myths regarding charter schools as other areas of the nation, according to Flanders. The National Alliance’s Melinda Tolliver recently wrote online two weeks ago on the four common misrepresentations about charter schools.

The first myth she lists is: “Charter schools are not public schools.”

The website of the National Conference of State Legislatures explains, “Charter schools are publicly funded, privately managed and semi-autonomous schools of choice. They do not charge tuition. They must hold to the same academic accountability measures as traditional schools.”

The advantage in potential innovation for charter schools is described by the legislative group, “They have more freedom over their budgets, staffing, curricula and other operations. In exchange for this freedom, they must deliver academic results and there must be enough community demand for them to remain open.”

In other words, they must please parents and students to survive.

The second myth described by Tolliver: “Charter schools are for-profit.”

“All charter schools are nonprofit entities with a mission to put kids first…. Charter schools raise the bar of public education in every community they serve,” she says.

Tolliver responds, “In fact, charter schools introduce an unprecedented amount of accountability into public education. If a charter school isn’t succeeding for students and families, it can be shut down.”

Moreover, she adds, “Charter schools are also responsible for adhering to the promises laid out in their charter agreement – another layer of accountability.”

Charter school enrollment scaled up by over 60% between 2011 and 2019. “Parents and families believe they work for their children and charter schools have shown that they do,” says Tolliver.