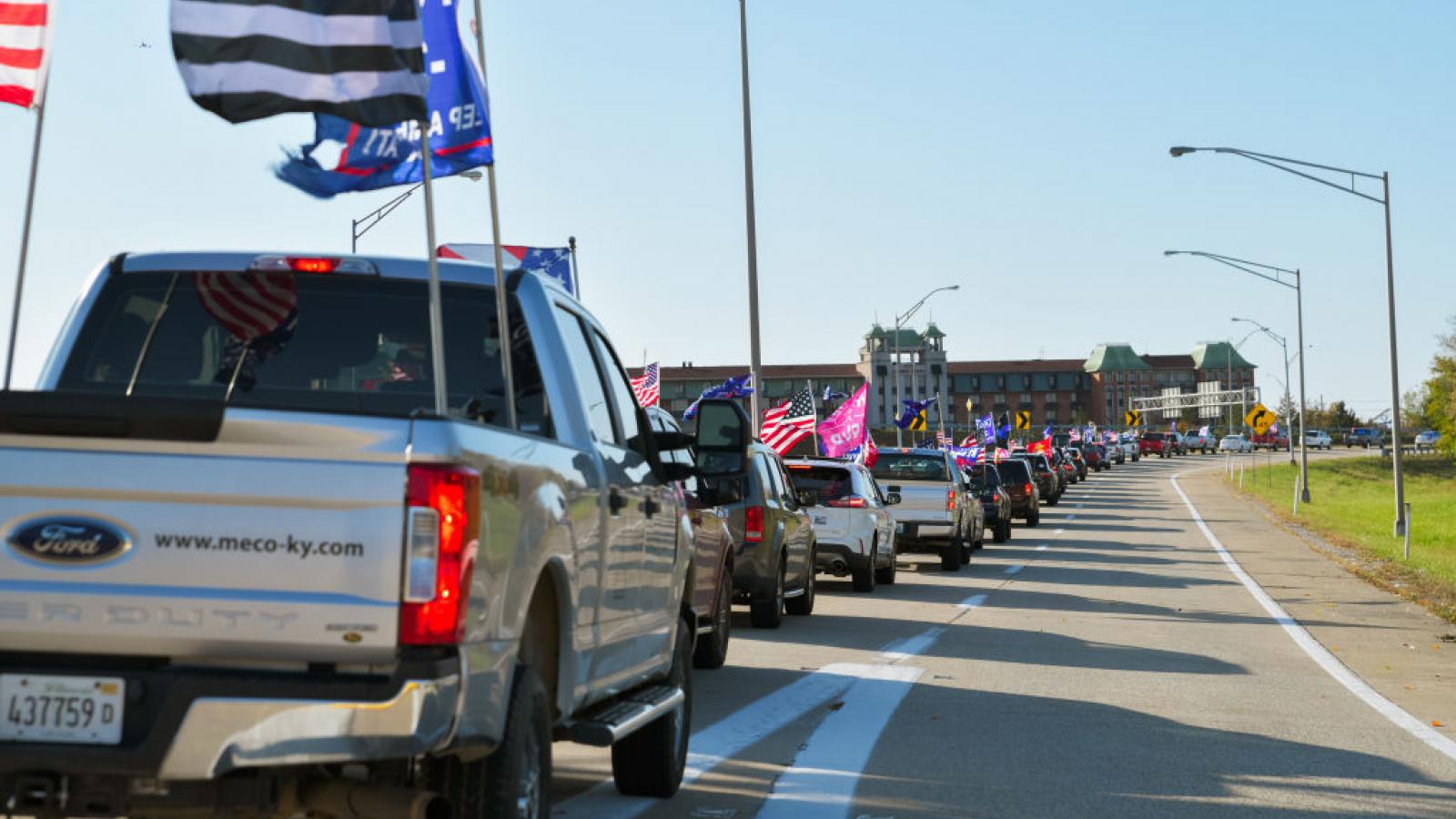 The weekend before the long awaited 2020 presidential election included so-called "Trump Trains," with supporters for the president's reelection bid parading down highways in car, SUV — even joining boats in Southern California.

Events were hosted in such cities as Denver, Houston, Richmond and San Diego — stretching for miles.

The caravans packed the roads and gridlocked traffic as drivers, showed their support by waving flags and honking horns. San Diego's traffic parade merged with a boat parade on the water.

A tour bus for the campaign of Democratic presidential candidate Joe Biden became stuck in a Texas Trump Train on Friday, forcing the campaign to cancel three different scheduled events due to "safety concerns."

The incident is reportedly being investigated by federal officials, amid allegations that the Trump caravan intentionally delayed the Biden bus.

Biden supporters have taken a more socially-distanced approach to supporting their candidate, over concerns about the coronavirus, much like their candidate has done with his campaign.

Kentucky, Maryland, Missouri, New Jersey and New York were among the many other states where Trump parades were held.