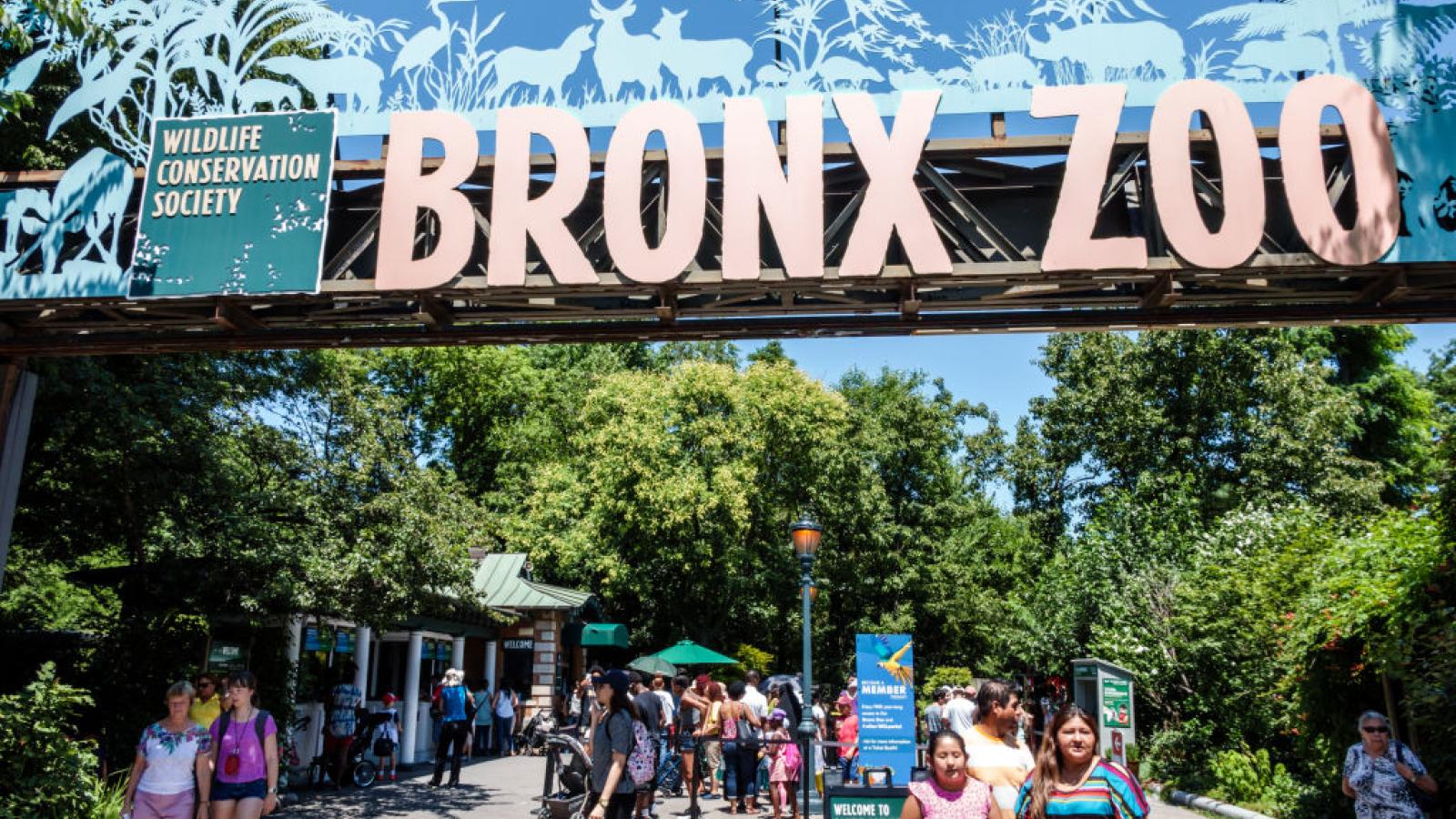 A woman visiting the Bronx Zoo on Thursday was caught on camera jumping a barrier near the lion exhibit, throwing $100 bills at the large animal, while also proclaiming in a loud voice: "King, I love you, I came back for you!"

The woman—who is yet to be officially identified—was dressed in a large blonde wig, red dress, and a leopard-printed shawl when witnesses say she began speaking to the dangerous feline "as if they were old friends."

According to local news station WNBC, this is the second time in less than two years that a woman has breached the safety enclosures near the exhibit.

In 2019, Myah Autry was convicted on two counts of criminal trespassing after she climbed the same barrier while allegedly yelling that the lion loved her.

Despite authorities not yet identifying a suspect in today's incident, witnesses tell WNBC that the woman appears to match Autry, based on posts she made on social media.

On her Instagram account, Autry is seen sporting the same outfit and hairstyle as Thursday's trespasser at the zoo.

Zoo officials released a statement shortly after the stunt, announcing their intention to file criminal charges against the woman.

"This situation involves one individual who is determined to harass our lions with no regard for her safety, or the safety of our staff and our guests, and no regard for the well-being of the lions. We have an NYPD substation in the park and are working closely with them to resolve this situation with this individual," said a Bronx Zoo spokesperson in a statement to WNBC.

"The Bronx Zoo has a zero-tolerance policy in matters such as this and will aggressively seek prosecution against this individual and anyone who violates park safety rules."