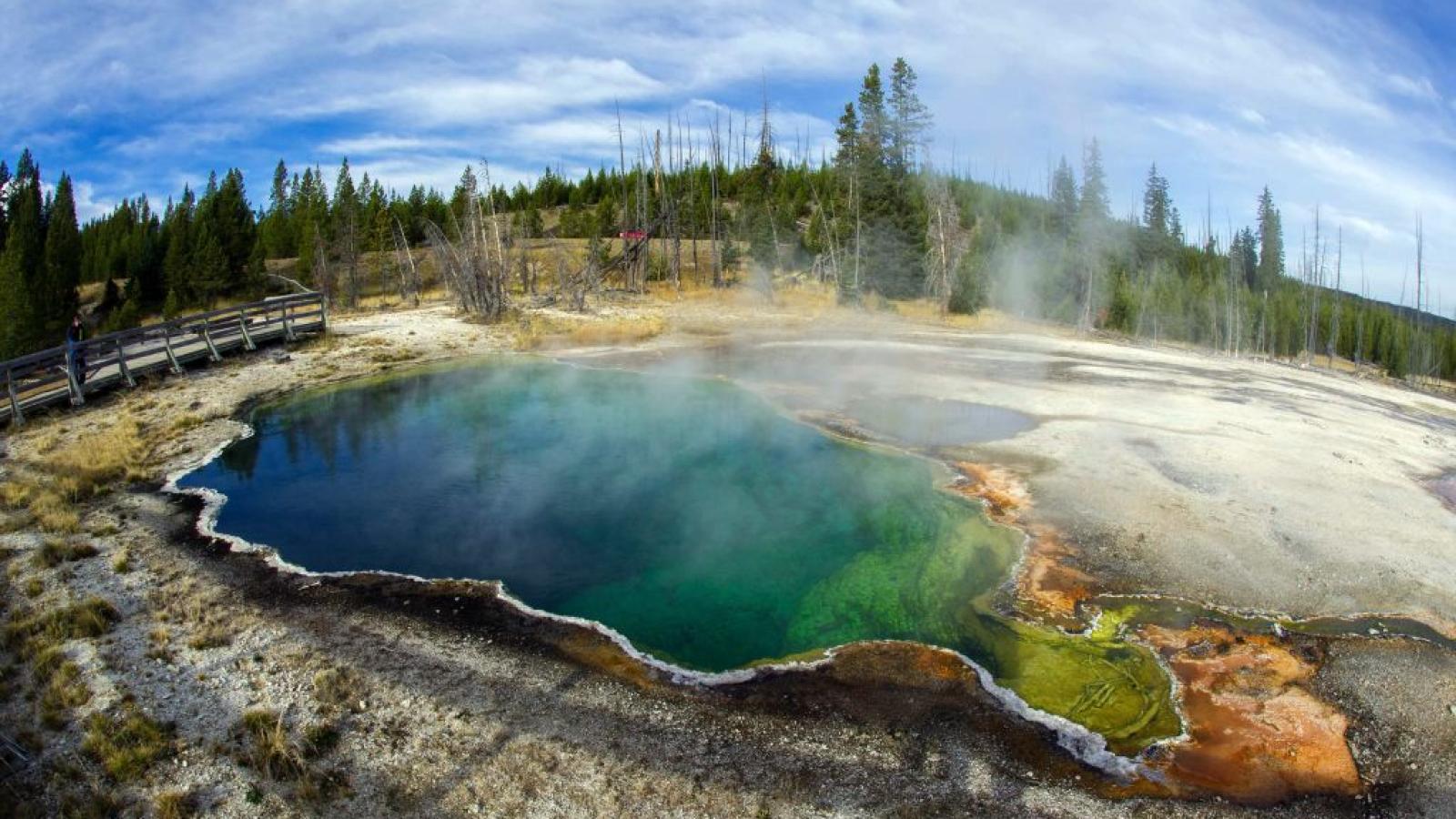 The National Park Service on Friday said that partial human remains were found at one of Yellowstone's deepest hydrothermal pools, with officials stating that an investigation had been launched into the origins of the grim discovery.

On Tuesday of this week a park worker " found part of a foot, in a shoe, floating in Abyss Pool, located in the West Thumb Geyser Basin in the southern part of Yellowstone National Park," the NPS said in a Friday press release.

Abyss Pool "is one of the deepest hot springs in the park, descending 53 feet," the NPS says elsewhere on its website. The temperature in the pool is "approximately 140 degrees."

The park service said "evidence from the investigation thus far" suggests "that an incident involving one individual likely occurred on the morning of July 31, 2022, at Abyss Pool."

"Currently, the park believes there was no foul play," the news release added, stating that an investigation into the incident was ongoing.

NPS said that areas around the pool was "temporarily closed to visitors due to the discovery but have since reopened."