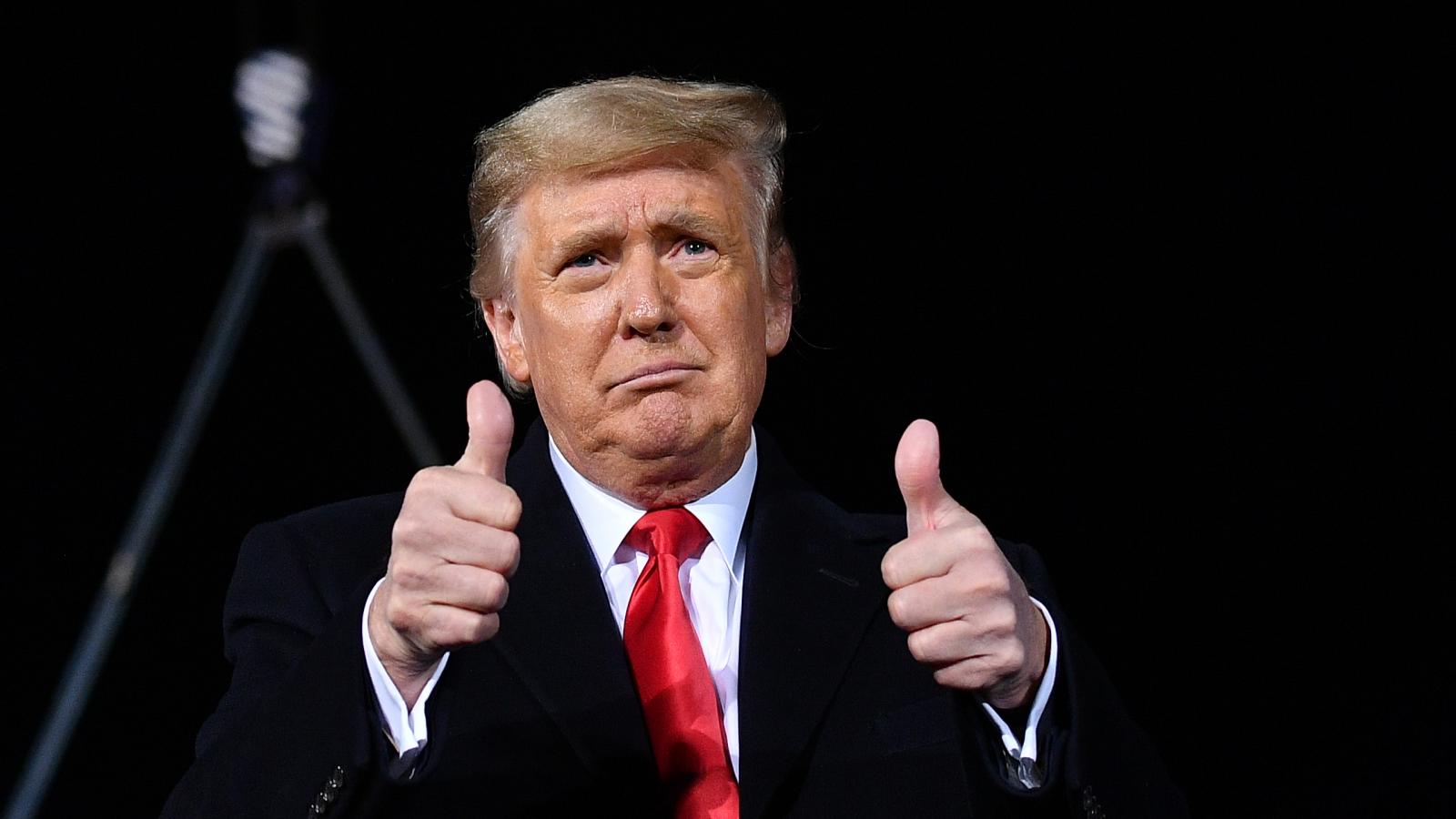 While President Trump is no longer in office, RNC Media Surrogate Bruce LeVell discussed how he positively impacted minority communities, unlike most of the recent Republican presidents.

"I was privileged to start up one of the largest coalitions for him in 2015, which we got 9% of the black vote in '16, which we got 14% in 2020. Now, President Donald John Trump the quote, accused racist, after 40 years of public eye that he gets called that, lands the largest turnout in minority votes in the history as a Republican president, since 1960," LeVell said.

"A lot of the losses around this great nation in our Senate seats in Georgia, and other runs across the nation, outside of the crazy mail-in ballots, but President Donald John Trump was the only one that really truly understood how to go in there and ask for the black vote or Latino vote aggressively. 'What the hell do you have to lose? Look at your streets. Look at - that's bold, bold talk. 'Let me show you what I can do.' Then what does he do? He gets the lowest black unemployment in my lifetime, John – 1972, that's when they start recording it. So, with that being said, he was the only one that was visionary behind - way beyond that."

LeVell detailed the other accomplishments President Trump made with regard to minority communities, as well as how he encouraged them to strengthen their communities.

"Listen, we accuse the Democrats going in black communities, promising the world and then doing nothing, come back four years later. That's true. But what legacy do we have as Republicans towards the minority vote? Only thing I can see, the success is Donald John Trump," LeVell said.

"So that's the key with the president's challenge, is that 'listen, build your retail commodities, build your business, build your families.' Let's talk about the justice system, about these 20-30 years' sentencing, on nonviolent offenses, locking away the black man away from the home, and then addressing incentivizing a black woman who has children in a project but does not allow her to put a man in the house, so that cuts the subsidies talk."

As far as the former president's next steps, LeVell said that Trump is vetting out those who were working with him but were not actually for the MAGA movement, will be campaigning for Republicans who won't take special interest money, and is focusing on election integrity.

"It's actually a great situation that we're going through, to really vet out the folks who really were in it for their own special personal, you know, what they wanted, and not the actual movement. Remember, President Trump represents the actual 75-plus billion. He's the vessel, the vehicle of America First movement. It's not him as a cult sensation. It's - he's the vehicle that God's put in there to be the vehicle, the vessel of this message, and we are the ones that are with him. That's why it's always "we, we, we" - it's not "me" with him, he says, "we we, we did this, we did that," "we, we, we," LeVell said.

LeVell mentioned that America will be hearing from Trump soon.

"Well, as soon as the - I call it, the dust settles, you're gonna see him, I'm sure, be a little more vocal coming soon and probably even more vocal as we get closer. Obviously, 2022 for some congressional seats and Senate seats, as well as some governors that are going to have a tough time. Also, in addition to possibly 2024 - I'll just put it there like that," LeVell said.

Trump will also be campaigning for Republicans who are part of the America First movement, LeVell said.

"Well, he has a tremendous arsenal, you know, and you know, he's actually been, so far, unvocal to some of the sitting governors that weren't so friendly to him when there were some strong conversations of the appearance of impropriety - especially battleground states as it relates to the quote, mail-in ballots that had no chain of custody, no supervision," LeVell said.

"But the most powerful component that the President possesses is that narrative, and those are the - that's what we're looking for - from the city council seat, from the state rep seat, to our probate judges, our district courts, Superior Court, you know, district attorneys - these are the folks that we're enticing and want to run for these seats, who will not be beholding and take PAC - you know, large special interest money, so then they're in control."