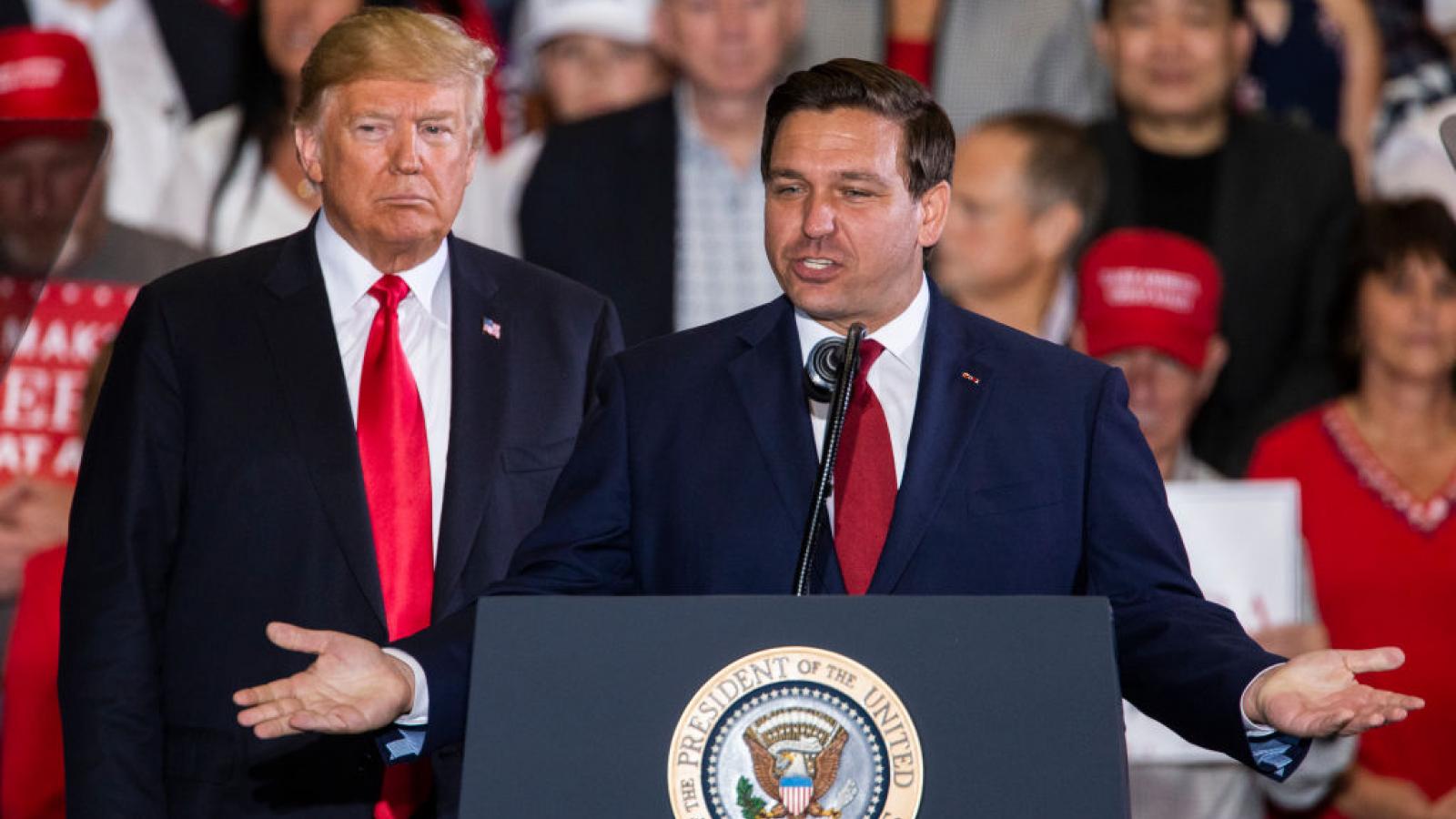 Former President Donald Trump attacked Florida Gov. Ron DeSantis in a rant on his social media platform TRUTH Social on Thursday, referring to him as "average."

DeSantis is "an average REPUBLICAN Governor with great Public Relations, who didn't have to close up his state, but did, unlike other Republican Governors," Trump wrote on TRUTH Social.

The former president claimed that he saved Ron DeSantis's campaign back in 2018 when he first ran for governor against Andrew Gillum by sending the FBI to stop the election from being stolen in Broward County.

"I also fixed his campaign, which had completely fallen apart," Trump's TRUTH Social rant continued. "I was all in for Ron, and he beat Gillum, but after the Race, when votes were being stolen by the corrupt Election process in Broward County, and Ron was going down ten thousand votes a day, along with now-Senator Rick Scott, I sent in the FBI and the U.S. Attorneys, and the ballot theft immediately ended, just prior to them running out of the votes necessary to win. I stopped his Election from being stolen."

Just days before this attack against the Florida governor, Trump took a shot at DeSantis during a rally, calling him "Ron DeSanctimonious."

It has been rumored that DeSantis is planning a run for the GOP presidential nomination in the 2024 presidential race, but he has not confirmed that rumor.

"And now, Ron DeSanctimonious is playing games!" Trump posted on TRUTH Social. The Fake News asks him if he's going to run if President Trump runs, and he says, "I'm only focused on the Governor's race, I'm not looking into the future." Well, in terms of loyalty and class, that's really not the right answer…"