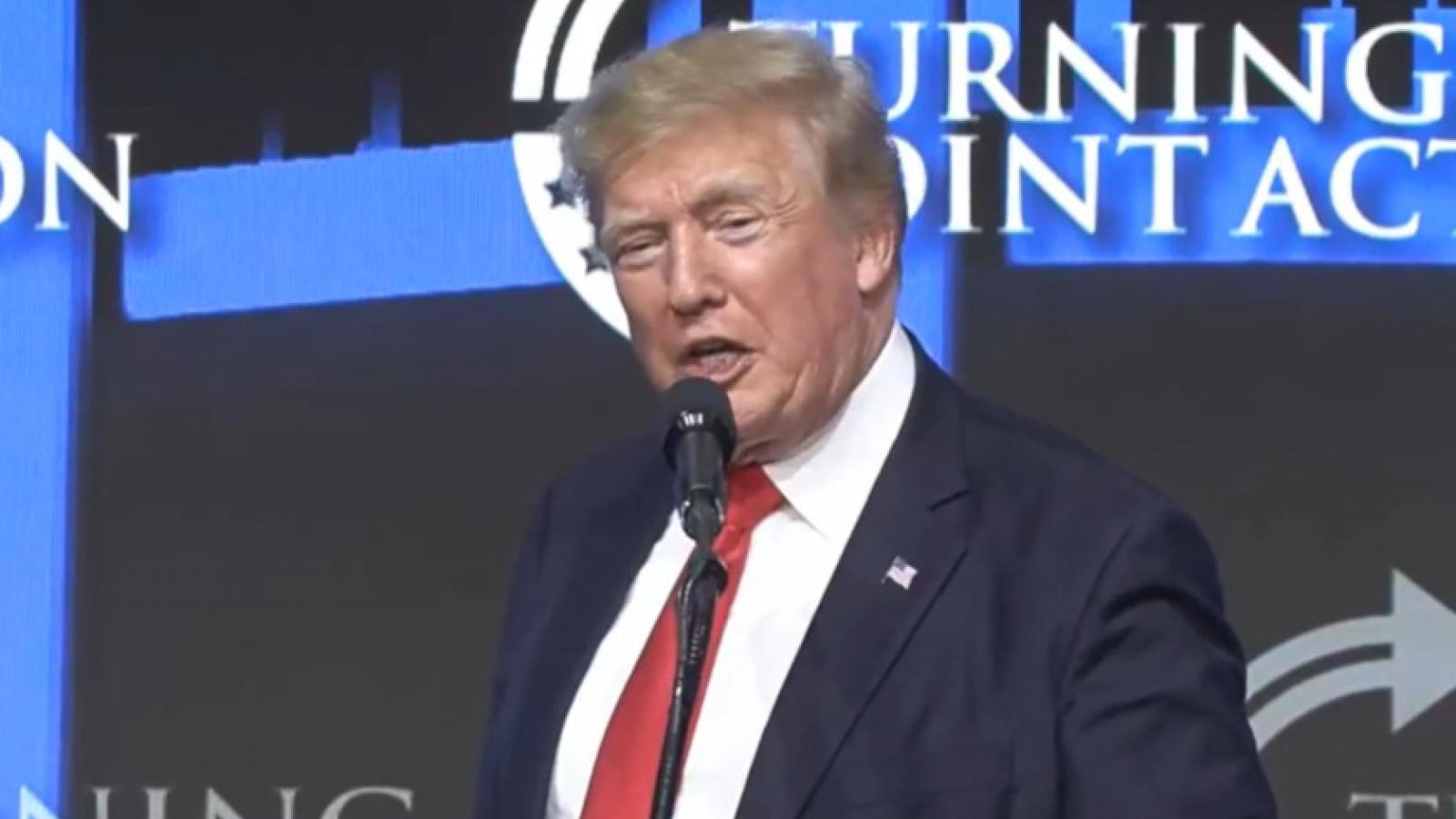 Former President Donald Trump made a series of scathing posts on his platform Truth Social to refute Democrats' Jan. 6 claims live while the House committee investigating the Capitol riot held a hearing on Tuesday.

"I hardly know who this person, Cassidy Hutchinson, is, other than I heard very negative things about her (a total phony and 'leaker')," Trump wrote, beginning his series of statements about the Jan. 6 hearing by attacking witness Hutchinson, who served as a senior aide to Trump's chief of staff Mark Meadows.

Trump responded on Truth Social: "Never complained about the crowd, it was massive. I didn’t want or request that we make room for people with guns to watch my speech. Who would ever want that? Not me! Besides, there were no guns found or brought into the Capitol Building…So where were all of these guns? But sadly, a gun was used on Ashli Babbitt, with no price to pay against the person who used it!"

Babbitt was shot and killed by Capitol Police Lt. Michael Byrd on Jan. 6.

Hutchinson told the House select committee that the former president physically attempted to force his limousine toward the Capitol during the riot.

"Her Fake story that I tried to  grab the steering wheel of the White House Limousine in order to steer it to the Capitol Building is 'sick' and fraudulent, very much like the Unselect Committee itself - Wouldn’t even have been possible to do such a ridiculous thing. Her story of me throwing food is also false…and why would SHE have to clean it up, I hardly knew who she was?" he replied to her claims.

Trump said that Hutchinson "changed lawyers a couple of days ago, and with it, her story totally changed."

He went on to criticize the Jan. 6 committee for having a cross examination of Hutchinson.

"This is a Kangaroo Court!" he stated.

Trump strongly denied the claims that he supported hanging Vice President Mike Pence for supporting the certification of the electoral college vote.

"I NEVER SAID, 'MIKE PENCE DESERVES IT (to be hung). Another made up statement by a third rate social climber!" Trump wrote.

He also questioned why Congress would not use the thousands of service members he wanted at the Capitol before the rally.

"Why didn’t they use the 10,000 troops that I offered up on January 3rd? There would have been no January 6th?" Trump asked.