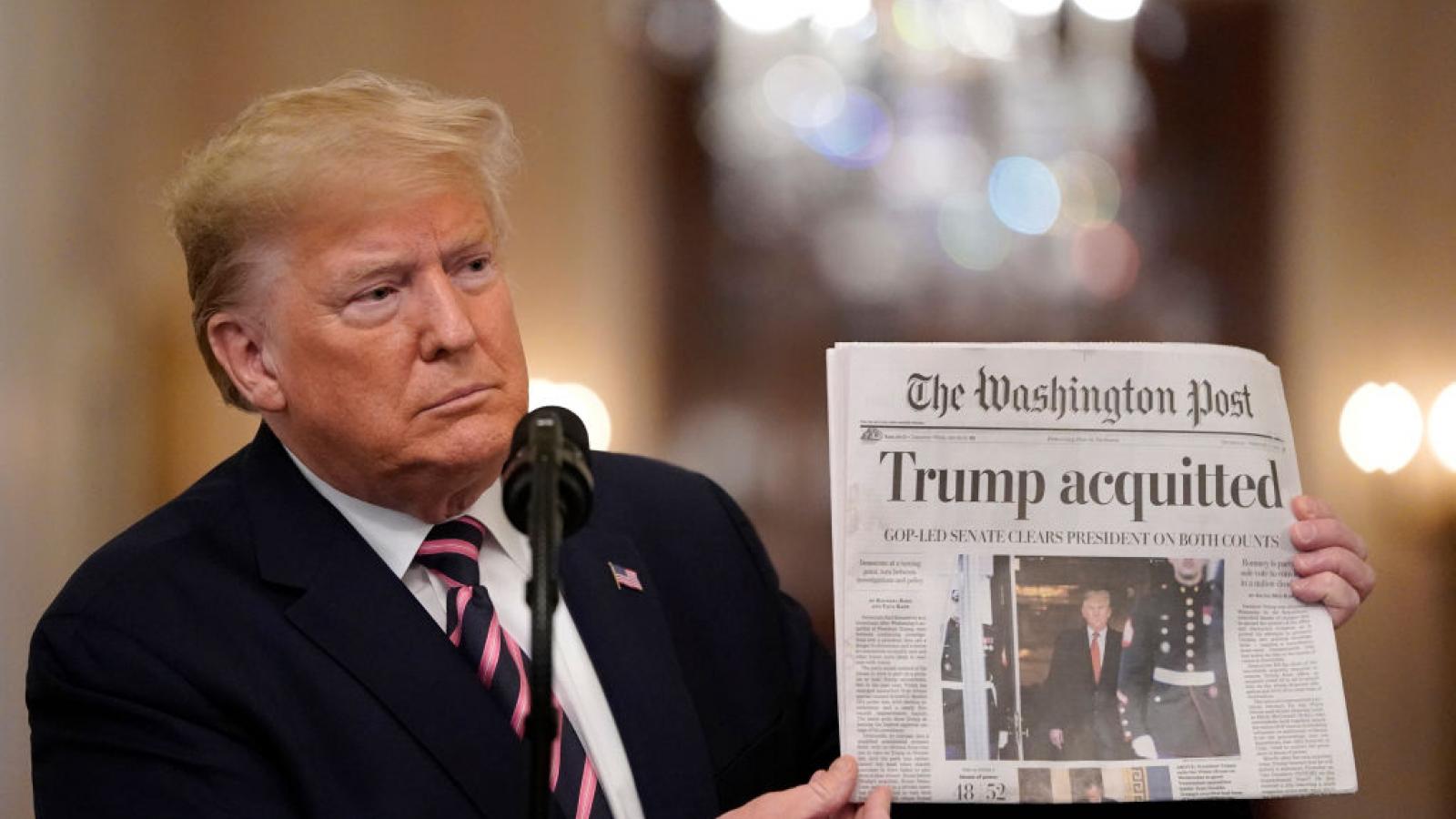 President Donald Trump after he is acquitted February 6, 2020 in Washington, DC.
(Drew Angerer/Getty Images)
By Just the News staff

Former President Donald Trump on Thursday released a cryptic statement about those who protested at the Capitol on Jan. 6, saying they have been “persecuted so unfairly.”

His statement comes two days before a rally on Capitol Hill to draw attention to the hundreds of people arrested in connection with the riot, including some still behind bars without bail for what prosecutors say are some of the most violent of the alleged crimes.

Trump in the statement also returned to his long-standing argument that he lost his 2020 reelection bid as a result of voting irregularities and fraud.

The January riot was preceded by a rally near the White House over concerns the election results showing Democrat Joe Biden the winner of the presidential race were illegitimate.

"Our hearts and minds are with the people being persecuted so unfairly relating to the January 6th protest concerning the Rigged Presidential Election," Trump said in the statement. "In addition to everything else, it has proven conclusively that we are a two-tiered system of justice. In the end, however, JUSTICE WILL PREVAIL!"

Whether he intended to say "prosecuted," instead of "persecuted" and whether he released the statement ahead of the "Justice for J6" rally set for Saturday is unclear.

Also unclear is whether Trump in writing about a “two-tiered system of justice” was referring to new data comparing police assaults, arrests and charges in the summer 2020 social justice protest to those in the Jan. 6 riot.