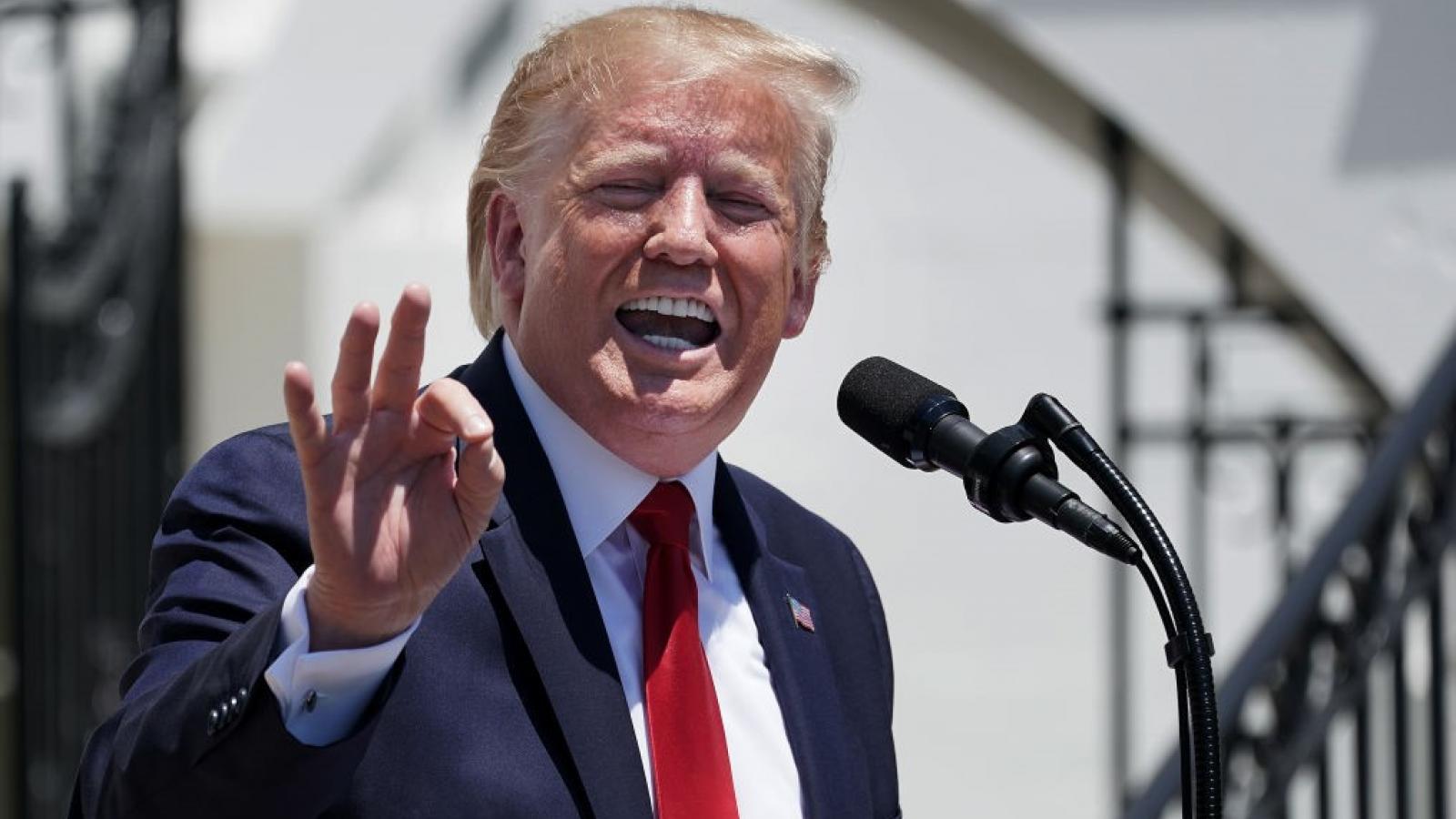 Former President Donald Trump criticized President Joe Biden's withdrawal from Afghanistan, saying, "it's inconceivable that anybody could be so incompetent, stupid."

"To imagine that you take out your military before you take out your U.S. citizens and civilians and others that maybe helped us -- to even think of that, it's not something that can be believed," Trump told Newsmax's "Greg Kelly Reports" on Wednesday.

He discussed the U.S. troops being sent back to Afghanistan to evacuate people, saying, "I think our soldiers are in danger. There's never been anything so poorly handled.

The former president discussed the picture that the White House released of Biden sitting in an empty situation room at Camp David, having a virtual meeting with his national security team regarding the situation in Afghanistan.

"To be sitting there by yourself, alone, is unusual," Trump said. "I think it was just a setup picture to try and show that he's working, and he's not working. And more importantly than not working, what their thought process is wrong, the whole group of them. They don't know what they're doing."

"We have thousands of potential hostages sitting there," he continued, referring to the civilians that have yet to be evacuated. "Our military left and now we're trying to get our military back there."

Trump discussed the conversations he had with the Taliban regarding U.S. withdrawal from Afghanistan.

"I spoke with the heads of the Taliban – I had very, very tough conversations," Trump said. "They knew there'd be hell to pay if anything happened like this.

"And by the way, who could even think a thing like this could happen? But they knew there'd be hell to pay and it would start right at their village where they all lived – where they lived very happily. We had this worked out, it was going to be great."

Trump said the Biden administration's handling of the U.S. withdrawal was a result of the 2020 election being "rigged."