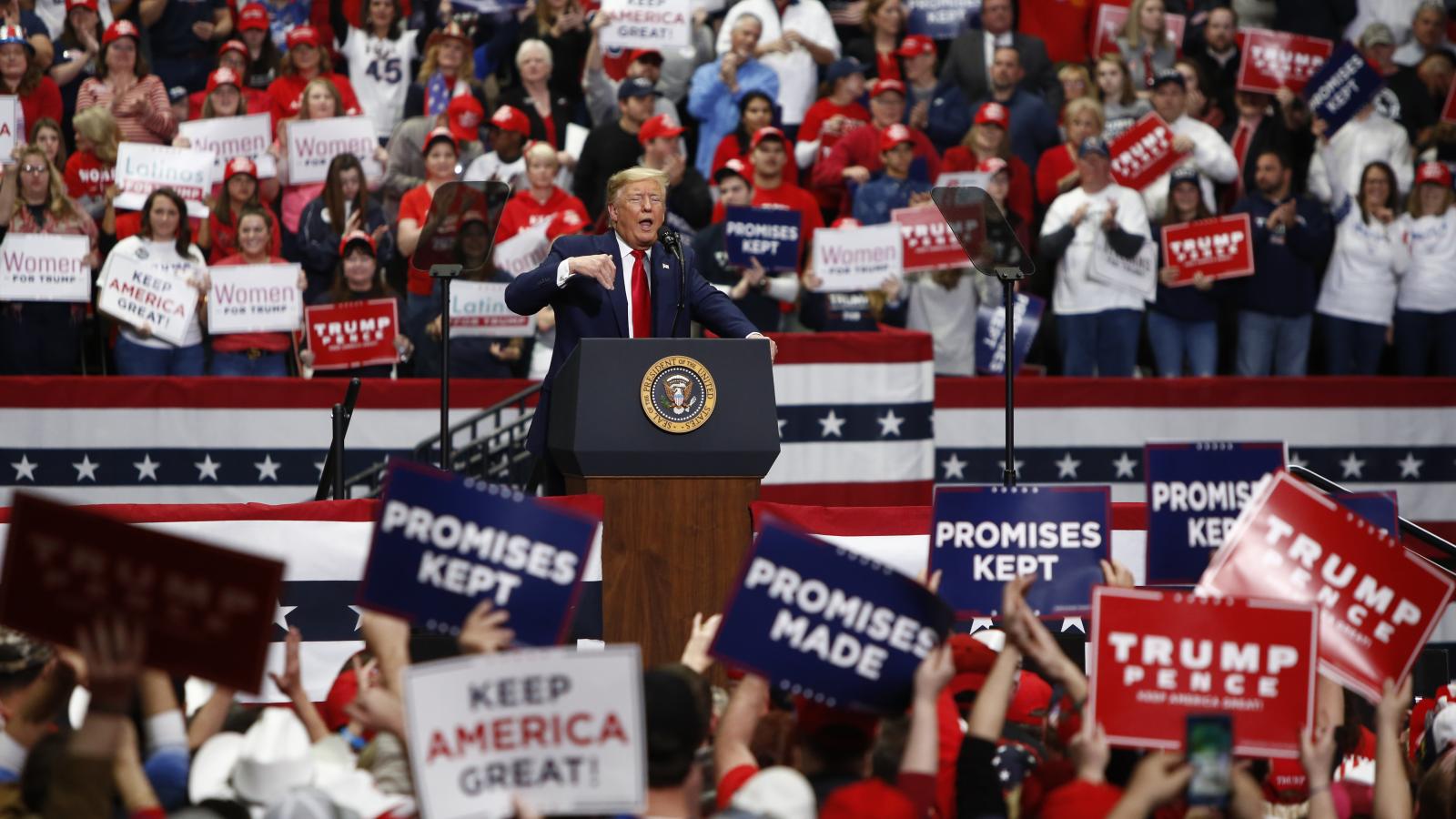 Former President Donald Trump on Tuesday canceled his Jan. 6 press conference, which would have coincided with the one-year anniversary of the riot at the U.S. Capitol.

Trump plans on discussing the topics scheduled for Thursday on Jan. 15 in Arizona instead.

"What has become more and more obvious to ALL is that the LameStream Media will not report the facts that Nancy Pelosi and the Capitol Sergeant-at-Arms denied requests for the D.C. National Guard or Military to be present at the Capitol," Trump wrote. "Their emails and correspondence with the Department of Defense exist, but the media won't ask for this evidence, or report the truth!"

The former president asked several questions in his announcement: "Why did Adam "Shifty" Schiff forge and change the statement of Congressman Jim Jordan without any consequence? Why will Crazy Nancy Pelosi not provide her communications with the House Sergeant-at-Arms and the House Chief Administrative Officer, or promise to retain these vital messages, which many feel she has already destroyed--perhaps illegally? Also, why is the primary reason for the people coming to Washington D.C., which is the fraud of the 2020 Presidential Election, not the primary topic of the Unselect Committee's investigation?"

"This was, indeed, the Crime of the Century," he added.

Chairman Bennie Thompson (D-Miss.) told CNN Tuesday that he wants the panel to speak with former Vice President Mike Pence. "I would hope that he would do the right thing and come forward and voluntarily talk to the committee," Thompson said. "We have not formally asked. But if he offered, we'd gladly accept. Everything is under consideration."