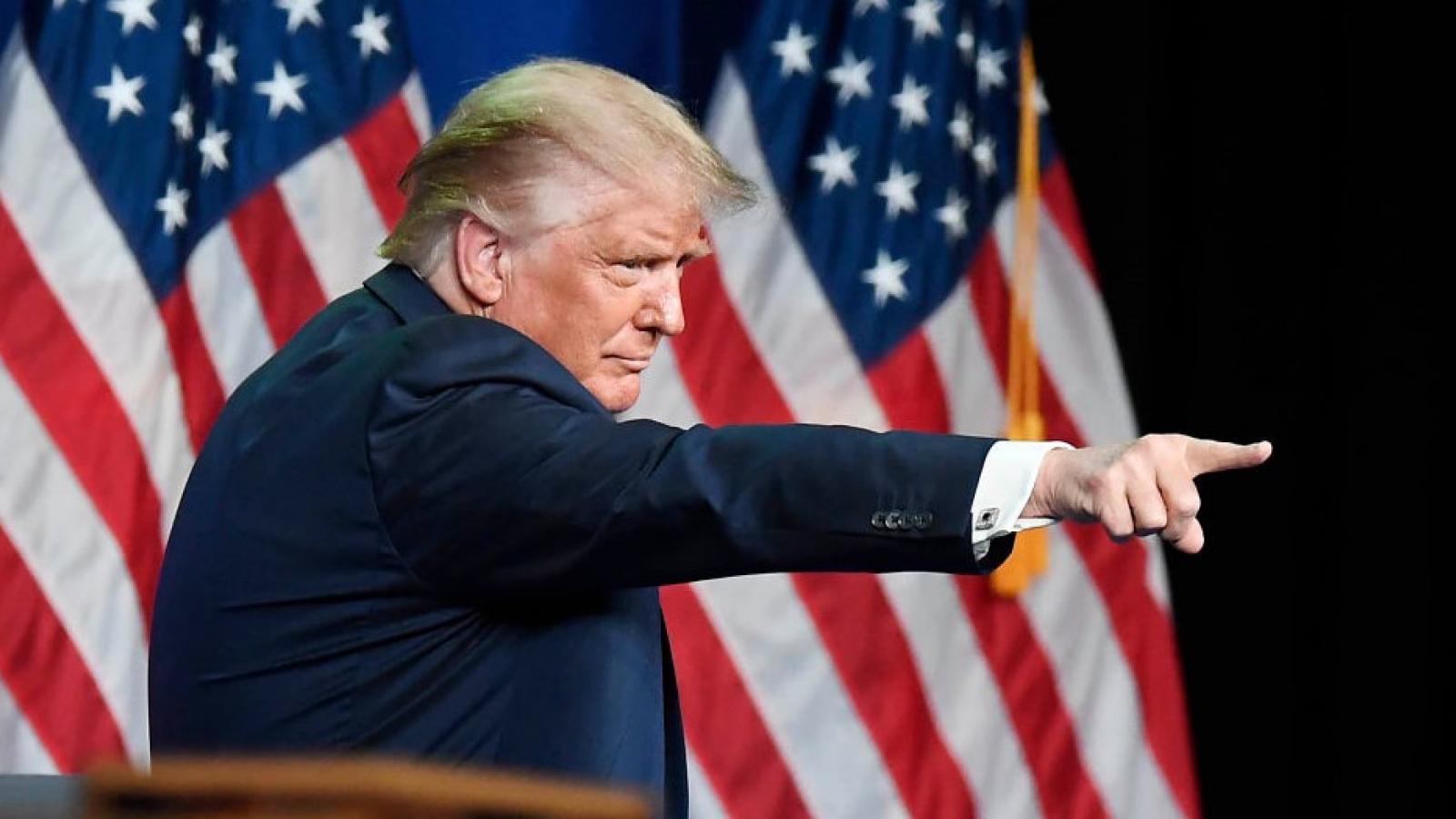 Former President Trump has jokingly endorsed two New York Democrats for Congress, each of whom responded by attacking the 45th president.

Trump's first endorsement Wednesday evening went to Dan Goldman, heir to the Levi Strauss & Co. fortune who served as lead Democratic counsel in Trump's first impeachment, and is competing for a House seat.

"Lawyer Dan Goldman is running for Congress, NY-10, and it is my great honor to Strongly Endorse him," Trump said on Truth Social. "I do this not because of the fact that he headed up the Impeachment Committee and lost, but because he was honorable, fair, and highly intelligent. While it was my honor to beat him, and beat him badly, Dan Goldman has a wonderful future ahead."

Less than10 minutes later, Trump posted his endorsement of House Oversight Committee Chairwoman Carolyn Maloney, a fierce critic of the former president who is leading a congressional investigation related to the FBI's raid on his Mar-a-Lago estate.

"A vote for Carolyn Maloney in NY-12 is a vote for the future!" Trump wrote. "She is a kind and wonderful person, who has always said terrific things about me, and will support me no matter what I do, just as I supported her very early on. She begged for a check with no quid pro quo, and I gave it to her. In fact, I gave her many."

"Trump doesn’t respect women," she also said." He instigated the attacks on January 6th and claimed that the 2020 election was a big lie."