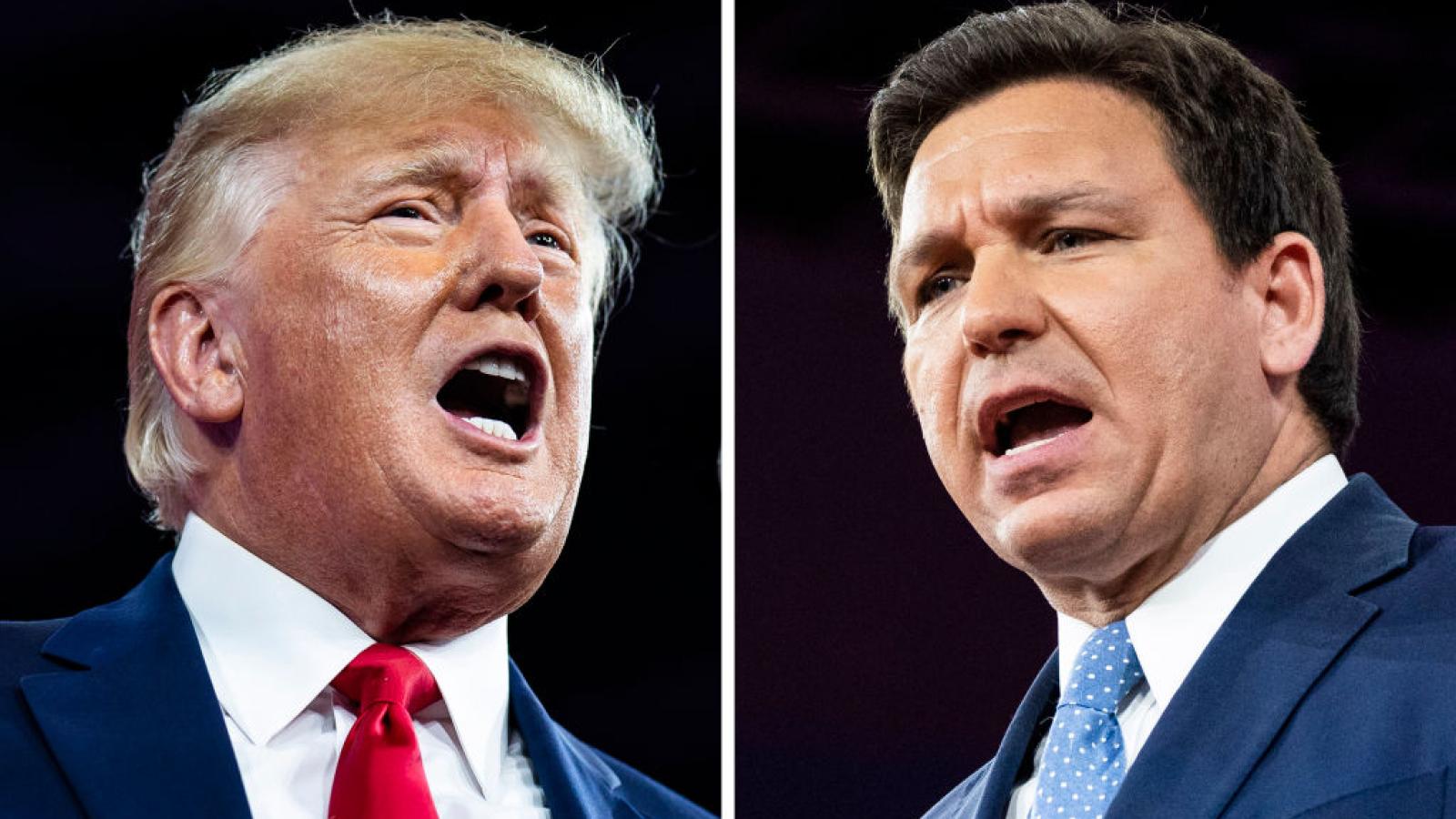 Despite fully endorsing DeSantis in 2018 as "my great friend," Trump has since dubbed DeSantis a "RINO," or a "Republican in name only," At a rally earlier this month, Trump started calling DeSantis "DeSanctimonious."

Trump likely views DeSantis as a rival for the 2024 GOP presidential nomination. While some polls show DeSantis beating Trump for the nomination, others, such as the Premise Data poll touted by the former president on Sunday, suggest that reports of Trump's decline in popularity could be exaggerated.

Trump's disdain for DeSantis came to a head on Thursday, when he went on a 475-word diatribe slamming the governor on Truth Social.

The two have not spoken since early summer, according to a Washington Post report. Trump has somewhat of a history of alienating people once thought to be close allies.

In January, former Vice President Mike Pence said he had not spoken to Trump since summer 2021. It is unclear whether they have spoken since, but Trump criticized Pence in September for committing "political suicide" because he refused to halt the electoral vote certification on Jan. 6, 2021.

Much like he did with DeSantis, Trump endorsed Senate Minority Leader Mitch McConnell in 2020, but after the two split over the presidential election, Trump began calling the Kentucky Republican an "old crow," among other things.

DeSantis, who won reelection by nearly 20%, has not responded publicly to Trump's insults.

Meanwhile, amid the struggle between Trump and DeSantis, some Senate Republicans are calling for a postponement of leadership elections, according to a letter obtained late last week by Politico. While McConnell has consistently won the full support of his conference, several Republicans are now voicing their support for other potential leaders, such as Sen. Ron Johnson (Wisc.) or Sen. Rick Scott (Fla.).