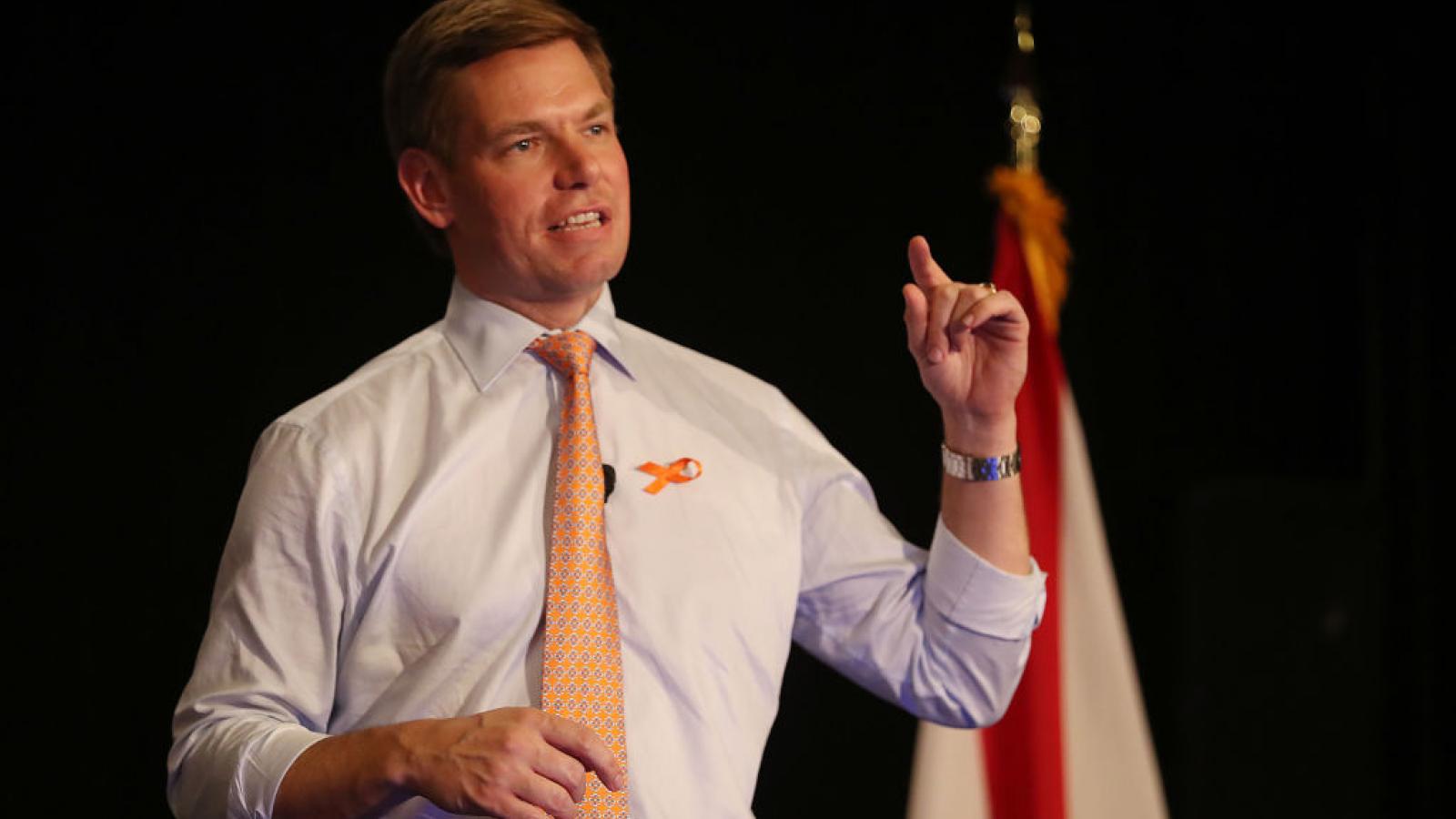 Each of the defendants spoke at a pro-Trump rally before the riot.

The lawsuit alleges their speeches were the breaking point that led to the riot, following months of accusations of election fraud from Trump's camp.

"The horrific events of January 6 were a direct and foreseeable consequence of the Defendants’ unlawful actions," the complaint read. "As such, the Defendants are responsible for the injury and destruction that followed."

Swalwell was one of the Democratic-led House impeachment managers who unsuccessful tried in a Senate trial to convict Trump of insurrection.

The suit seeks damages but for an unspecified amount, according to The Hill. It also requests a court order requiring Trump and his allies to give a week's notice ahead of any future rally in D.C. related to an election.

The complaint also allege that defendants conspired to stop senators and then-Vice President Mike Pence from certifying the Electoral College votes that would declare President Biden  the next president.

"Under no circumstances will Swalwell, or any other Socialist, stop me from fighting for America," Brooks said in a statement.